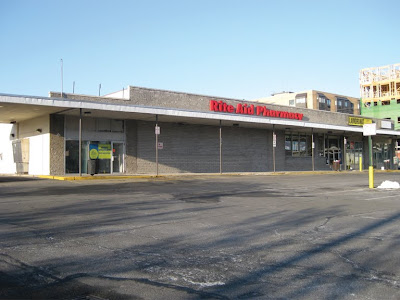 Located at 123 Anderson Street in Hackensack, New Jersey, this former Acme is now occupied by a Rite Aid and Laundromat. A bank was located to the left side of the building but was probably added on after the Acme closed. You can see a slight difference in the color of the bricks used for the front of the bank. You can also see different bricks on the front of the Rite Aid. They don't quite seem to outline where the windows and doors to the Acme were... more likely covering a section that was occupied by another store when the Acme was first sub-divided. Interesting how the landlord has maintained the original look of the Acme over the years rather than upgrading the facade to a more modern look as tenants came and went. 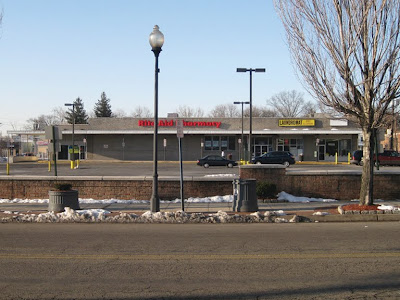 This Acme closed in the late 70's to early 80's. I'm not sure of the local competition it may have had at the time or why this this store didn't survive. This location seems ideal for a grocery store and Acme was fairly invincible during the 70's and 80's. Most North Jersey stores of this style and size lasted until the 90's. 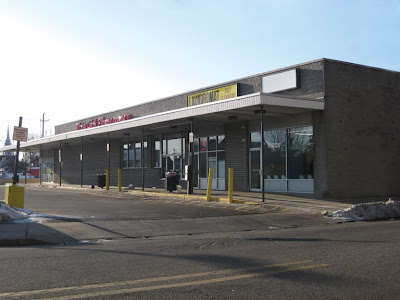 A left over Acme sign post there at the entrance. The script logo probably lined the awning all the way til the end. This store appears to have not gotten the "Super Saver" awning of the 70's, which later became just the regular Acme awning that most 50's/60's Acmes were upgraded to. 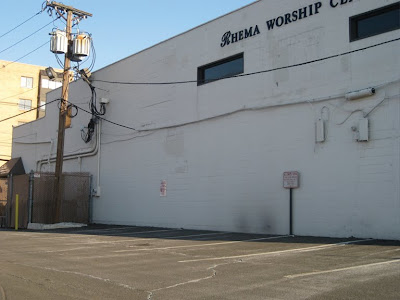 The back section and employee breakroom area are now a worship center. Certainly not the first time an old Acme became a house of worship. Several old pitched-roof stores became churches. They have yet to be featured on Acme Style but will be in the future. 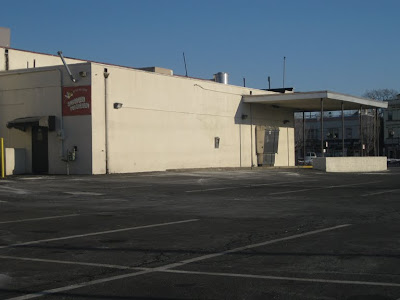 This section was occupied by a bank but is now vacant. The original Acme awning appears to have been extended to this new section and matched carefully. I doubt this whole section was here when the building was an Acme but honestly, I have no idea. All of this went down many many years ago. Perhaps a Hackensack resident can offer some more information to the history of this store. 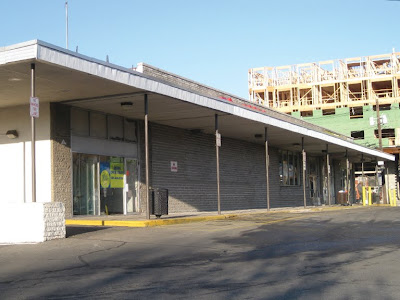 The front of this former Acme has a similar look to the Newton store minus the "Super Saver" awning. 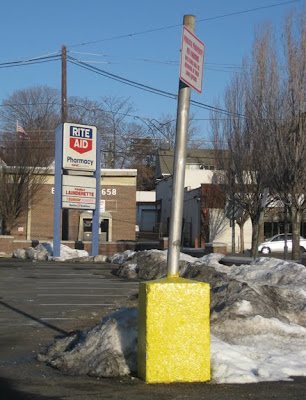 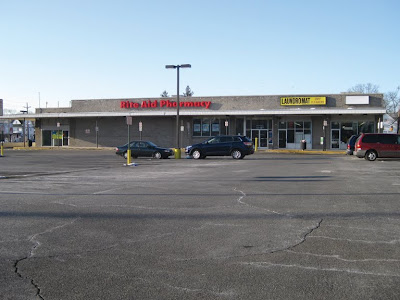 One last look at the front before we head above... 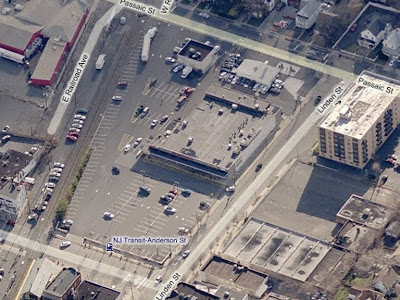 Like many 50's/60's stores... ample parking was available. Probably more than was ever needed even the day before Thanksgiving. 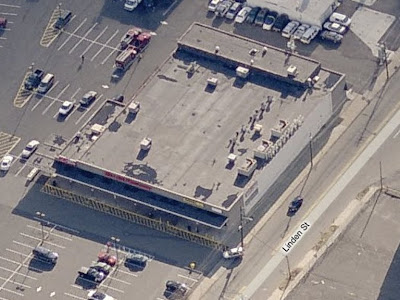 The awning and raised section in the back... classic Acme elements. 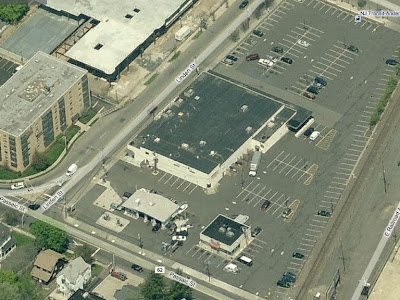 Leaving Hackensack and on to the next North Jersey destination...