Out with the old, in with the new... Clifton, NJ 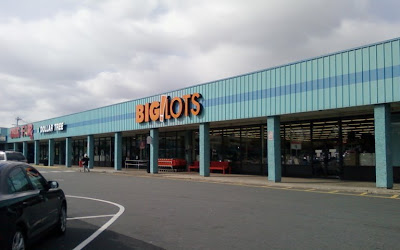 This was the former location of the Acme on Rt. 46 in Clifton NJ. Opened sometime in the 60's or 70's. I would guess that Acme signed onto this location after plans for this shopping center were already developed. The store was lacking many of the physical characteristics common of Acmes of that era. Most unusual was that the dairy department ran across the back of the store. The Meat Department and Corner Deli were along the far right wall.

UPDATE 7.14.09: When this store first opened the aisles ran parallel to the front of the store. With this set up the Dairy, Meat and Deli departments were in there usual areas. The aisles were switched years later when the neighboring store left and the entrance to the Acme was reconfigured. 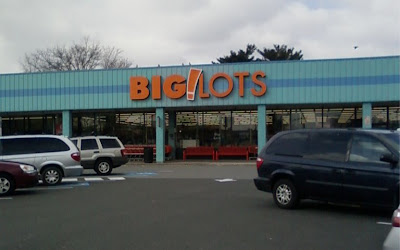 This store did have the red oval logo... right where the Big Lots logo is. However, it was passed over during the 80's remodel. The sign was probably changed due to the shopping center upgrading the facade. This Acme had it's 70's colonial decor until the late 90's when the walls were painted white and the blue and beige wall graphics were put up. You can see this "look" in the posts of the Newton and Belmar stores. I believe the floor tiles in the Meat and Deli department were replaced with white. The slate tile look of the Produce Department remained until the end. 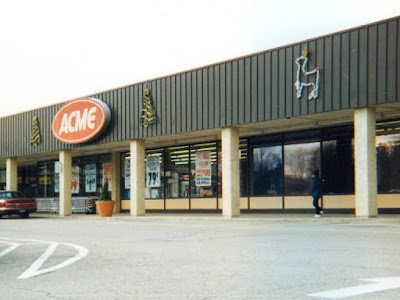 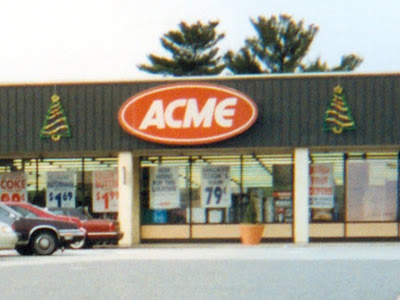 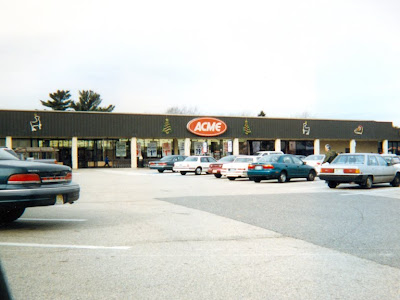 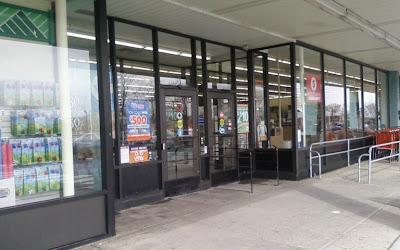 The entrance was set up similiarly to other Acmes of this era. I believe the store had 10 aisles. It closed around 2004 or 2005 as it's replacement store was ready for it's Grand Opening! 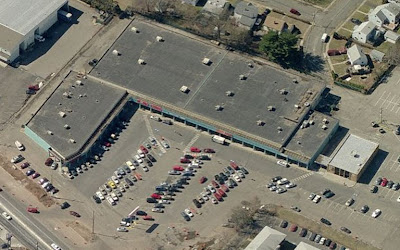 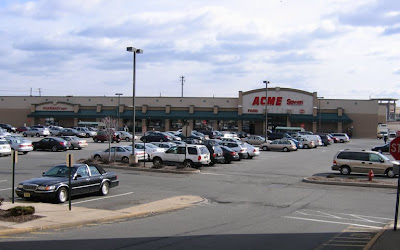 The brand new Clifton Acme on Allwood Road just off of Rt. 3. 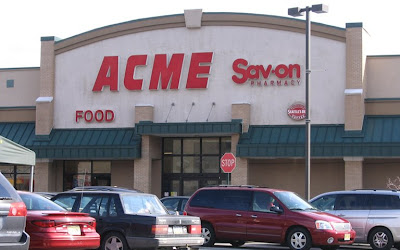 This location had a Starbucks when it opened. That round sign used to have the Starbucks logo. I believe it's some other coffee shop now. Not sure why Starbucks left Acmes... will have to research that topic for a later post.

This store has competition from two nearby Stop and Shops. The S&S to the West is currently being torn down and replaced with a Super Stop and Shop. It appears that Acme is benefiting from the temporary closure of that S&S. The parking lot always seems to be full these days.

An interesting aspect of this Acme is that it was customized for the community. Apparently Clifton has a large Jewish population and this store was set up clearly marked Kosher section. There is even a regular Deli and a Kosher Deli. I have seen reviews online that rave about the Kosher selections in this store. 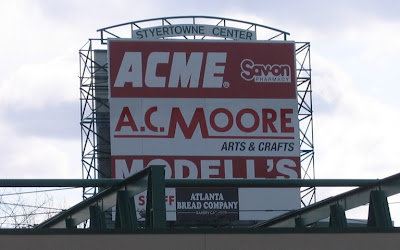 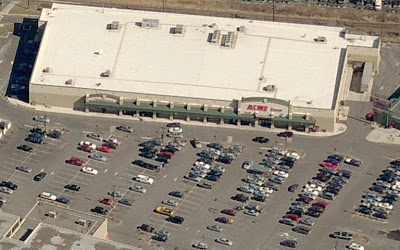 I have been passing this are on Rt. 3 regularly for years. I never saw this store being constructed... it just seemed to appear out of no where one day. Must have been a challenge to build in this tight space.