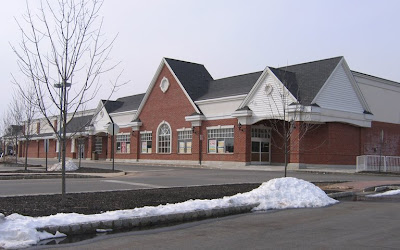 File this one under "Crash and Burn". Located in Freehold New Jersey, this abandoned Acme opened on February 22, 2005 and was shut down just 21 months later on November 2, 2006. The Acme in Marlboro New Jersey, not far from this store, was closed for good the very same day. That location will be featured in a future post.

Acme released a statement explaining that this location was not meeting the sales numbers it needed to maintain a profit. Acme offered to sublease the property to any interested supermarket chains but did not give specifics as to Acme difficulties in attracting enough business. This store was part of a new, rather nice shopping center. It was built right next to an older shopping center that has a SuperFoodtown. I visited that store while I was in the area and was surprised Acme was not able to compete. The store was very busy as there are many large housing developments in the area. Very dark inside and loads of tacky decor. Perhaps the SuperFoodtown's prices were much lower than Acme's. 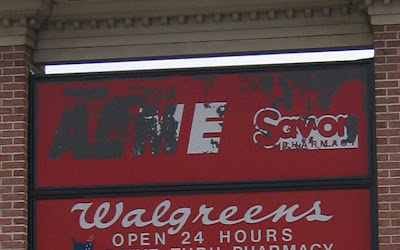 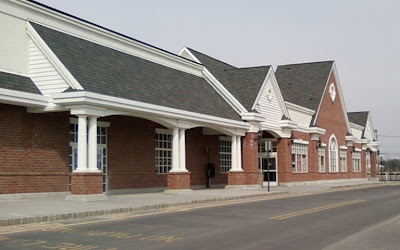 I have to say... this is one of the most attractive facades I have seen on an Acme. Matched the look of the rest of the shopping center. It's pretty rare these days to see a grocery store with so much decorative detail on the exterior. 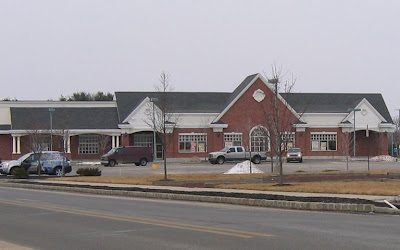 Couldn't get any interior shots. There was construction going on inside. The store has been divided in about half with a Top Tomato Superstore taking over the left side. They had pictures in the windows of other Top Tomato stores to show what was coming. Extremely unimpressive. Produce and merchandise stacked to the ceilings. Looks more like a discount grocer. The right side of the store still has Acme decor. Looked like a realtor was giving a tour so I couldn't get pics of that side either. 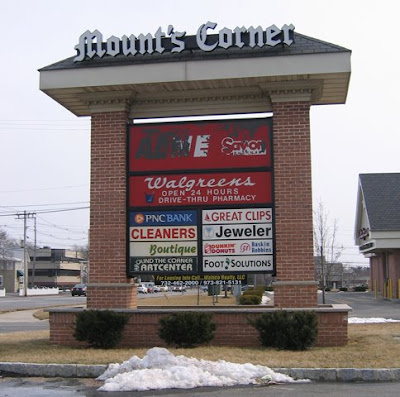 This sign is at the entrance from Wemrock Road. 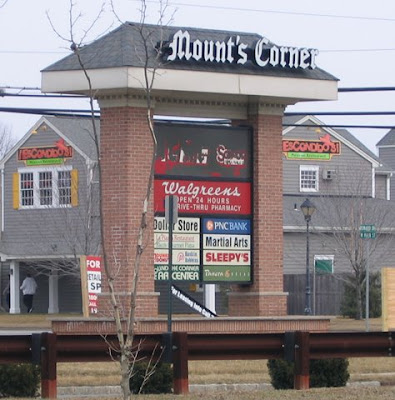 This sign is in the front of the shopping center on West Main Street. 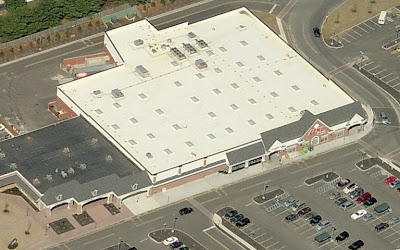 Here's a look from Live Maps with the Acme/Sav-on signage on the front of the store.