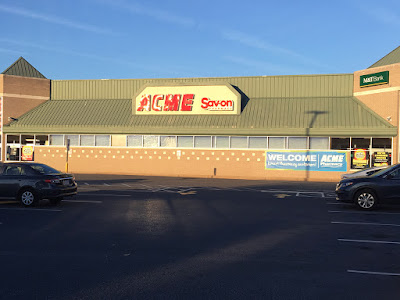 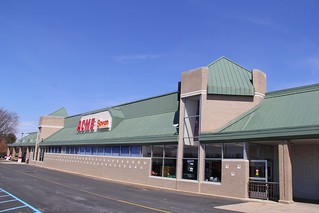 The 6th and final Maryland Acme has arrived on Acme Style! Additional former Acmes of Maryland may find their way to the blog but this is the last of the currently operating stores.

The Elkton Acme opened as a 33M back in the 70's having replaced a smaller store in town. A major expansion and renovation happened in the 90's to the left side of the store erasing all of its 33M attributes. The two pyramid structures along the front were a design feature rolled out in the early 90's and were often added to expanded stores. 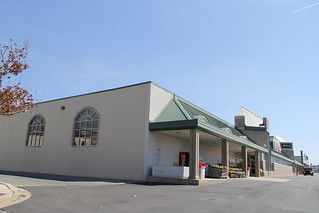 The Produce windows, a standard feature at newly built 90s stores, were included along with the expansion on this side of the store. 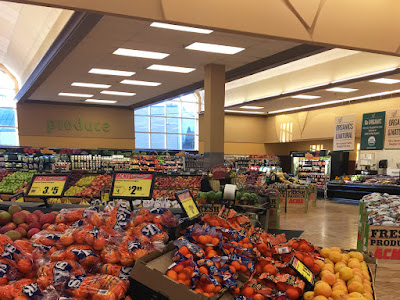 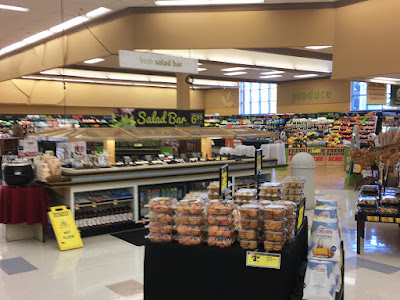 The flooring from the 90's Red/White/Blue décor remains in place. 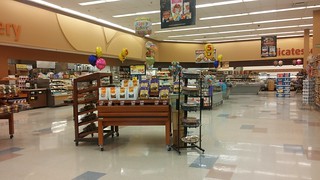 Elkton used to be a high volume store but has been crushed by competition in the area. Walmart relocated to a SuperCenter and Redner's built a new store about a mile away. 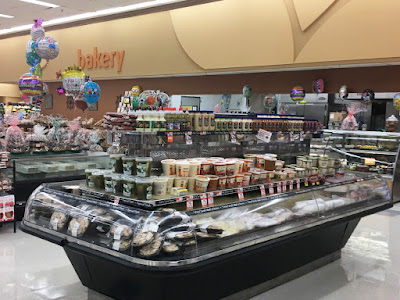 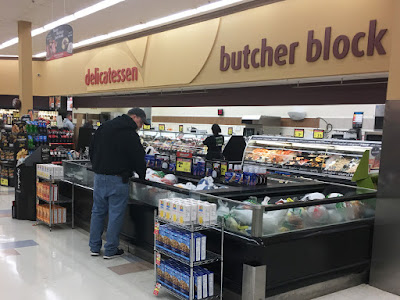 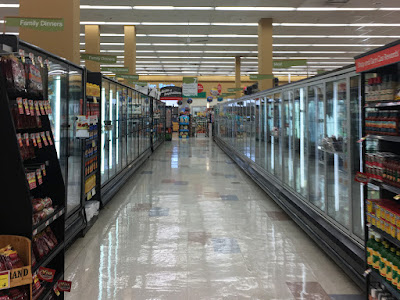 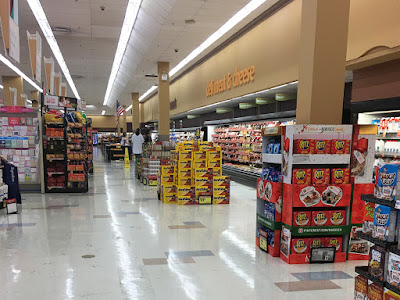 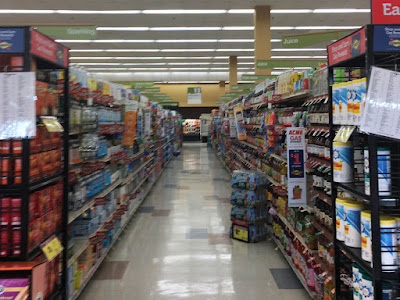 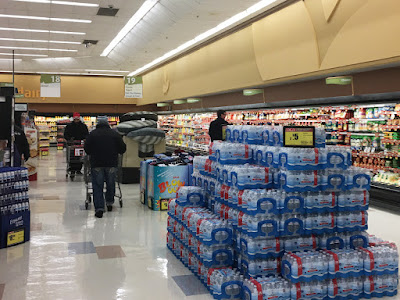 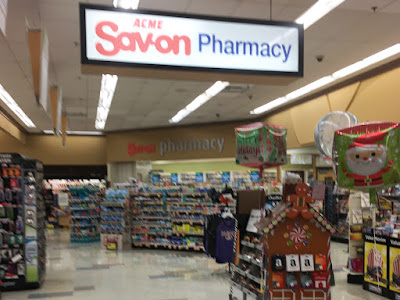 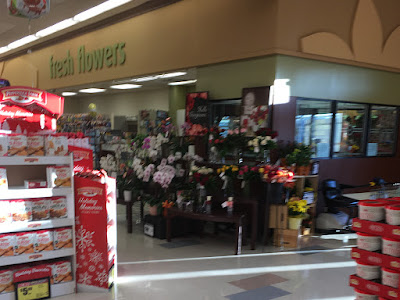 Looks like this store has a walk-on floral cooler which were common features in newly built 90's stores. 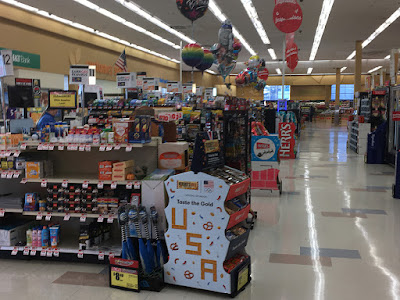 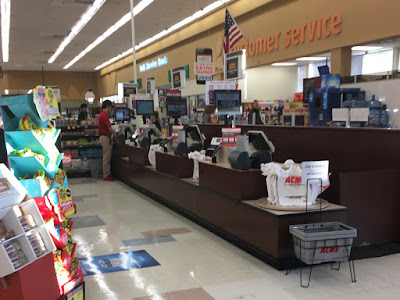 Self-checkouts replaced with the dreaded express register counter. This change undoubtedly looked great on paper but in reality it's a total dud as stores rarely has any of these registers manned. I've been in Acmes that have completely given up on this newly added feature by never having any of the registers open. 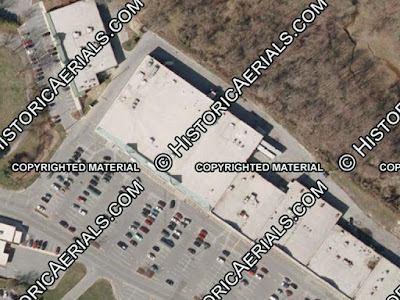 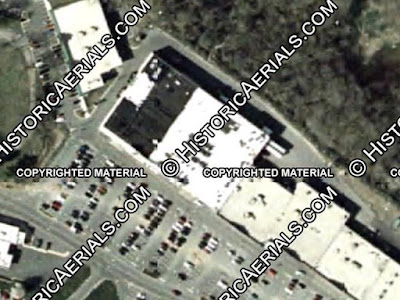 2002
The view here clearly shows the addition to the left side of the store. 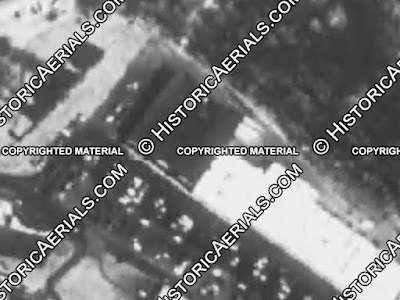 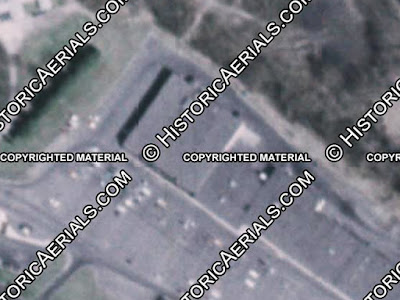 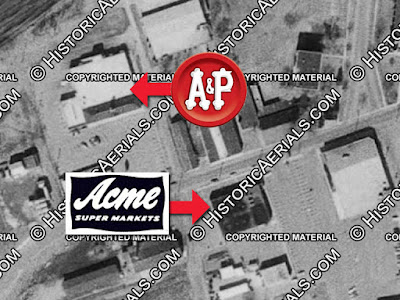 The former Acme along with the A&P have since been torn down to make way for parking lots. 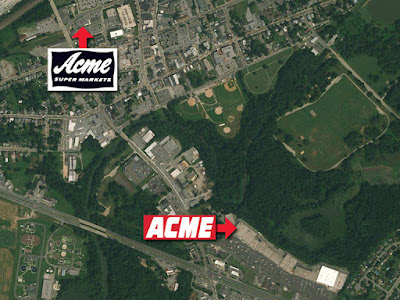 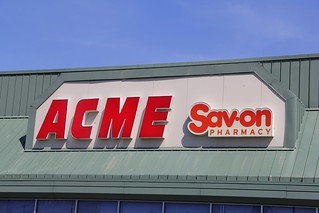