Glen Mills Gets The Frosted Mug! 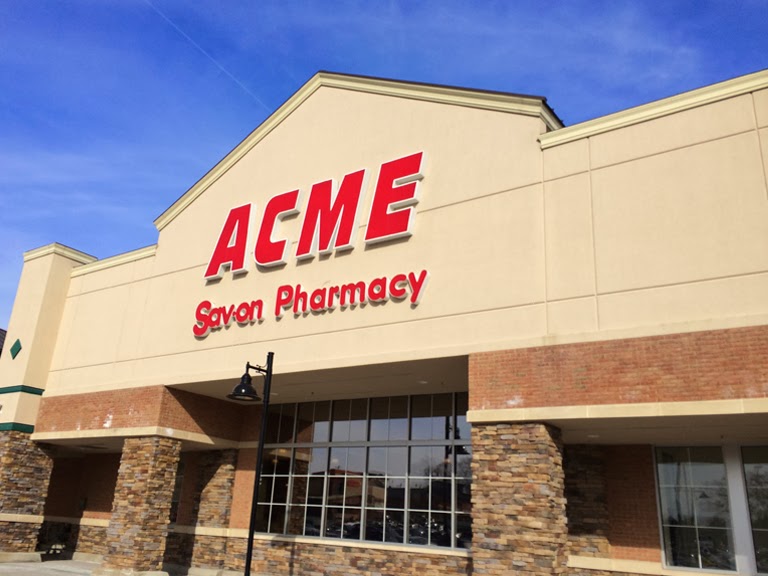 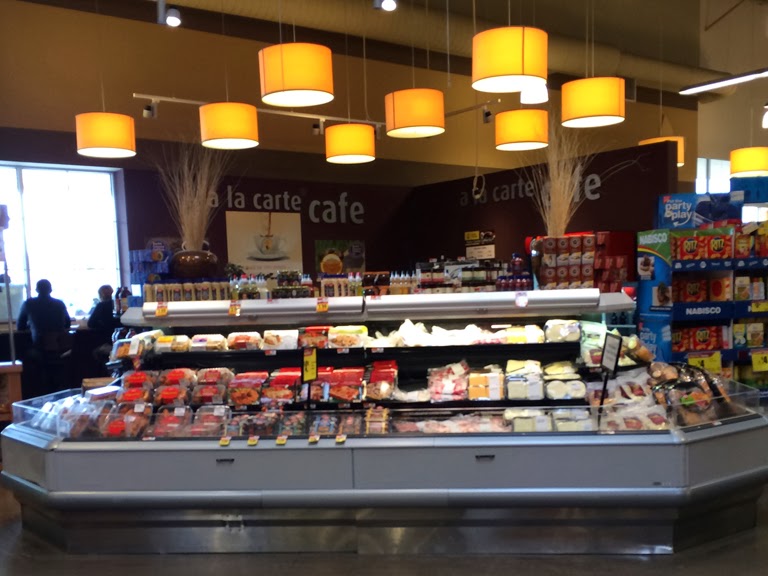 The Frosted Mug has officially arrived at the Glen Mills Acme! The first few pictures are from the store's original post which can be viewed by clicking here. The a la carte cafe, which you see in the photos, has been removed to make way for the beer department. The self-checkouts also got the boot which made for additional room for the new department. New Albertsons is on a mission to remove all self-checkouts from their stores in an apparent move to improve customer service. Big mistake as far as I'm concerned. 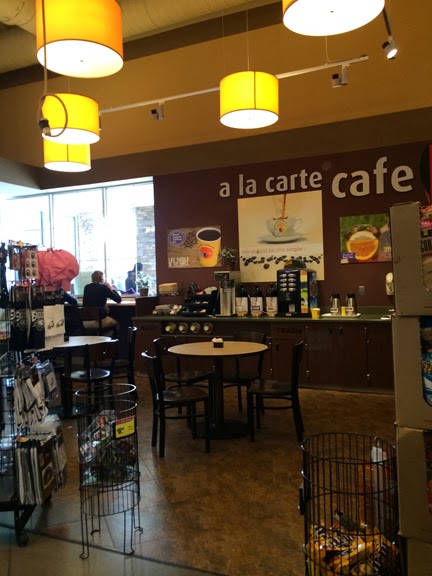 And now for The Frosted Mug under construction...


Photos are courtesy of World of Retail's flickr collection which can be viewed by clicking here.


Hard to see in this picture but it looks like the "cheese shop" has been moved out of its original spot. You can see how the department looked previously... 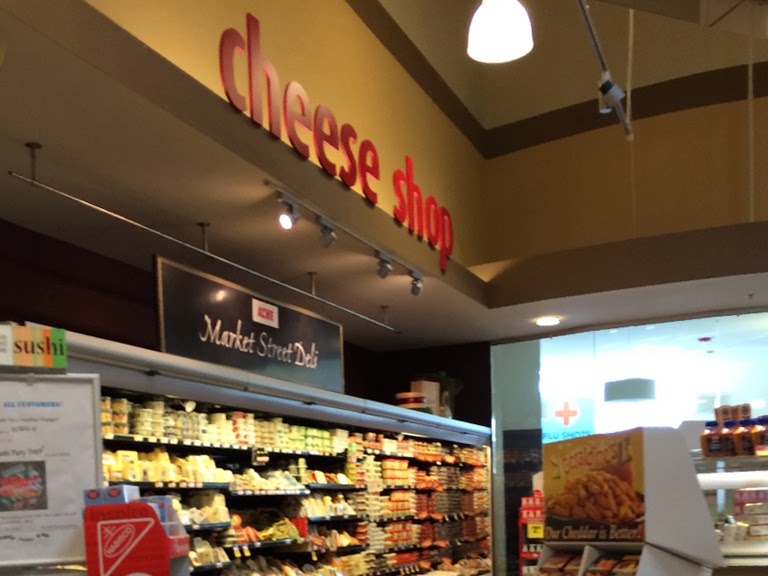 The new paint from The Frosted Mug extends over to this corner and the "cheese shop" signage is gone. It would have been a smart move the pizza station from the back of the store to this front corner. What goes better with beer than pizza? This store is serving beer on tap which I don't believe is the plan for all Frosted Mug departments...

You can view additional photos on Acme's Facebook page by clicking here. The Frosted Mug has also opened at the Doylestown store, which has yet to be covered on the blog.


Word of Retail also snapped this picture over by the entrance on the Pharmacy side of the store. I did not get a photo of this area but I don't believe the "wall of values" was here at the time. I would have noticed it for sure! It was definitely added after the store was but since the font is not a match to the rest of the departments. This may have been the Floral department which looks to have been moved out the the aisles.

As reported on the blog previously, Wegmans is building a 140,000 square feet store just steps away from the Acme. Above is a picture of the stores progress. Thanks to Gary for sending it in. While Acme will certainly be taking a bit, they won't be alone. Giant and Whole Foods are going to take a beating as well. Wegmans offers about half of the products Whole Foods carries at drastically lower prices. These new, giganic Wegmans stores offer a mind boggling selection but the stores can be a little overwhelming to shop in, especially for just a quick grocery run. The chain has older, smaller models in New Jersey, many of which are very disappointing. I wonder sometimes if Wegmans is growing too fast. Some of their New Jersey stores are dirty and very poorly stocked. The service is impressive but I've been so frustrated with out-of-stock items that I no longer bother shopping there. 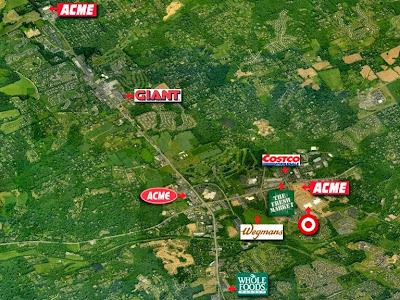 A review of the food stores in the area. The Westtown Acme, seen in the upper left corner, has closed.  A portion of the store will soon house a farmer's market. More details can be found at dailylocal.com by clicking here. (Check out the labelscar from the red oval logo in the picture!) Fascinating quote from the article...

"'The store at one time was the highest volume Acme in the Philadelphia area,' said Walter [a partner in the company that owns Westtown Village], recalling that the center added 15,000 square feet of space to the supermarket’s original 40,000 square feet."

That confirms my speculation in the Westtown post that the store was expanded from its original size. Kinda of interesting too that it kept it's 80's Remodel decor after the expansion. Acme may not have had another decor package going at the time. Surprising too how it was one of Acme's most successful stores only to fade into extinction. You can visit the Westtown post by clicking here. 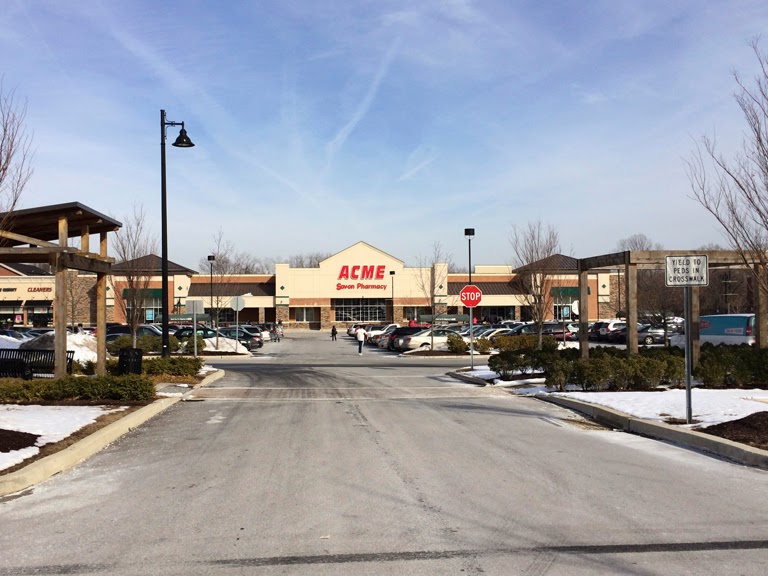 Will the Acme be able to survive against Wegmans? The company certainly thinks so or they wouldn't have bothered making the investment to add The Frosted Mug.
Posted by Acme Style