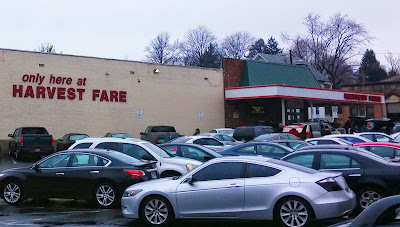 Photos courtesy of Will aka glamorous indierockandroll on flickr

We're swinging by Harvest Fare's other location which is located in Baltimore City and strangely enough has the Safeway decor as well. AND... was also a former Acme! It's true. Acme opened here July 14, 1954 and closed in 1981. 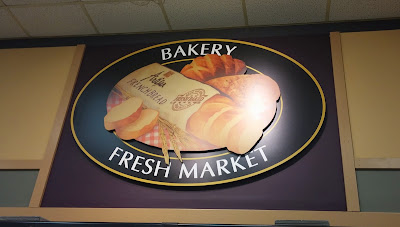 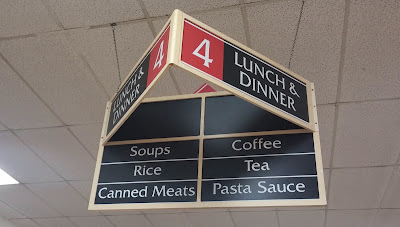 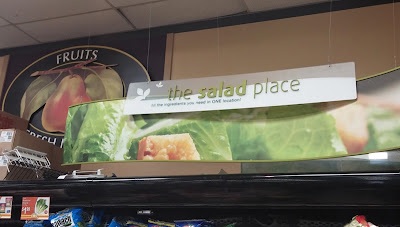 Now we see some signage from SuperValu! 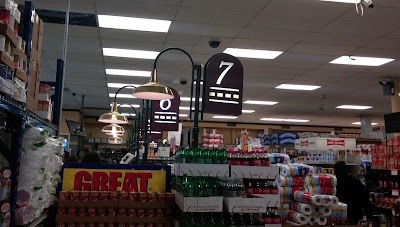 Air vents running along the top of the far wall commonly seen in 50's Acmes. Surprising to see 7 registers for such a small store. 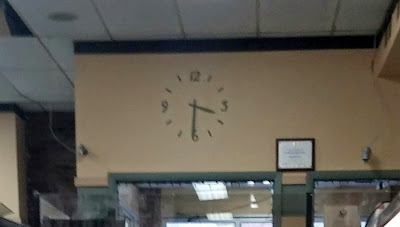 Check this out... Acme's clock lives on all these years later! It is identical to one seen in the abandoned Woodstown store... 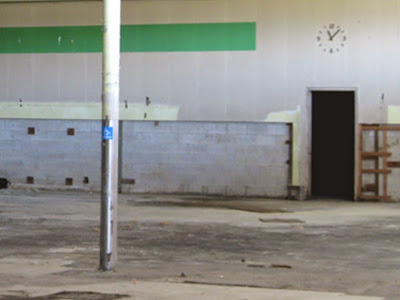 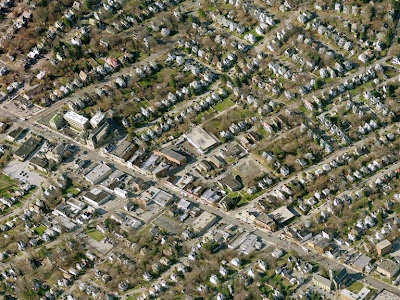 Harvest Fare is right in the middle of the picture. Quite a densely populated area. A real Safeway store is about a mile down the road. 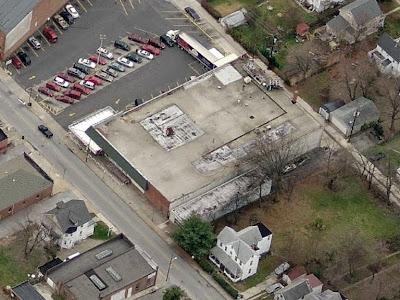 Judging from the parking lot, Harvest Fare does pretty well. 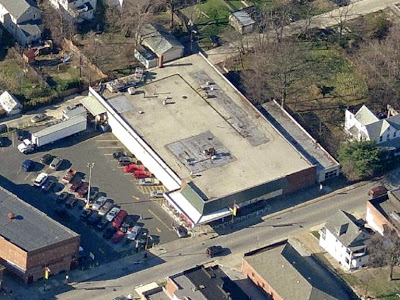 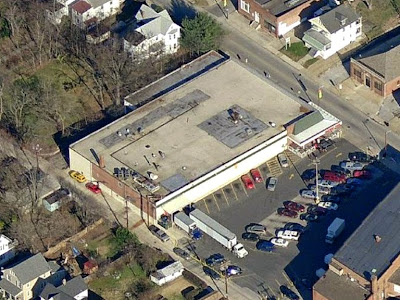 Acme put on a small addition to the far side of the store. The white section along the back is the addition which may have been there as of 1964. It's a little hard to tell in the historic images. 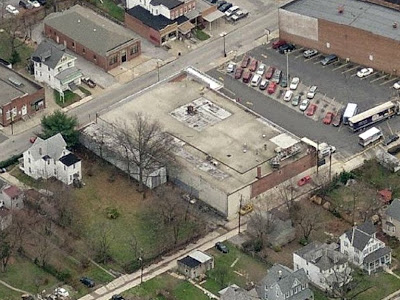 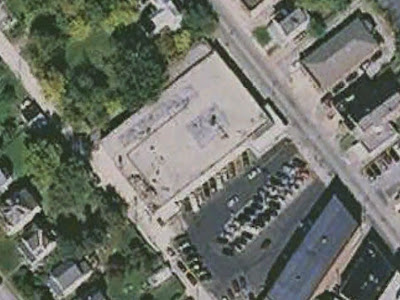 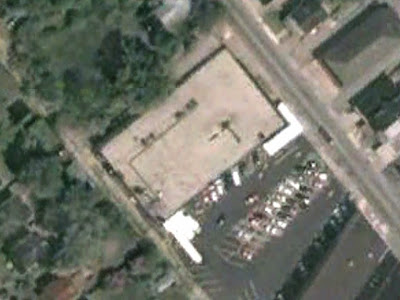 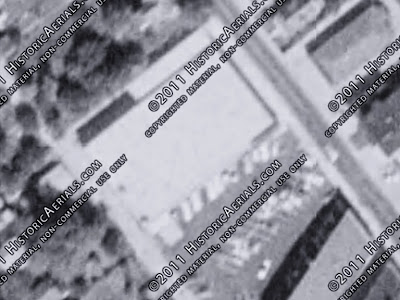 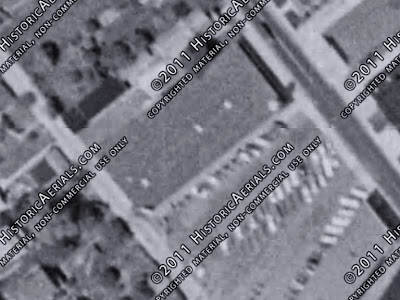 1964
I took a closer look at this historic view over on historicaerial.com and the addition was indeed complete by 1964. 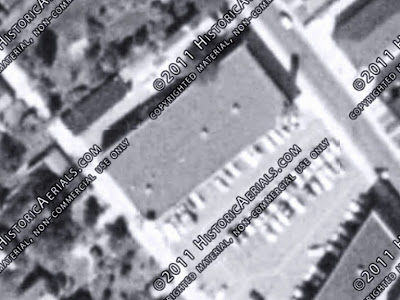 1957
Check out the shadow from the tower!
Posted by Acme Style