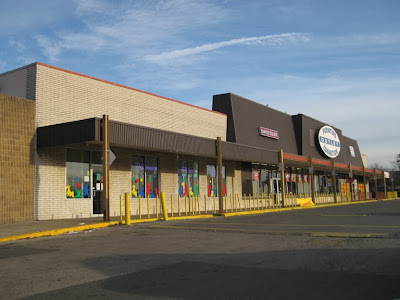 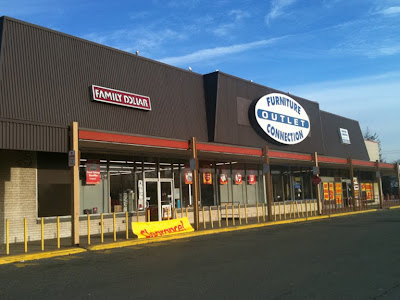 One of many locations Albertson's shutdown after acquiring Acme. Nearby Lansdowne and Sharon Hill stores remained open despite being older and smaller. This location was apparently losing money for years and the company could not justify a remodel or expansion. The shopping center here wasn't exactly thriving either and is not in the best area. There was a cop parked on the side of the furniture store the whole time I was here. Kept waiting for him to leave so I could sneak around back to get some pics. He never left. 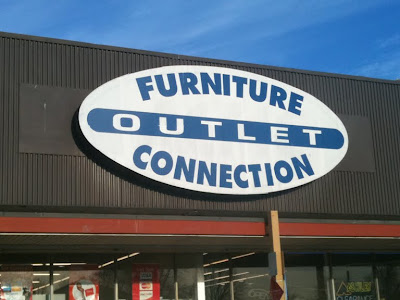 The red-oval sign remains! The Acme logo was simply painted over. Some tricks in Photoshop help reveal the Acme logo just below. This store started out as a SuperSaver as evidenced by the rectangle cutout behind the oval logo. A sign like this was originally mounted here. The building had the "33M" format but only topped out at 28,000 square feet. 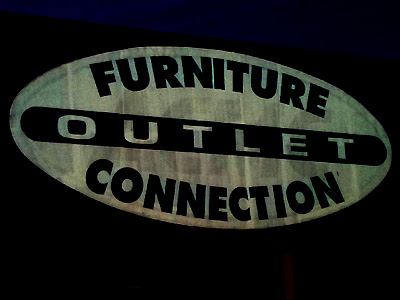 Look closely and you can see "ACME" and the outline around the oval. 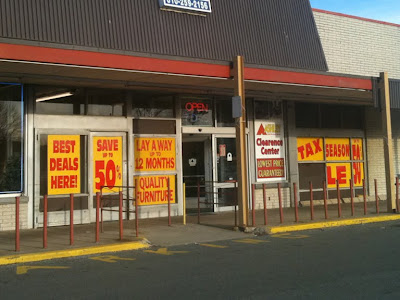 Acme doors still completely intact. Windows into Floral/Produce now covered over. May have been covered over during Acme's days. 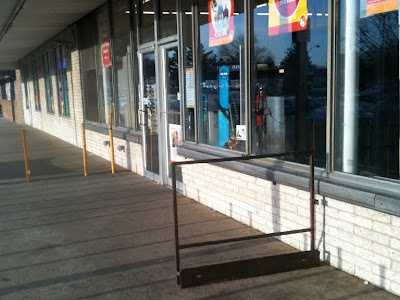 Remnant of the cart coral. One of those doors used to be Acme's emergency exit. 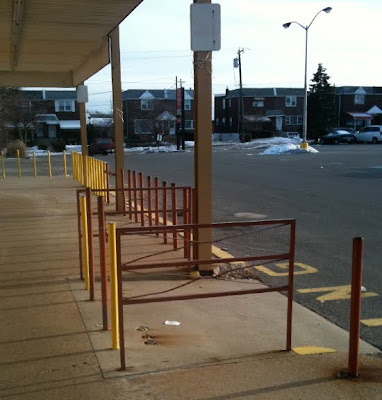 Tons of Acme artifacts remain outside. Nothing left inside the Family Dollar. Regretfully, I didn't go into the furniture store. 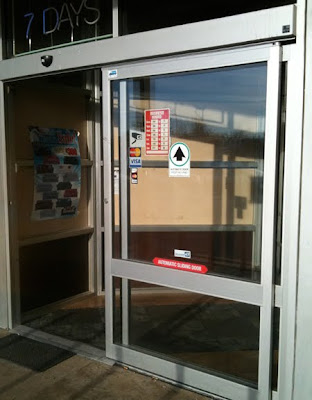 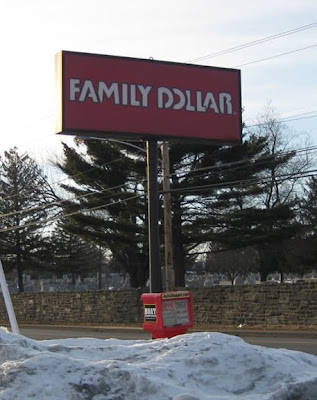 Former Acme sign out at the edge of the parking lot. 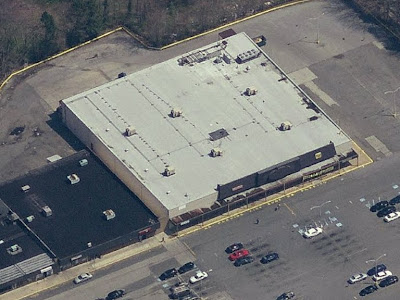 The Acme sign still painted over in brown in this satellite image. 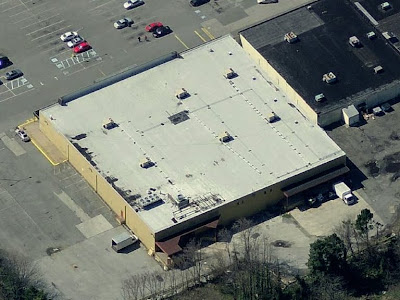 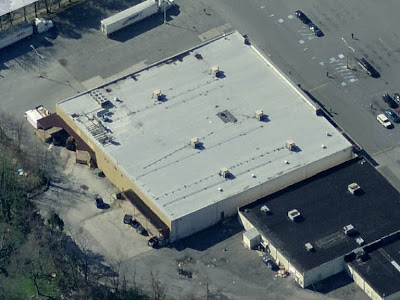 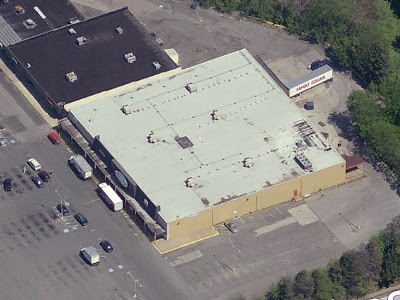 And the furniture store had arrived by the time this photo was taken. 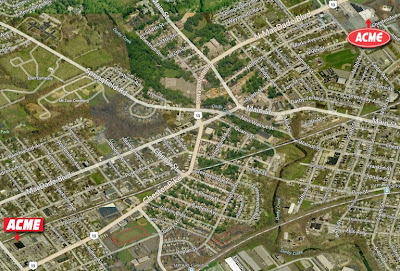 Yeadon in the upper right corner, the recently closed Sharon Hill store in the lower-left. 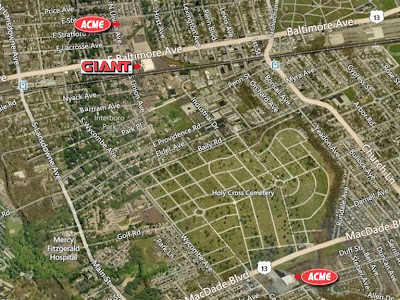 In this image we have Yeadon in the lower-right, with Lansdowne in the upper-left. A brand-new Giant just below. Yep, the area wasn't good enough for Acme to build a new store so Giant set up shop.

The Acme may have never been open for business in all of the available satellite images... 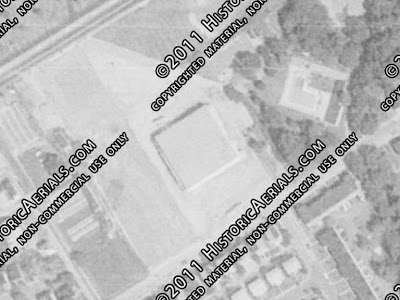 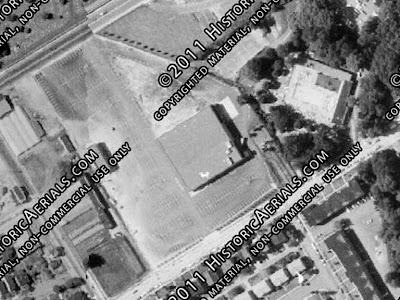 1971
May not have opened as of this photo being taken. 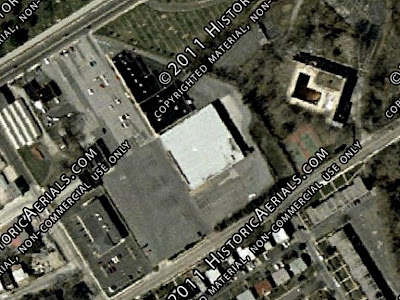 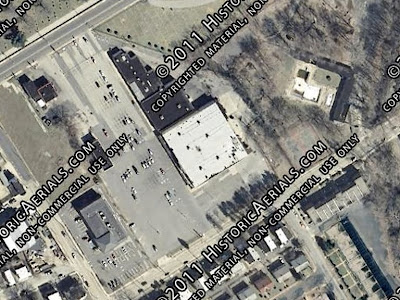