Former Acme Pick of the Day! 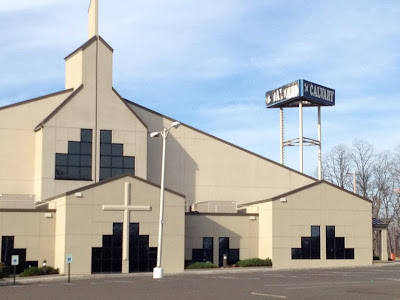 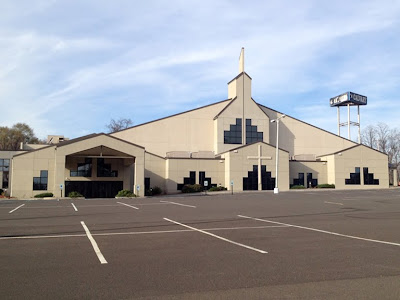 You are NOT looking at a former Acme! The 50's/early60's flat-roofed model that existed on this site is to the left side of the church. I get a lot of emails about this one being a former pitched-roof which certainly makes sense. A closer look reveals, however, that the building is far too large and tall to have ever been a pitched-roof Acme. Additionally, the piteched-roof stores were not paired with the giant sign towers you see on the right. The signs were discontinued along with the flat-roofed 50's models.

Upon my visit here, I thought that the former Acme stood right where the church is now. It wasn't until I returned did some aerial research that I discovered the Acme building is still standing next door. Thing is, from the ground you would never know the other building was an Acme. It's been converted to two stories and has a new facade disguising any evidence of it's origins. Unfortunately, I didn't take any shots of that building because there wasn't much to see. Plus, I was a little too distracted by the former Acme sign... 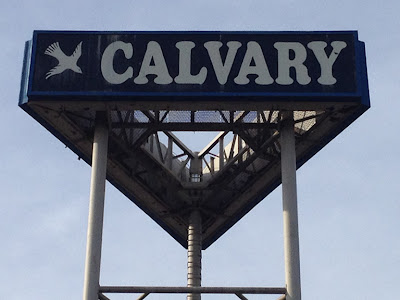 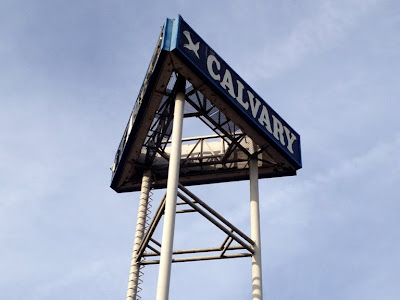 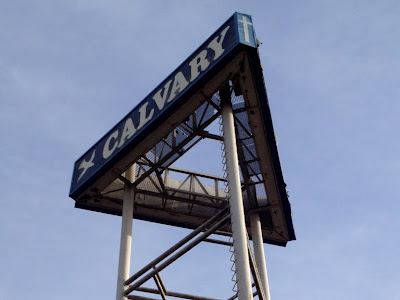 The aerial images tell a more complete story compared to what's now seen on the ground... 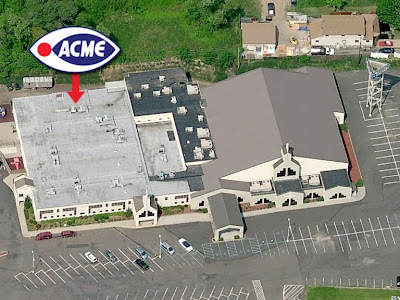 The weathered grey roofs are the former Acme and what appears to have been a small store next door. We'll see in the historical images that the property that a strip mall may have been planned but never came to fruition. 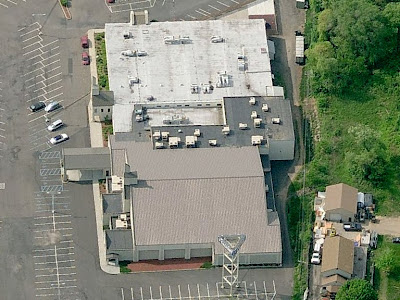 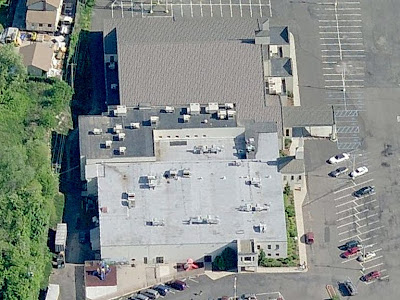 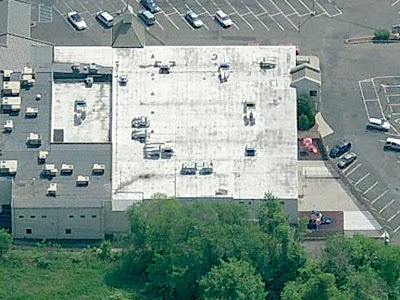 If you look closely through the trees to the right you can see the 2nd floor break room and bathroom windows. No way to tell from here if any delivery doors or docks are still intact.

Heading back in time... 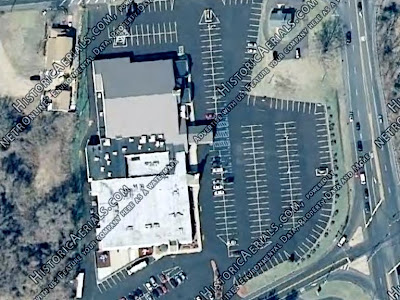 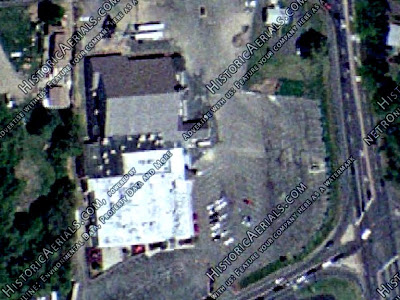 2002
Looks as though construction is wrapping up on the church here. 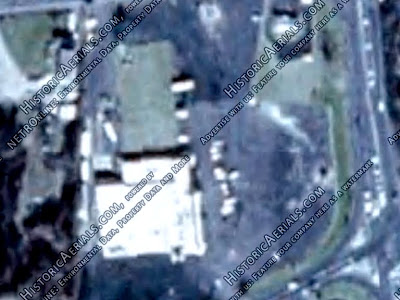 1995
The grassy area extending to the top of the photo seems to suggest more stores were planned for this property. Looks as though just one additional store was built just to the left of the Acme. I don't have information on when this Acme opened or when it closed. 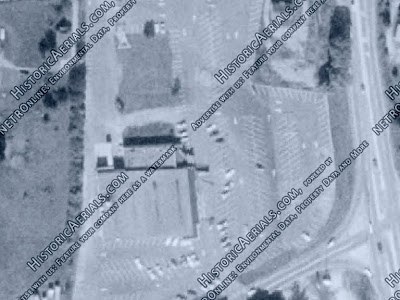 1971
Another 50's Acme with a mind-bloggling amount of parking. 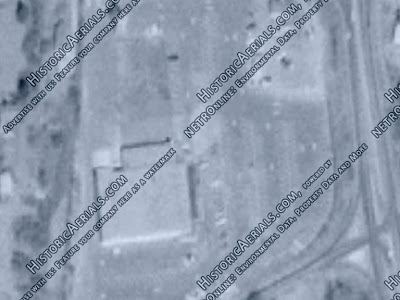 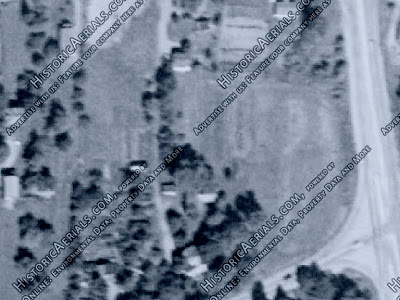