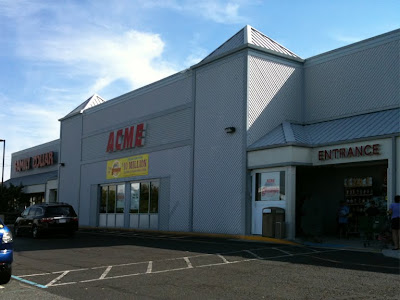 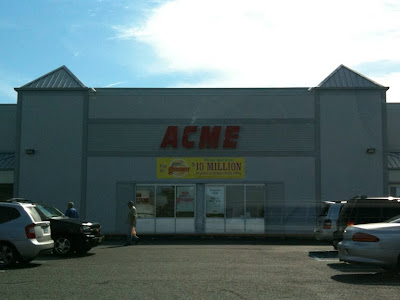 Brigatine, New Jersey. For years that meant one thing to me... Brigantine Castle... "In the darkest reaches of the mind... there has never been anything like Brigntine!" As a kid I was obsessed with haunted houses and would go crazy with excitement when those commercials would play on TV back in the late 70's. I begged my parents to take me to it but they never did. Our shore destinations were always on LBI with one or two visits to Wildwood. My dad did take me to a bunch of cool haunted houses along the Jersey Shore. I still remember one of the quite vividly. One of the best I've ever been too. Can't remember if it was in Seaside Heights or down in Wildwood. Sadly, the tragic fire at Great Adventure's haunted house back in 1984 pretty much put an end to the haunted house industry at the time. For those who remember Brigantine Castle, whether you actually got to go to it or just remember the awesome commercials on TV, you'll want to go back in time and visit Brigatine Castle Online. To view some of the old commercials, click here or see below...

And speaking of Great Adventure, if you'd like to tour that amusement park's history, click here. I've spent way too much time on that site!

Back to the Acme! Kinda looks like a castle itself, doesn't it? A plain one anyway. We've talked about the 90's Acmes looking a bit castle-like. Thing is... Acme didn't build this store. It started out as something else. May have changed a few times over the years. I can't find any information about it's past other than an old listing for a "Shop and Bag" in Brigatine at this same address. The satellite images of this store continue to show it as something else. The sign is too small to read.

So my best guess is that Acme took over this location in the mid-2000's. Judging from my visit, it was a very smart move. I was here early on a Saturday morning this summer. Have never seen a busier Acme. The place was packed. It's a relatively small store with no pharmacy. This castle-like facade is not the center of the store as you would undoubtedly assume. The left wall of the interior of the store extends back from the left tower. There is no entrance or exit on that side. You can see "ENTRANCE" spelled out in the top photo, directing customers to that side as it's the only entrance and exit to the store. A Family Dollar occupies the other portion of the building. The building itself looks to have been designed entirely for a supermarket with the Family Dollar space being sub-divided at a later date. Certainly previous to the Acme moving in. 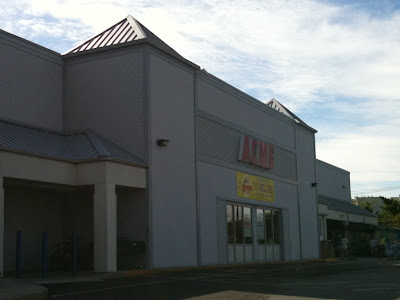 No entrance on this side. Customer Service is in the corner with the counter facing towards the entrance. Tough getting good pictures that day with the sun glare. My interior shots are among the worst I have ever taken. It was the first stop of the day which usually finds me rushing through the store to get moving onto the next location. The place was full of shoppers and employees which doesn't make for easy picture taking. Especially with a cell phone that has to be held dead still for several seconds to get a clear image. 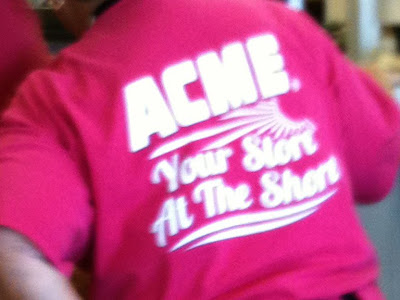 I've been seeing Acme employees sporting these new colorful t-shirts for the past few months now. They come in a variety of colors and don't appear to be department specific. The "Your Store..." brings back a lot of memories of Acme's tagline "Your Store for Low Prices" which was used for years. Acme seems to have taken a cue from Apple, as have other retailers, in dressing their sales associates in bold colored t-shirts. Makes for spotting employees much easier and gives a fun, team-like quality to the staff. I think it's a great move on Acme's part. Is this a change made just for the summer or are these permanent new uniforms? 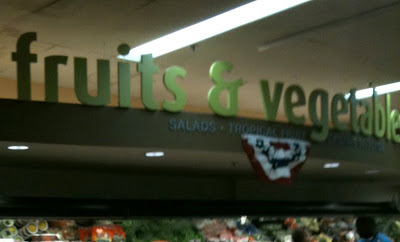 Scaled down version of the original Premium Fresh and Heathy decor package. Cases around the store may have been left from the former grocery store here. They're not as contemporary as Acme has been using in the 2000's. Produce lines the left wall. 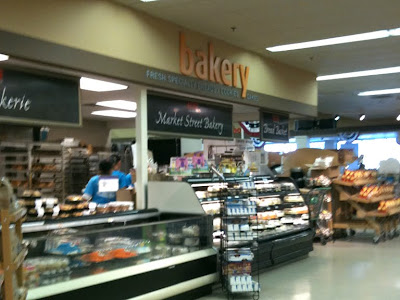 Bakery is across from the Produce wall. You can see employees here in blue t-shirts. Huge selection of baked goods here. 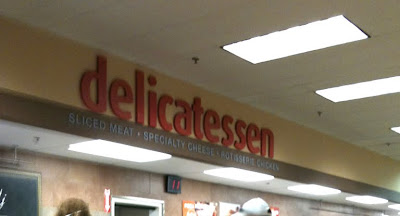 The Deli is next to the Bakery. There Deli was mobbed with customers. 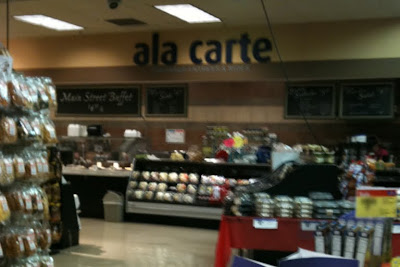 Ala Cart is across from the Deli in the back corner of the store. Most extensive selection I've seen of prepared foods to go in an Acme. The higher-end elements of the Premium Fresh and Healthy decor are missing here... most notably the focused lighting over the fresh offerings. The low ceiling over this part of the store may have prevented the track lighting from being installed. 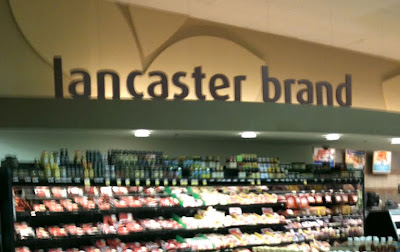 Back in the Meat Department we see some of the nicer elements of the PF&H decor package... the curved overhangs with the recessed lights and backlit department signs. This store was nicely organized and very well stocked all around. 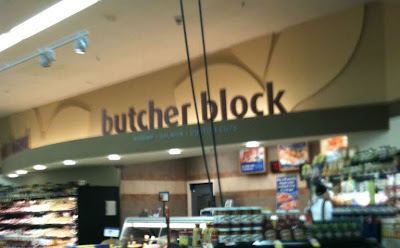 An empty aisle was a rare sight on this visit. Notice the the cascading ceiling. 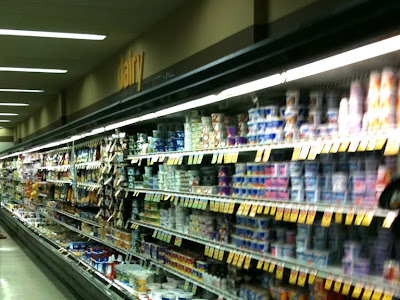 The ceiling comes back down to a low level in Dairy. This is aisle 11. Frozen Food is in the front corner (just behind where I'm standing). They run parallel to the front of the store. 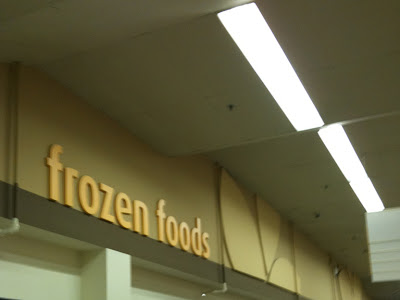 A good shot of the interesting ceiling. This wall is the front of the store with the registers to the right of this department. 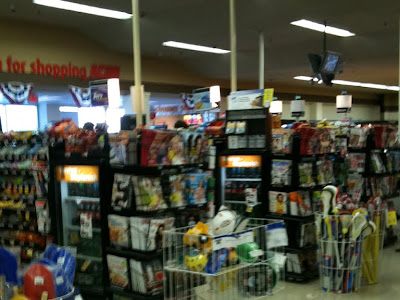 Only 5 full-service registers. Enough for the winter season but it's makes for rough summer shopping. By the time I left, all registers where open with long lines. 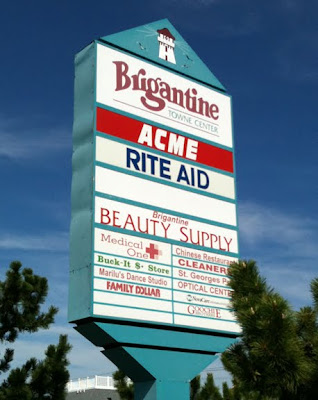 On to the aerials... 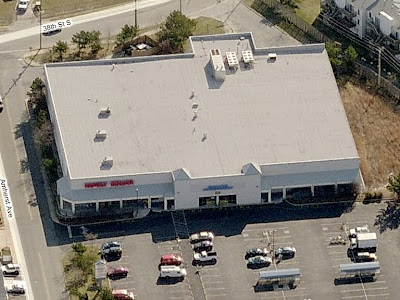 Family Dollar is there on the left side but who knows what the grocery store was. May have been an entrance and exit at the left tower at this time. 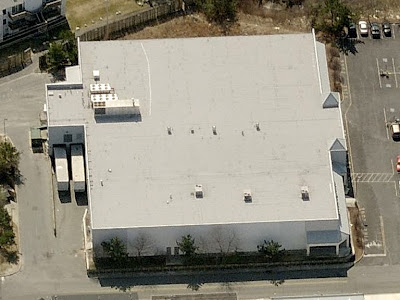 Perhaps a major supermarket chain built this store but then left. It doesn't look like it was origianlly designed to house separate tenants. 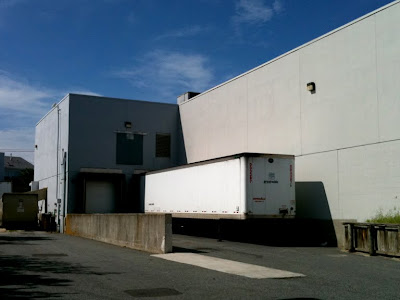 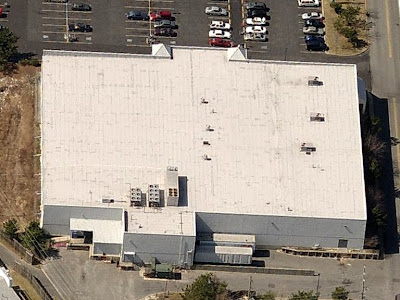 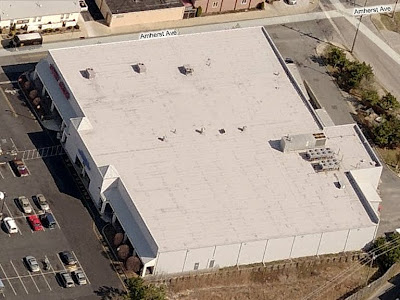 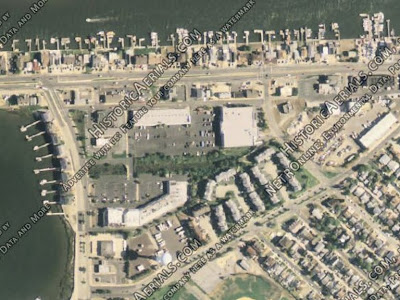 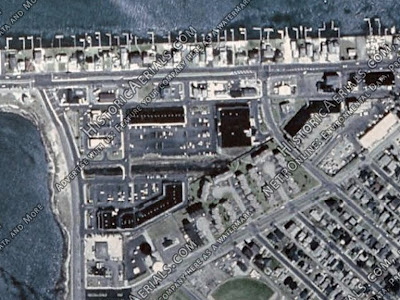 1995
Store was subdivided at this point. You can see the air conditioning units over the left portion which are still there today. 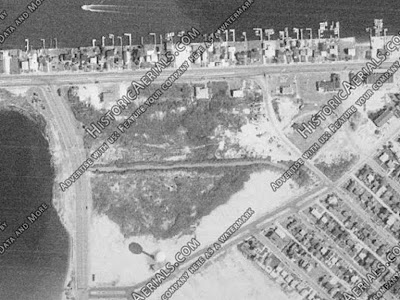 1970
Next available image is 1970 leaving 25 years of development undocumented for us. 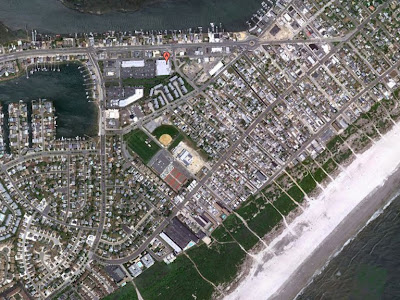 Acme is the only major supermarket on the island. 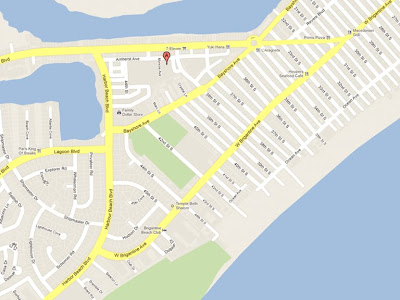 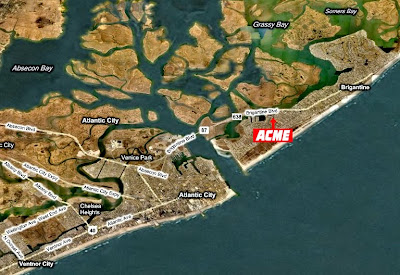 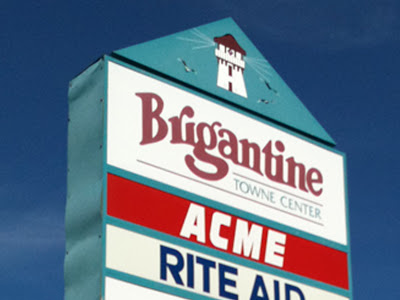