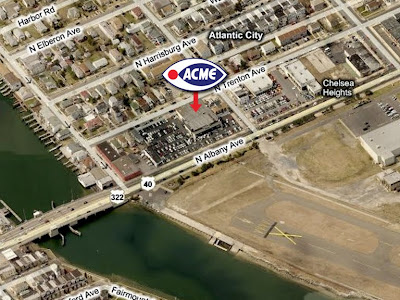 Since we visited the Acme of Brigatine this past Friday, I figured we could take a quick look at the former Acmes of Atlantic City which is just south of Brigatine. Literally a stone's throw away. In fact, I was beginning to doubt my GPS when it looked like I was headed straight into the heart of Atlantic City. (It gets me lost more often the gets me where I am trying to go!) Turns out you get off on the very last exit before entering the downtown area and head North to Brigatine. I didn't stop by either of the the Atlantic City locations due to the buildings being completely unrecognizable as Acmes so this post will be relying solely on satellite imagery. Our first former store is on Albany Avenue just across the street from the Atlantic City Airport runway. The building is currently the Kerbeck car dealership. The Acme opened here in June 1956. Closing date unknown. 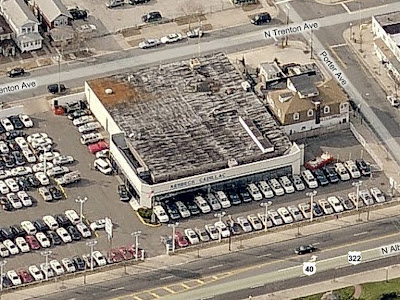 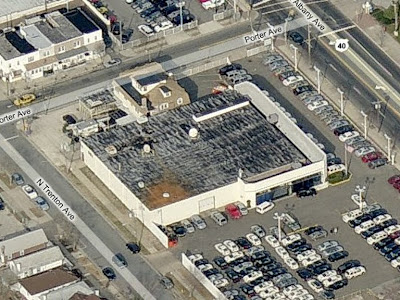 The historic aerials image appear to show the dealership having taken over the building by 1995 with the Acme still in business in 1970 and, of course, in 1957... 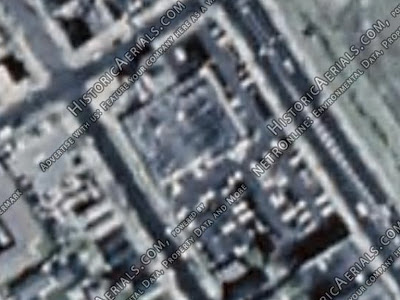 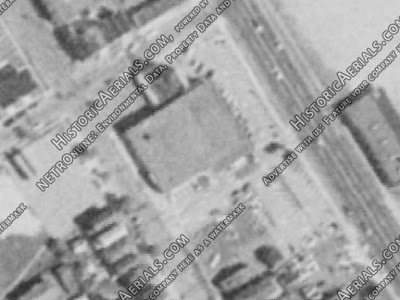 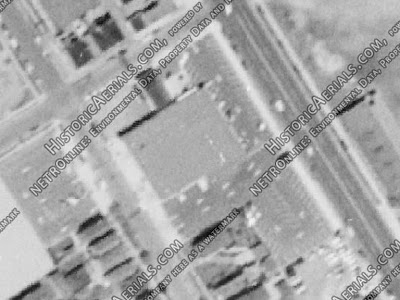 We'll head North (right) to the next location... 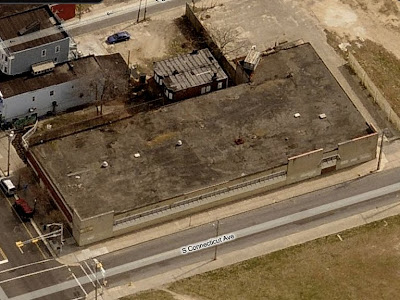 This Acme opened in January 1955, a year and a half earlier than the Albany Ave store. This building is even more unrecognizable as an Acme than the car dealership. These types of locations are not ones that I make a priority to show on the blog. There just isn't much to see. I also prefer to stick to the stores that fall into the true "supermarket" format which emerged in the 50's which you can see if you dial back all the way to the very first post on Acme Style. 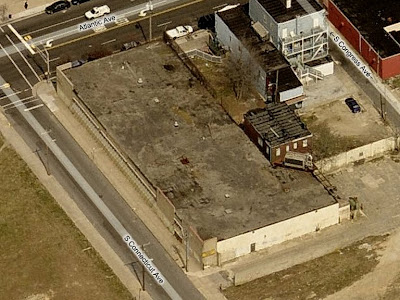 Now let's head back through time for a very interesting look at this area. As we've come to see in most of our historic aerial adventures, the areas surrounding an Acme location become more populated and built up over time which is to be expected. For this area, I thought my eyes were playing tricks on me when I was reviewing this location over the years... the exact opposite happens here... 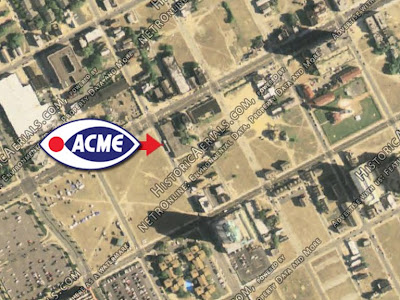 2006
I'm using the fish-eye logo to point out the locations of these stores but have no idea if either one sported this signage or not. There's a good chance the Albany Ave location did get the fish-eye in the 70's; lesser of a chance that this location did. Regardless, the fish-eye logo just looks really good on these aerial images and just so happens to be the greatest grocery store logo of all time. 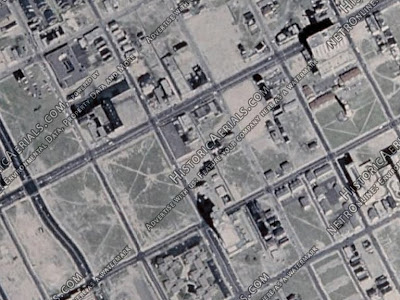 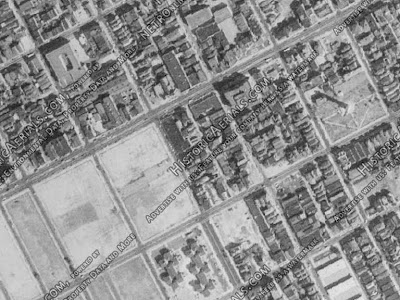 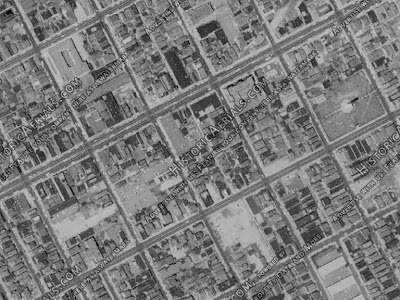 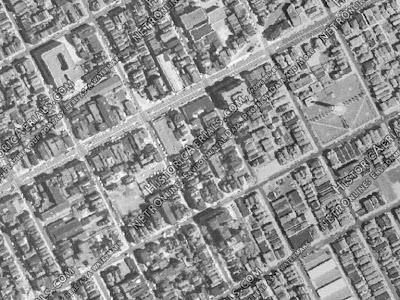