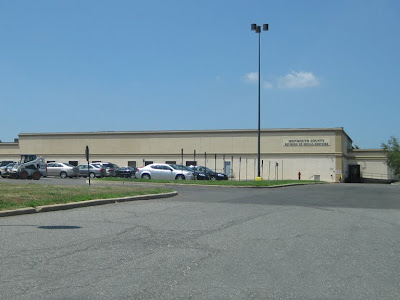 The former "Seaview Sqaure" Acme seen above in it's current state. Now home to the Monmouth County Division of Social Services. Not much to see in this photo. Fortunately some of the satellite images continue to show the building as an abandoned Acme... 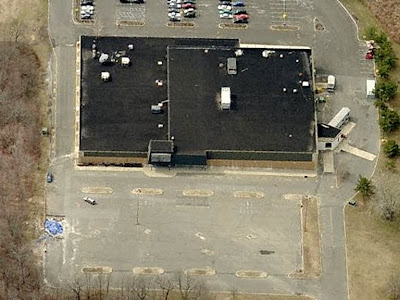 As Andrew7239 recently informed us in a comment to the Atlantic Highlands post... the building had an entrance on both sides with the Acme being on one side and a JC Penney Catalog center and drug store on the other. The Acme closed in 1993. 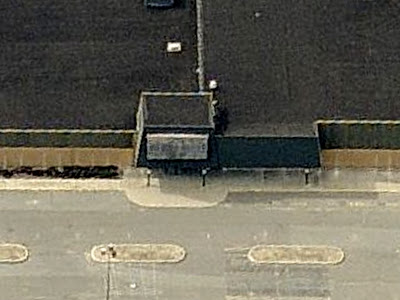 Zoomed in close-up of the Acme entrance. Compare this store to the old one in the Granite Run Mall. Nearly identical set-up... 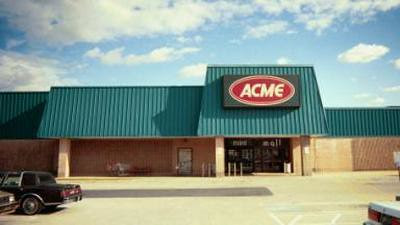 This photo is from mrambojr's photostream on flickr. Both stores appear to be window-less Acme's. The Granite Run Mall store is located at 1067 West Baltimore Pike Media, PA 19063, and has since been extensively renovated. Back to Seaview Square... 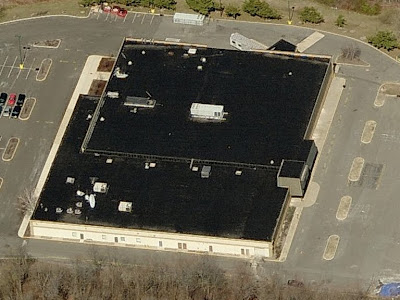 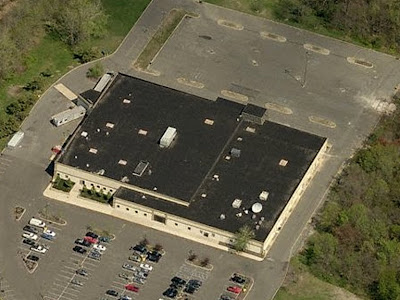 The Acme side faces out to Route 35 but is barely visible from the road with all the trees in between the two. You can only enter the former Acme from the southbound lane of Route 35. The rear side here faces the mall complex but it too is not easily seen while looping around the mall's roadways. 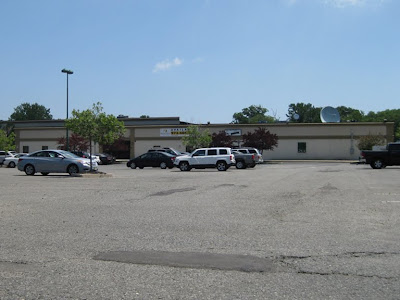 The former JC Penney side. The Acme extended out of the left side. 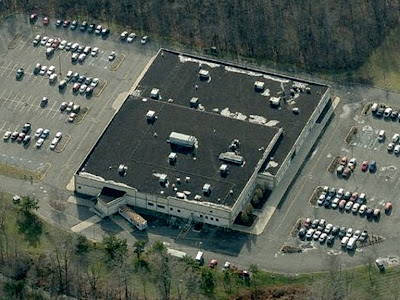 From this angle, the satelite imagery shows the builing in it's currnent state. Acme delivery docks still intact. 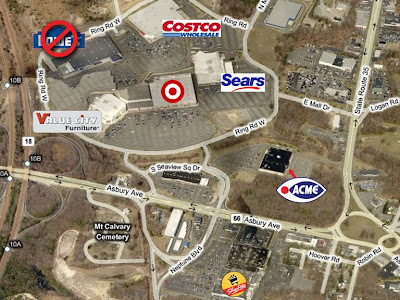 A look at the current state of the Seaview Sqaure Mall and surrounding area as it is today. I'm assuming the Acme was not remodeled in the 80's due to it's closing date, hence the fish-eye logo here. A "World Class" ShopRite is located across the Route 66. It's arrival may have doomed the Acme. This was the original site of Sears prior to the store relocating to the mall in 1976. Ames eventually moved into a portion of Sears' former store. Today it is occupied by TJMaxx, Home Good and an IHOP among others.

Back over to the mall... the Sears remains in it's original spot to this day. Value City occupies the former Steinbach Department store. The portion of the Mall connecting the two anchors was torn down in 2000 and a Target Greatland and a few smaller stores now were built it's place. A Sterns Department store was a third anchor which extended south of the Target. A planned forth anchor to the north side of Target was never built largely due to the having never become a great success. Wikipedia has all the details of the history of the mall. It's a very interesting read.

The drama continues here at Seaview Square... the Lowes store is currently abandoned due to the unstable ground which it was built upon. Cracks began appearing in it's foundation and the store had to be closed. More details of the Lowes situation can be found here. (The article reports that the Lowes store is 15,000 sqaure feet which is clearly not correct.)

Update 8.15.11: A Burlington Coat Factory has opened in 1/3 of the former Lowe's space. The Value City building remains abandoned since the company went under in 2008. I have the store shown as a Value City Furniture store which is not the case. Thanks to matchjames for the correct info left in the comments section!

Taking a look at the evolution of the mall over the years... 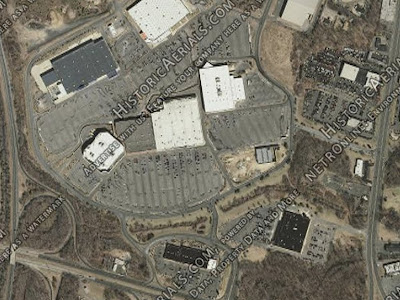 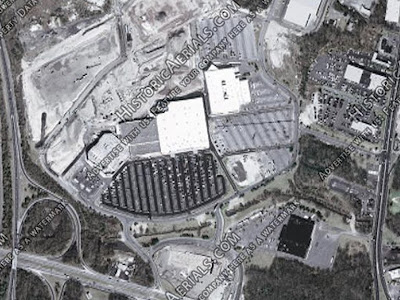 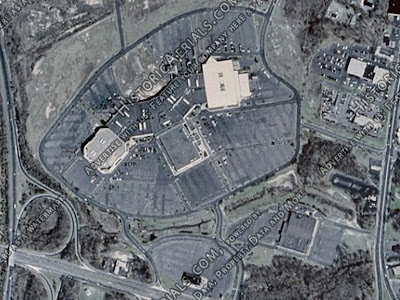 1995
Click here for a directory of stores at the mall around this time. Big name retailers few and far between. 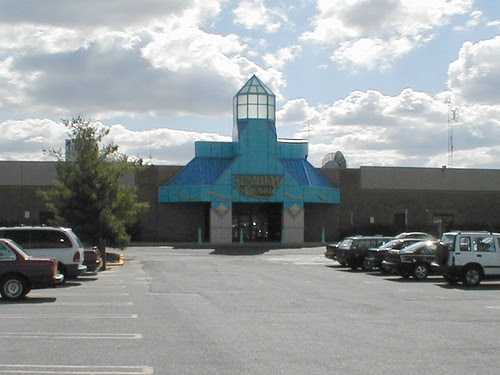 A photo from flickr showing the original entrance to the mall. 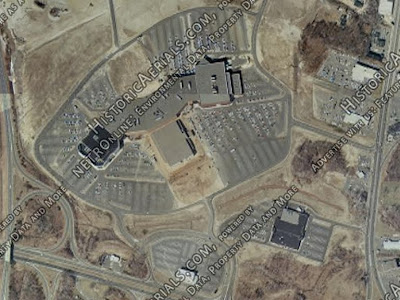 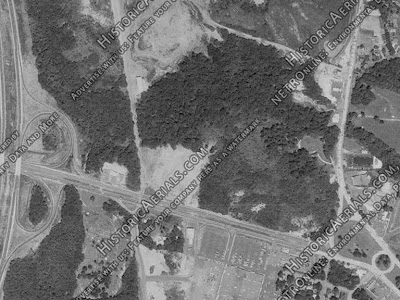 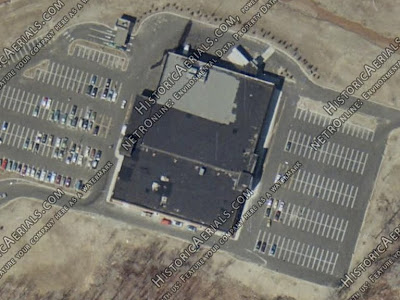 1979
Looks as though a bank may have been located here as well. You can see the drive through lanes in the upper left corner. That structure is not there today. 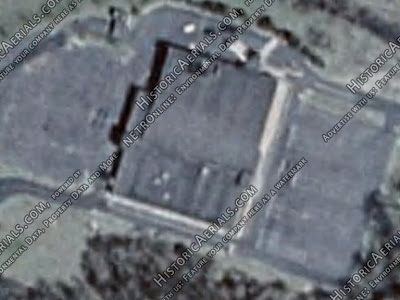 1995
The Acme is gone. Possible all tenants gone at this point. 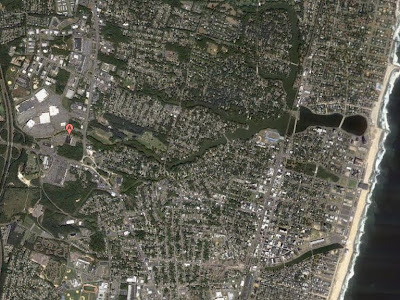 Asbury Park sits between the mall and the ocean. The construction of the mall was in part spurred by the riots in Asbury in the early 70's as the many retail stores began leaving the troubled the town. Once a huge Jersey Shore destination, Asbury Park sunk into abandon and despair in the 70's. Planned redevelopment throughout the 80's and 90's failed to see fruition. The 2000's has seen some significant progress, especially along the ocean front. The town itself still has a long way to go reestablish much of it's former glory. 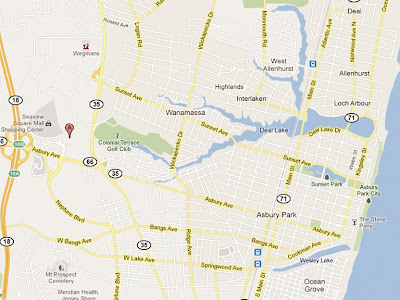