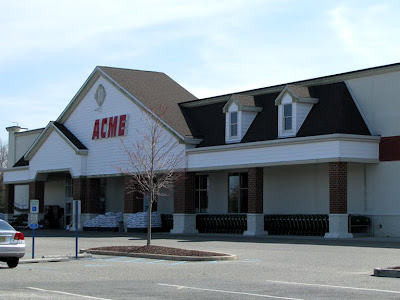 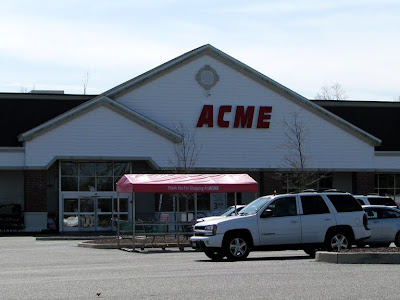 
Our final stop in Cape May! The Northern most Acme location in the Cape May area is also the newest of the Cape May stores. Also happens to be one of the loneliest Acme's out there. The planned shopping center that was to join the Acme has yet to materialize. Population in the area is low and quite spread out. The store's good fortune comes purely from being located on the main road to Avalon beach. (A quick satelite scan of Avalon didn't reveal any significant supermarkets on the island). Summer business is sure to be high while sales slow significantly in the winter. A combination that Acme has turned into a successful business model for many of it's shore stores. The other Acme Cape May Court House is located less than 4 miles South. That store recently won it's battle with a competitor when the SuperFresh across the street closed this past April. Nice to see Acme come out on top for a change. You can visit that Acme location by clicking here. 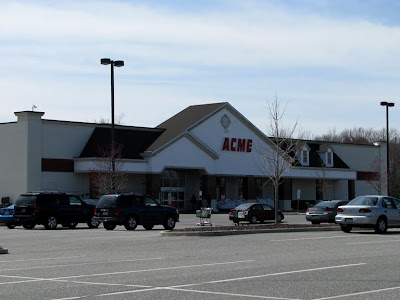 Satellite images show this store arriving sometime after 2002. I would guess it was shortly after, as this store is among the new locations built when Albertsons purchased the company. The exterior design matches closely to the West Chester store but switches out the brick for white siding and does not have a second entrance. Very similar to the Swedesboro Acme which has not yet been featured on the blog. No pharmacy here. Possibly due to the seasonal nature of the business. 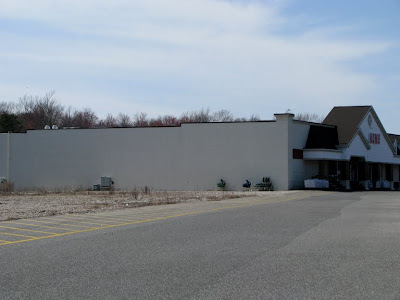 Space has been allocated on both sides of the Acme for additional stores. None have arrived. The Acme may originally have been planned to be larger than it's current size. We'll see more evidence of that in the satellite images. 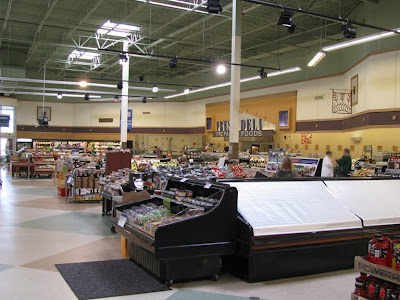 Built with the Albertsons Marketplace decor package that was standard issue in early to mid 2000's stores. Aisle markers have yet to be switched out to the Premium Fresh and Healthy markers. Rob visited this store in March so the update may have happened before the summer season started. The covered Produce cases here may be due to slower business during the winter months although Rob did report seeing a healthy crowd at the store. 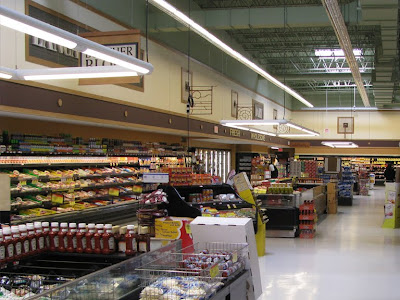 Sky lights in these Albertsons Marketplace decor stores do wonders for the interior. I have been in stores that do not have them and the interior comes off as dark and gloomy. 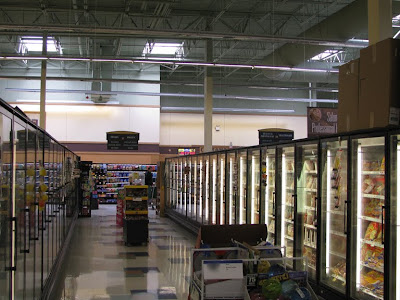 You can see the original aisle markers still hanging here in frozen. 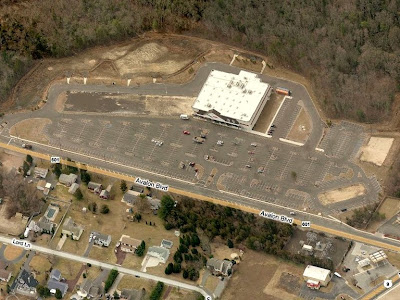 Aside from a strip of stores planned for the left side of the Acme, there appears to be lots reserved for two stand alone businesses to the right side of the parking lot. 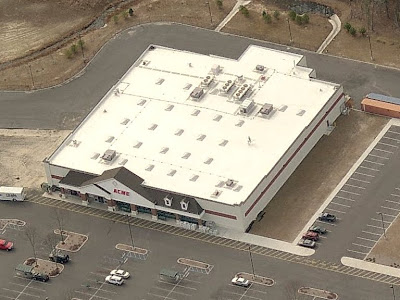 The empty lot to the right of the store would seem to indicate that Acme reduced the store's footprint after plans for the parking lot were finalized. 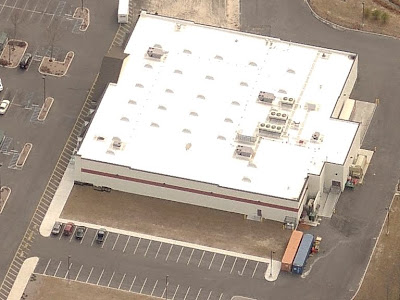 Side door leads to a mud pit. Doubt that was the original plan. 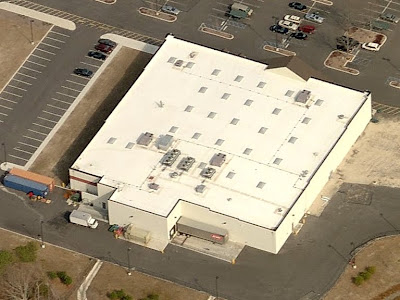 Very similar in size and layout to the Wildwood store. That store, however, had a retro designed facade to match the look of the town. You can view the full post by clicking here. 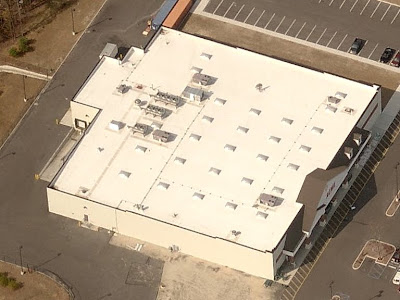 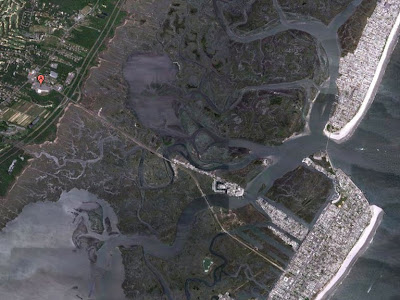 Avalon Beach in the lower right. Sea Isle City is on the island in the upper right. Acme has a classic store there which was visited during last year's tour. 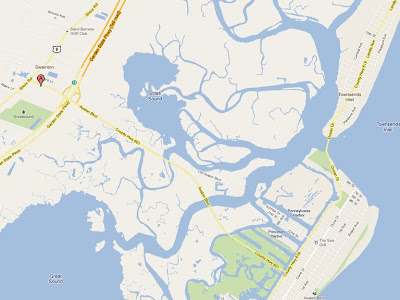 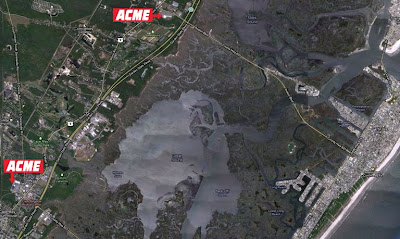 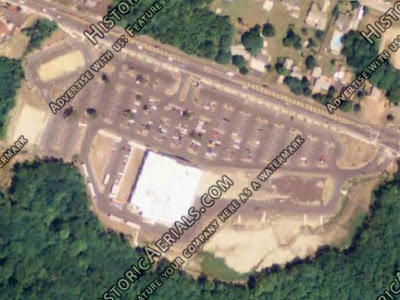 2006
Good crowd at the Acme! Undoubtedly the summer season here with all the green trees. 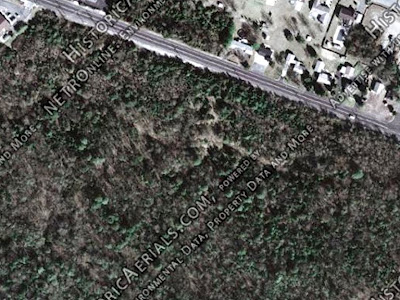 2002
Too bad they cut down all those trees for a whole lotta nothin'. 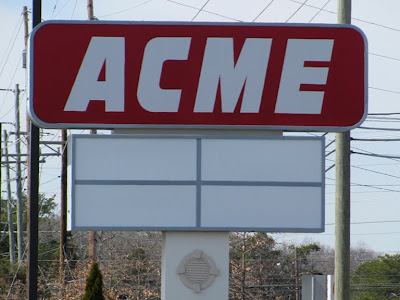 Just Acme. Doesn't look like anything else will be opening here anytime soon.


To review the stores of Cape May...
jump back to last week's post by clicking here.