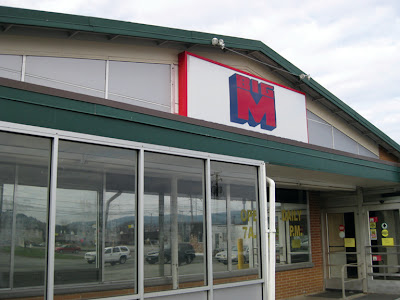 An abandoned Big M, which is a former BiLo, which happened to be a former Acme! Certainly one of the smallest pitched-roof stores I've ever seen. It was probably built towards the end of the pitched-roof era in the late 60's to early 70's. Acme left this location in 1994 when 45 of it's 240 stores were sold to Penn Traffic. Most of those stores, if not all, became BiLo's. A few that I had been in back in the 90's had little remodeling done after the stores switched banners. I was in this store once when it was a BiLo. Not sure when Big M took over or how long they lasted here. There is a larger, independent grocery store across the street. 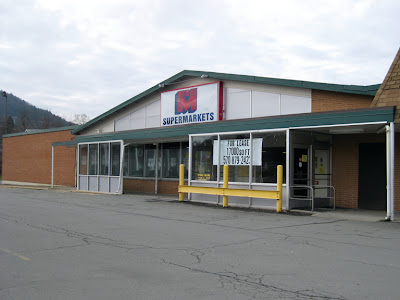 According to the "for rent" sign, the store has 17,000 square feet. The section extending out to the left appears to have been an addition. I received an email with a bunch of information about this store quite a while ago and haven't been able to locate it. The emailer did say the left section was an addition that was added on during the Acme days. It was also mentioned that flooding in the area may have hastened the closing of the Big M. 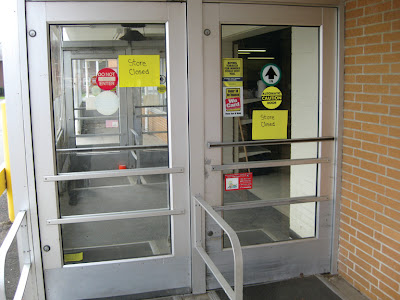 Looks to be a standard issue Acme vestibule. Like most pitched-roof stores, it has only one set of doors to pass through when entering. It is unusual for the vestibule to be under the awning. 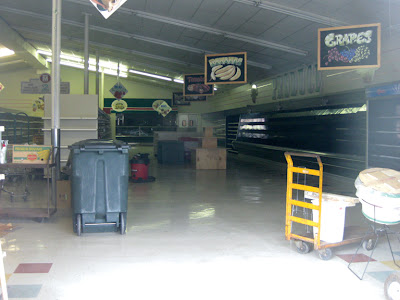 I believe Big M did a remodel here after BiLo left. It's been so long since I was in this store I'm not entirely sure. Cases and shelving look quite new. Check out the tiled ceiling! It's not exposed to the rafters which pitched-roof stores were famous for. I have another pitched-roof store in the Acme Style vault that has ceiling tiles as well. 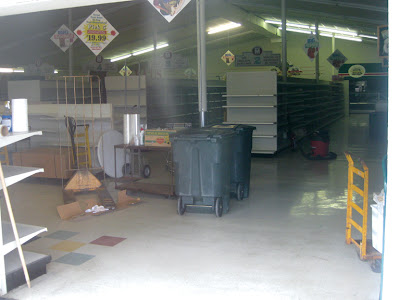 Looks to be about  6 aisles under the pitched-roof section. 3 more under the flat roof section for a total of 9. May have been 10 aisles back in the Acme's days before the Produce aisle was increased to a double-wide. 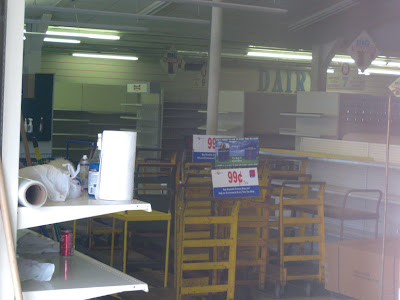 Although it looks like clean-up is still in full swing, I think the place had been deserted for a while. Hopefully someone familiar with the area can give us more concrete information. 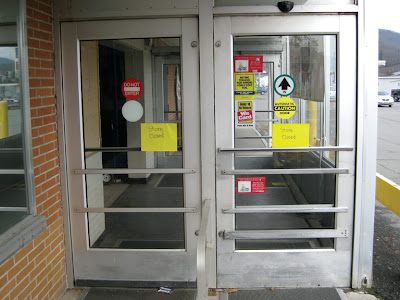 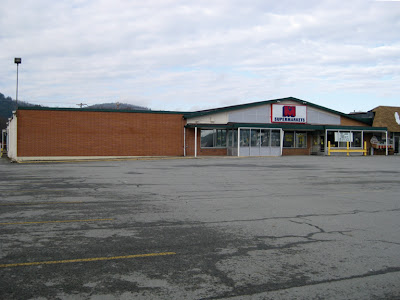 Looks as though the addition doubled the size of the store. The left side of the addition contains back room space. The vestibule on the left side there may have been used as a car coral. I believe the only entrance and exit was to the right side. Not a very grand looking pitched-roof store. Looks like it got hit with a shrinking ray. 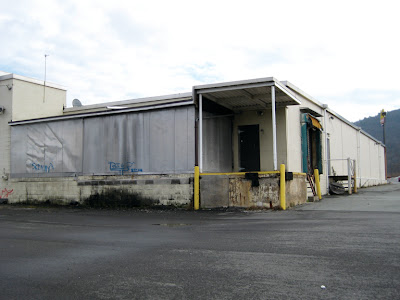 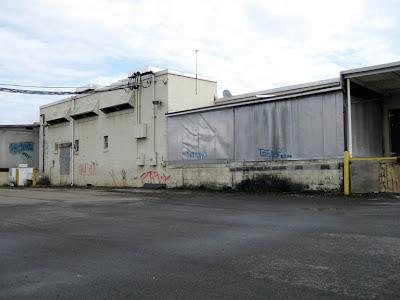 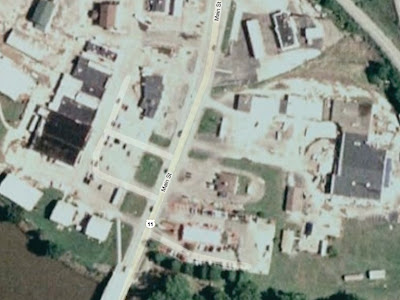 Very limited aerial shots online. No up close shots of this area are available. The Big M is the dark-roofed building on the left. Rob's Country Market is all the way on the right side of the image. 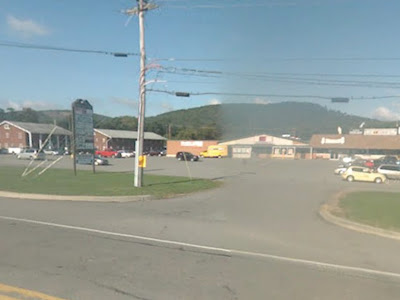 Street views were available over on Google Maps. The store looks to be open here. Apartment buildings line the left side of the parking lot. 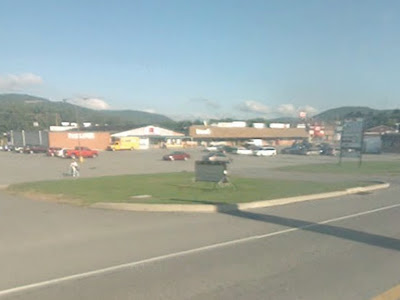 A strip mall extends to the right of the store. 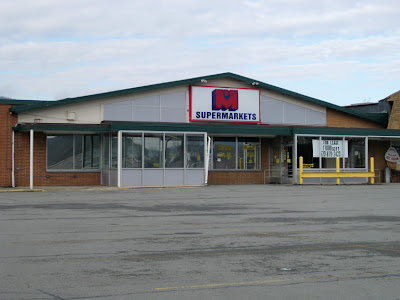 Perhaps another grocery store will give this location a shot and give Rob's Country Market a run for it's money. But with only 1,200 people living in Hallstead, there may not be much of a need for a second grocery store. 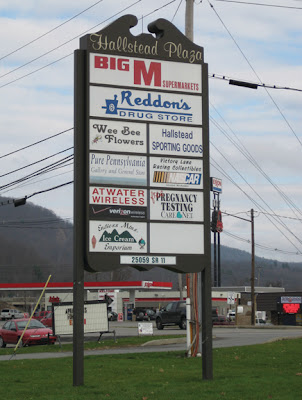