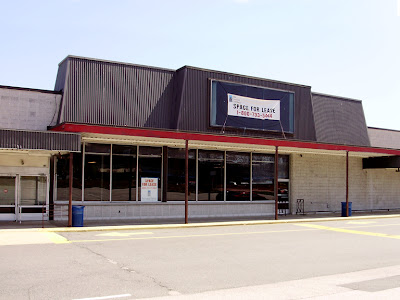 Round 1 of Acme photos courtesy of Drew of Baltimore

Maryland's first appearance on Acme Style! This abandoned Acme is located at 1000 Pulaski Highway in Havre de Grace. I first discovered this store long before Acme Style was launched. Way back when, satellite images showed the store still open with the red oval logo on front. Figured it had the 80's Remodel but was too far of a trip to find out for sure. Last October, I received an email from an Acme fan who had photographed the store and offered the pictures for Acme Style. At that point I was too busy with PA and NJ to think about anything in Maryland so I saved the pictures in the Acme Style vault for future use. A few weeks ago I began thinking about getting those pictures up on the blog when out-of-the-blue someone else sent in some pictures. I decided that Havre de Grace's time had come. So here it is... Round 1 of pictures are from Drew of Baltimore and Round 2 down below are from Gary of Delaware. 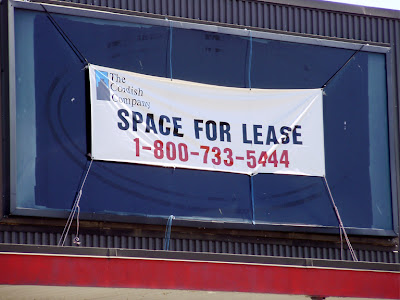 Drew believes this store closed in February 2007, making it one of the longest lasting 80's remodel. The building is now occupied with a DJ Liquidators. Surprised it's not a CVS? Well... funny thing is... CVS built a new store in the parking lot after the Acme closed. You'll get to see some pictures of the CVS from Gary's collection. 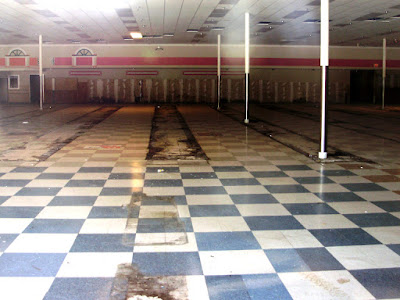 Ahhhh... the 80's Remodel. I might be a little too obsessed with it. Mostly because the Acme I worked in didn't get it while all the others in the area did. To add insult to injury, we had to join in the Grand Reopening celebrations of other stores, offering insane deals like free 5 pound bags of sugar and Breyers ice cream without all the fan fair of new decor and added service departments. But my old Acme (which I left a long time ago) got the last laugh as it outlasted many of the 80's remodels that were closed in the 90's and 2000's. 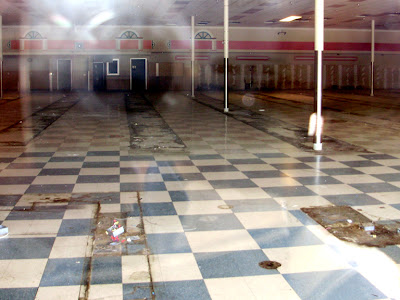 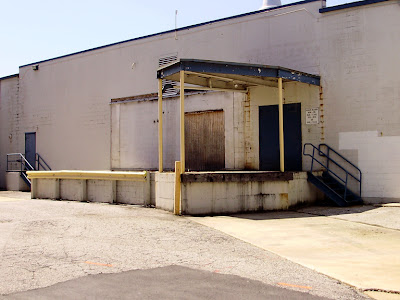 Some back of the store shots... 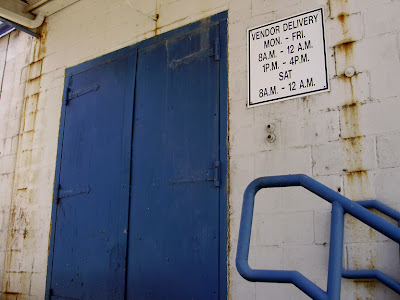 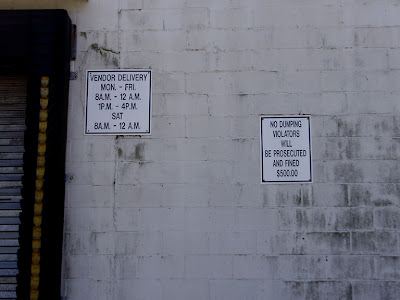 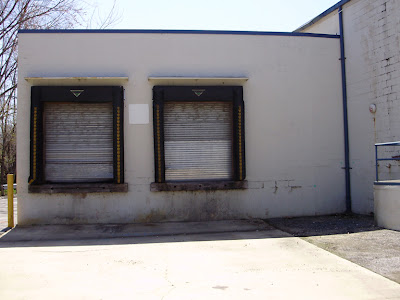 This section appears to be an addition that most likely happened during the 80's remodel. 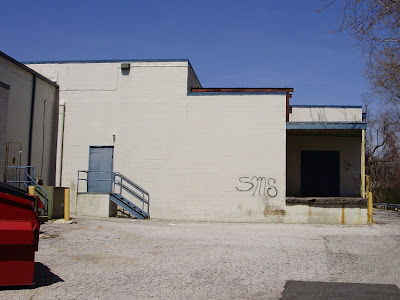 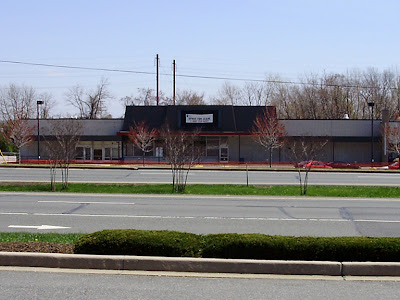 And now for Round 2 of Acme photos courtesy of Gary... 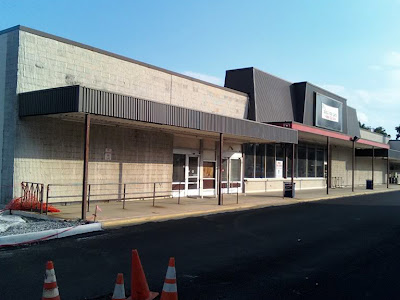 Check out the odd placement of the CVS. The entrance is faces away from the rest of the strip mall. Satellite images were taken before the CVS was built so we won't be able to see an aerial view of the new configuration here.

There's got to be a story here as to why CVS didn't move into the Acme. Was it cheaper to build a new store rather than renovate the Acme space?

UPDATE: 10.17.10: The question has been answered! CVS wanted the space but Acme held onto the the lease for two years after they departed the building. Anxious to get a store up and running, CVS built right next to the abandoned Acme. 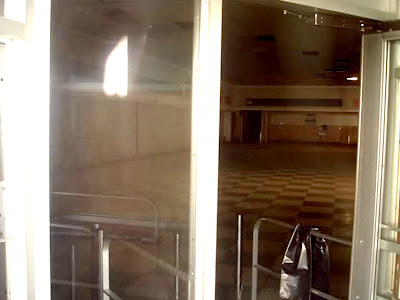 Some great interior shots by Gary. This is the entrance with Fresh Produce to the left, Floral was in the front corner and Seafood in the back corner under the blue stripe. 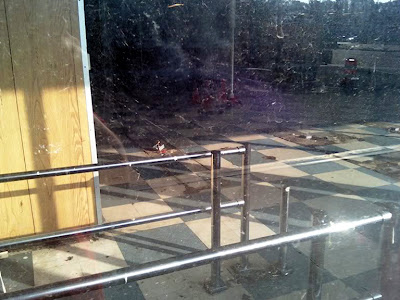 The exit area with Customer Service around the corner. 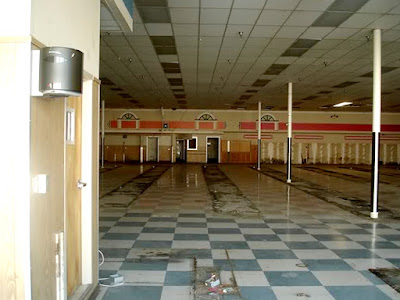 Deli and Quality Meats along the back. 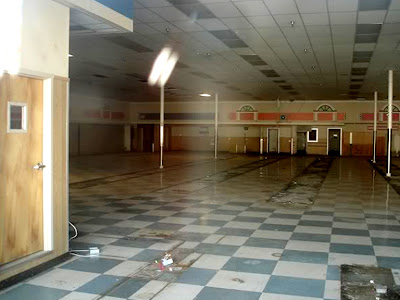 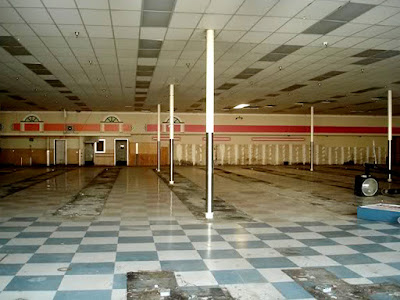 Lamps from the parking lot were stored inside back when Gary took his pictures. Probably removed from the area where the CVS was built. 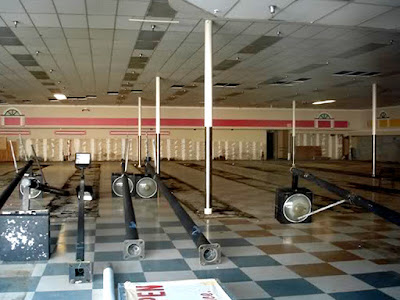 Dairy and Eggs along the right wall. This store also had "Frozen Foods" towards the front of the Dairy wall. The Bakery was in the front right corner. You can see the curved drop ceiling at the top of the picture. A very common element in stores built in the 70's and early 80's. 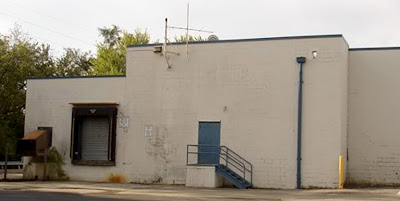 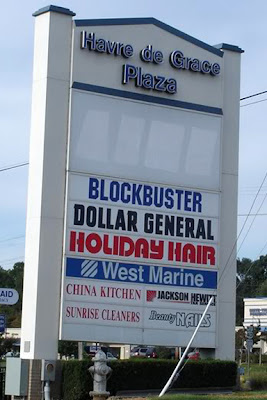 The updated logo was used in the plaza sign now painted over. 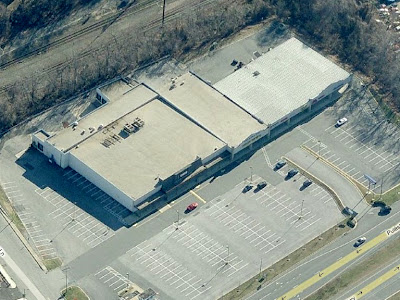 Some aerial images of the shopping center... 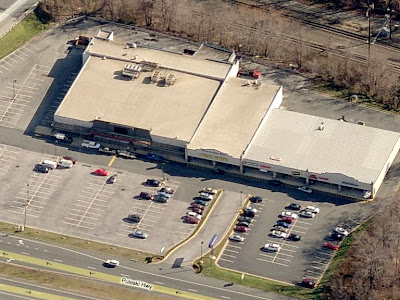 Looks as though the Acme is still getting cleared out in the one above. 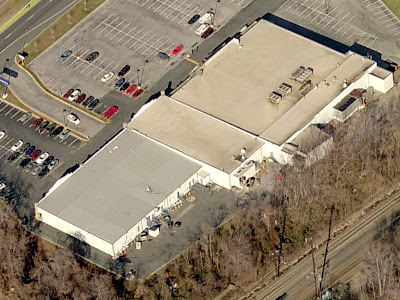 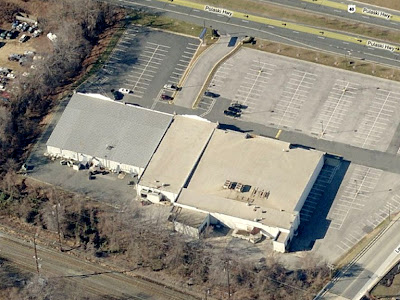 A Weis Market just down the street... 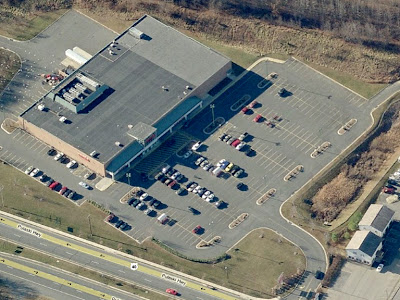