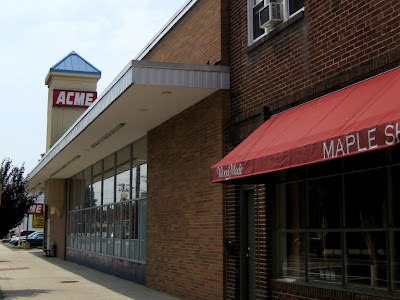 Welcome to the Mapleshade Acme! Located at 41 West Main Street right in the center of town. One of the smallest and oldest Acmes still in operation today. Also one of the only street-front stores still in existence. It's a must-see for the serious Acme fan. 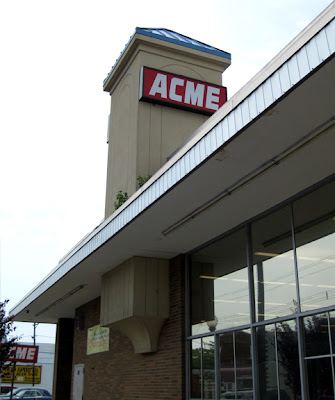 Bill Haines, who has been leaving some extremely informative comments here on the blog, sent in some interesting facts about the Mapleshade store: 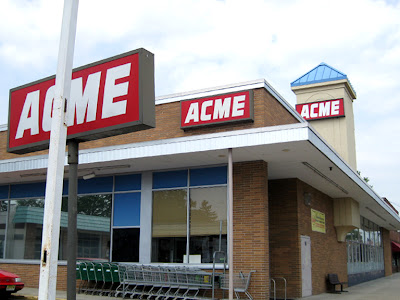 The newer section of the building now serves as the front-end of the store. Aisles run parallel to Main Street. Entrance and exits are along Main Street and back by the rear parking lot. All these years later, the exterior still has the 1950's feel to it. One of most unaltered exteriors of any Acme still around today. 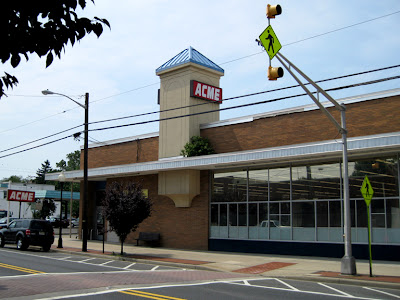 Did someone put that plant up by the tower or did something just start growing there? 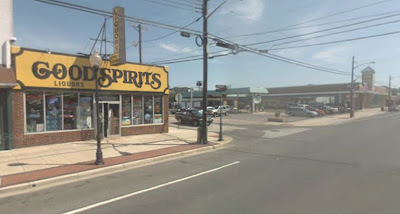 The Good Spirits Liquor store used to be the good ol' Acme! The old Acme sign structure is still intact on top of the store. Interesting to see how the "tower" sign evolved from the old store to the new store. This image is from Google Maps. 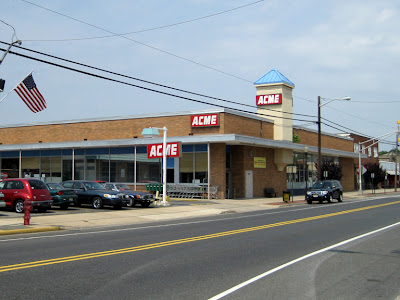 Acme's parking lot is to the rear of the building. A one-way alley runs along side/front of the store. 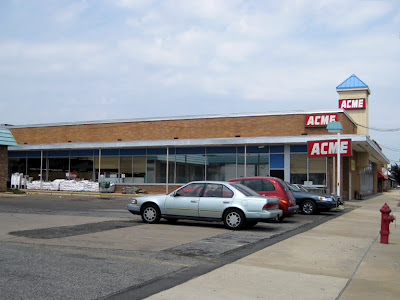 Cars seen here are actually parked at the gas station next door. 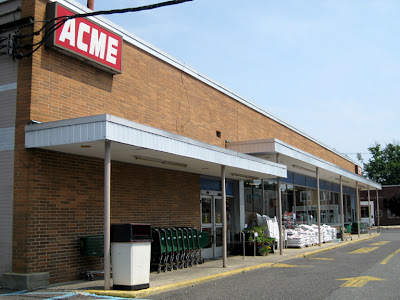 The rear entrance and exit sends you down a ramp inside... 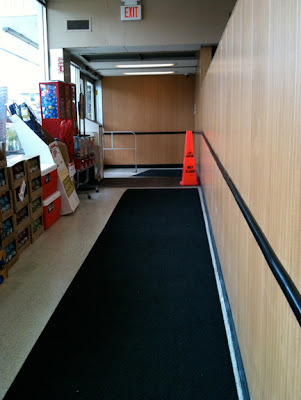 Produce cases line the wall on the right. 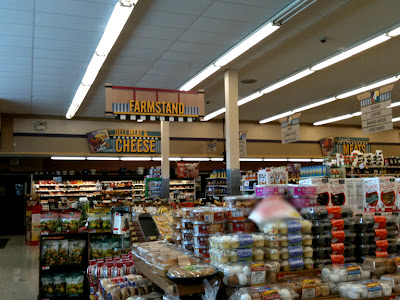 And here we are inside! A very attractive and well maintained store. The Industrial Circus Decor looking very nice here. I believe someone wrote in and said this store previously had the Checkerboard Arch decor. The last remodel looks to have been quite significant with all new cases, flooring and registers. This store does not have a Bakery despite the ample selection of baked goods here in the front. 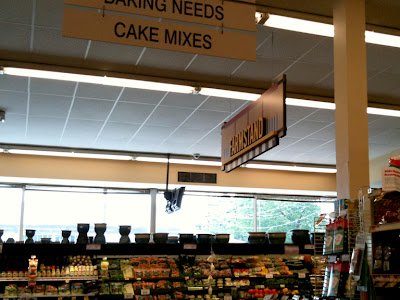 The entrance ramp shown earlier is behind the produce cases. 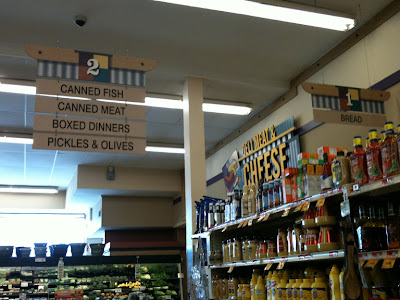 The small Meat Department runs along the wall of aisle 1. This store may not have a fully functioning meat room. 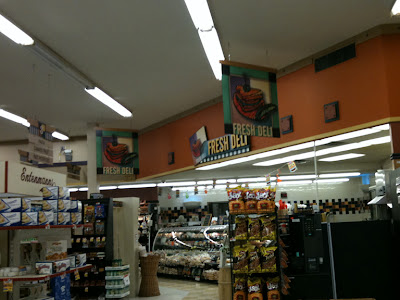 This truly is the Corner Deli. The first few aisles are shorter to make room for the Deli. The store has 11 aisles although all are relatively short. 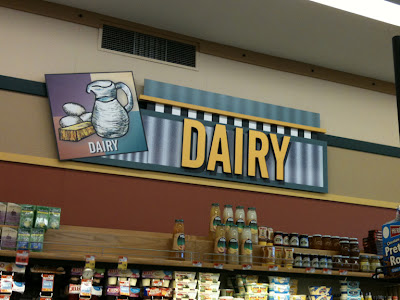 Dairy runs along the back wall. 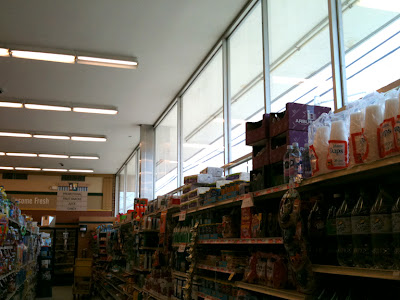 Aisle 11! Main Street just outside the windows. Frozen Food is in aisle 10. 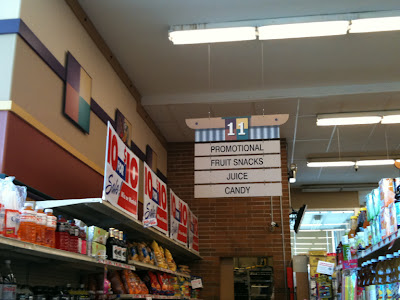 The old bread delivery room... straight ahead there... now serving as hi-tech computer storage. I find these bread rooms absolutely fascinating. Some 50's and 60's Acmes didn't have them... bread went right into the Produce delivery room... while others had dedicated highly secured brick rooms just for the daily deliveries of bread. You can see the divide between old and new up on the ceiling. 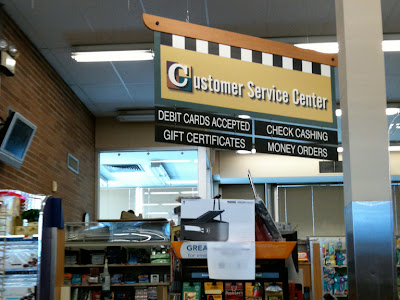 Customer Service is mostly blocked in with display cases. 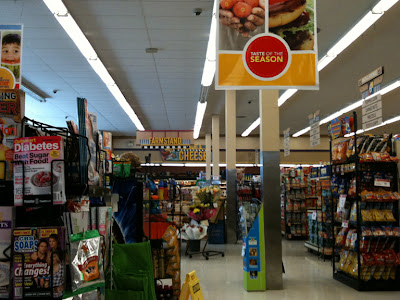 Now looking across the store from Customer Service over to Produce and Cheese. The separation of the old and the new section is marked by the support columns. 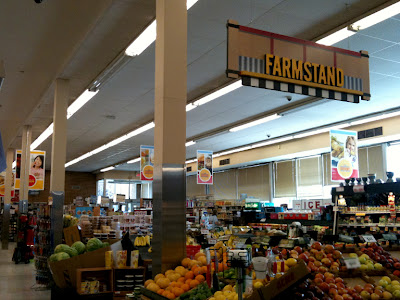 The new section has drop ceiling tiles with the old does not. The "new" section is not all the new. According to the historical aerial images down below, it was added on sometime between 1956 and 1967. 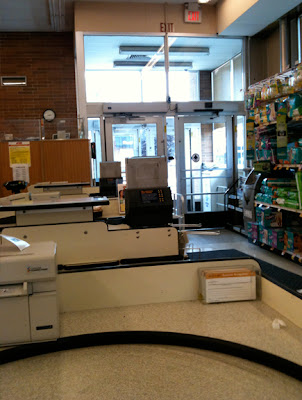 If I remember correctly, this store has 4 registers. It wasn't very busy the couple of times I have been here although that's certainly not a true indication of the amount of business it does. It must have been doing pretty well as of the early 2000's to get such a significant remodel. Most other Acmes of this size were put out of their misery around that time after years of neglect by American Stores. 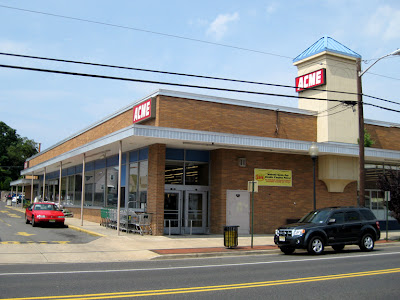 The bread drop off door to the right of the entrance and exit. (Apologies for all the ugly power lines. I haven't had time to photoshop them out of the pictures.) And now around to the back... 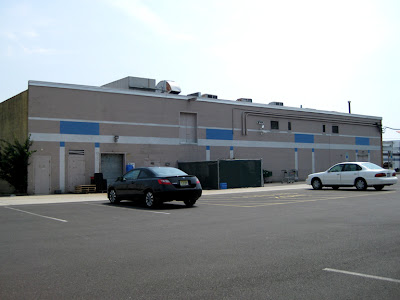 Interesting paint job to give the back of the store some life. Break room and bathrooms up on the second floor there. If you look closely at the door above the dumpsters, you can see the beam that sticks out of the roof for lifting compressors to the second floor. 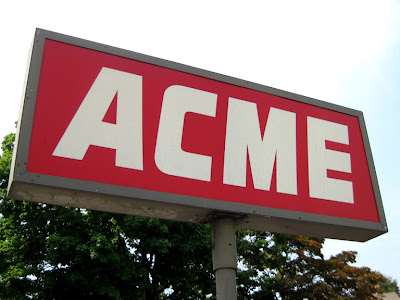 The street sign for the entrance along Lippincott Ave. 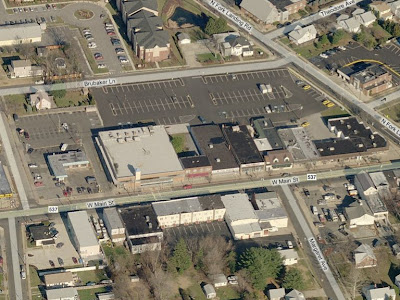 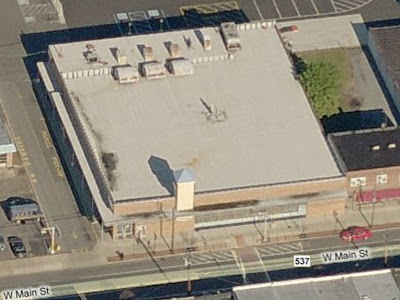 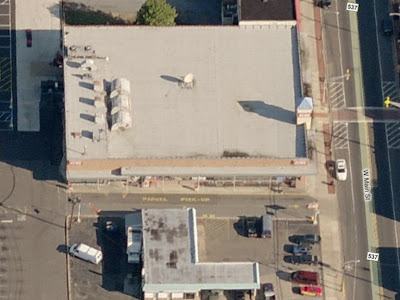 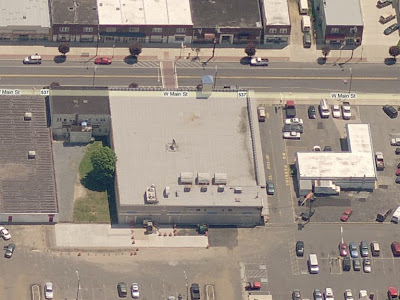 The parking lot along the back of all of the stores was redone recently. Acme shoppers tend to use the lot on the right. The parking spots were angled back in the day which you can see in the old aerial shots below.

Probably around the time the Industrial Circus remodel happened.

The new section to the left has been added on as of 1967.

The original building. Parking was available along the side of the store before the addition was put on, turing the side into the front. 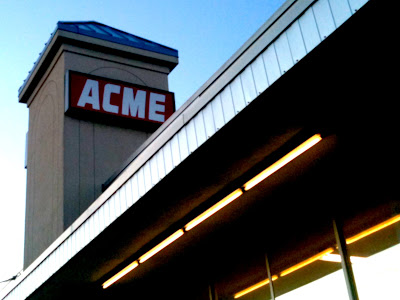 Go see this Acme. Who knows how much longer it will be around. I wouldn't be surprised if CVS has already expressed interest in the building.