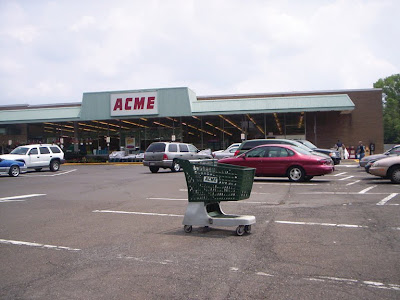 
The Ambler Acme closed in January of 2009. It was one of 4 stores to close earlier this year after SuperValu had announced record losses. I don't have the full story on this store although my suspicion is that Acme may have pulled the plug after CVS expressed interest in the location. There have been several Acme closings this year that have occurred for reasons other than profitability.

Not sure of the interior decor at this location. If you look closely you can see the produce lights which were brought in during the Checkerboard Arch decor-upgrade in the early to mid 90's. I have read reviews online that said the interior of this store was in bad shape. Smelly even. One person said the store was in desperate need of TLC.

An interesting note about the front of the store... all of the windows remained intact til the very end. Most store of this style had the windows to the right removed and covered over to increase shelving space inside. This was commonly done during the remodels of the 70's. The only other store I have seen of this type with the windows intact is the abandoned Washington, New Jersey store. Click here to take a look. The Washington location has the Checkerboard Arch decor and you can see the produce lights there that hard to see here.

Thanks to Josh for allowing Acme Style use of his pictures. He has photographed nearly every Acme that has ever existed. You can check out his flickr photostream by clicking here. And his Acme collection by clicking here. 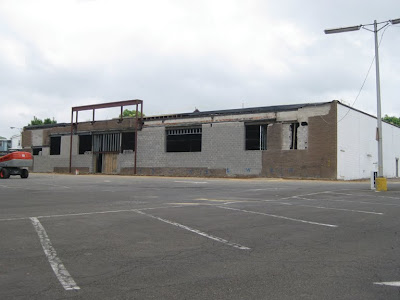 I had hoped to make it to this store before Acme closed and then before CVS got it hands on it. Obviously I didn't make it. This building looks to be a larger version of this style of Acme that was commonly built in the 50's and 60's. 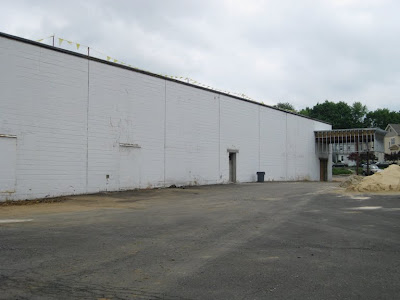 The right side of the store with the old produce recieving doors covered over. This was frequently done to create the produce alcove years after the original construction. Notice there are no break room windows along the top which was customary in this type of Acme building. The break room and employee bathrooms were moved to the back of the store as these late 50's styled buildings evolved. I photographed this store way back in the spring... wasn't as adventurous as I am now with taking pictures of every possible angle of the buildings. You can see the CVS drive-up window under construction at the back corner. 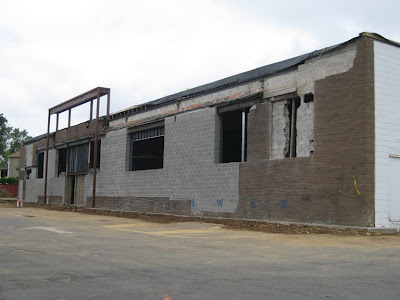 It looks as though CVS is taking over the entire building which would made for an unusually large CVS. These days... bigger is always better. 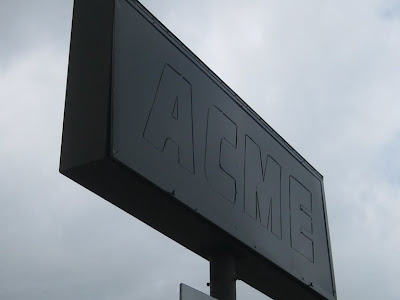 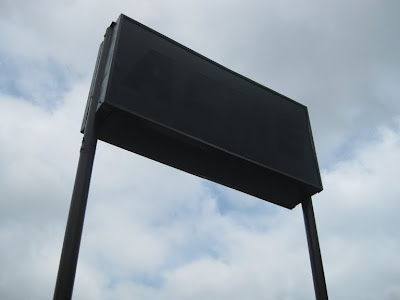 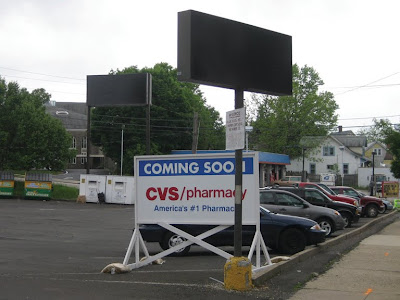 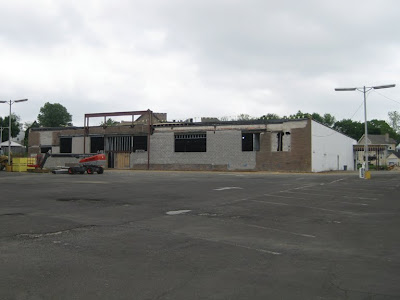 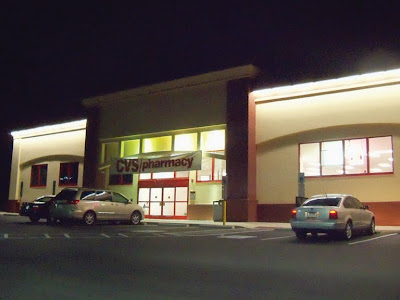 
CVS has arrived. The store opened with work still needing to be done. 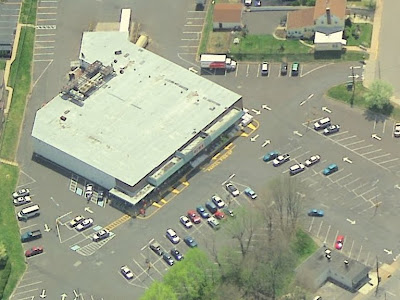 The wrap around awning was a classic feature in these old Acmes occurring almost exclusively to the left side of the store. Produce always over on the right side. 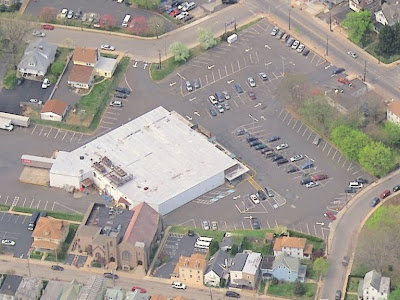 I'm always amazed to see these older Acmes crammed into the most unlikely of locations. Houses within feet of the store. The back corner cut at an angle to leave some space between the Acme and a church. 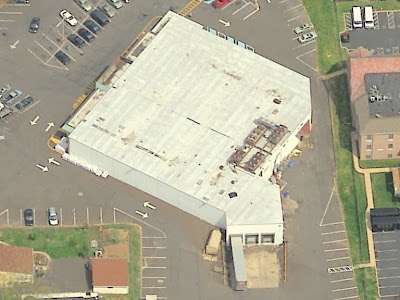 These loading docks were most likely added long after the original construction of this store.
Posted by Acme Style