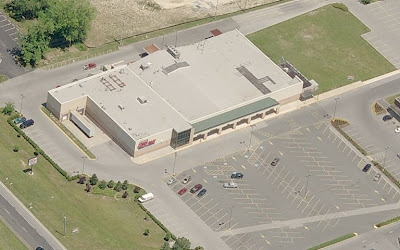 This former Acme is getting filed under "Crash and Burn Part II" here at Acme Style despite operating at this location for nearly 40 years. Details to come...

I had heard about this Acme's story years ago but was not able to track down it's location after I started Acme Style. Thanks once again to Live Maps for being an invaluable tool to search unfamiliar territory. I also discovered a few more tips online after digging very deep into Millsboro's history.

So here's the story...
Sometime around 2001, Acme launched a massive addition and remodel to this former pitched-roof store. Price tag: $5 million. In the summer of 2002, a year after it's Grand Re-Opening, the store abruptly went out of business. Around the same time Ames closed it's doors in the shopping center just down the road after that chain had declared bankruptcy.

Millsboro residents and officials were baffled by Acme's decision to leave especially so soon after a costly remodel. Acme's response to the store closure was that it felt the remodel did not attract enough additional business to keep the store going. Acme claimed it lost $1 million dollars in the year following the re-opening.

Now unfortunately for Acme, the timing of it's Grand Re-Opening coincided with the repaving and expansion of Rt. 113 in front of the shopping center. The project dragged on and made traffic in the area a nightmare. Millsboro officials agree that businesses all along 113 suffered during the road work but at the same time the town was growing steadily and businesses should have recovered quickly after the work was completed. Apparently Acme didn't see it that way. Despite having little competition in Millsboro and a growing population to attract, Acme packed up and left town. Not sure what store is in the location now.

UPDATE 4.13.09: Acme Style received an email from someone familiar with this area and the Acmes of Delaware. Turns out there were some Union issues that contributed to the closing of this store as well as very slow business during the non-summer months despite a first-rate remodel at this location. 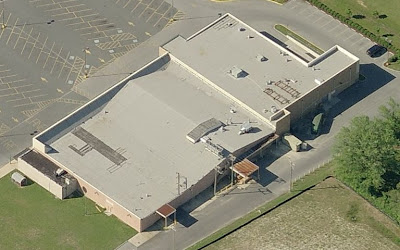 Here you can clearly see the remnants of the original pitched-roof Acme. Not sure what this store is today. The sign can't be easily read from these satellite shots. It does look like it is still a grocery store. 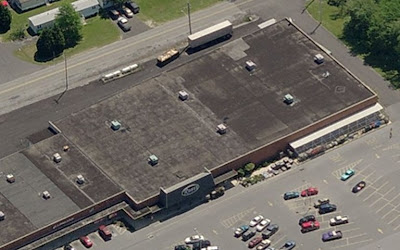 This is a shot of the store that is to the rear of the parking lot. I originally thought that this was a replacement to the pitched-roof Acme as the facade looks very similar to Acmes of the 80's. But thanks to some emails I received, I learned that this building was never an Acme. 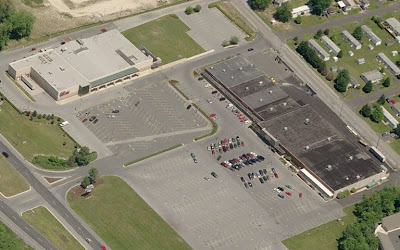 A final look at this former Acme shopping center.
Posted by Acme Style