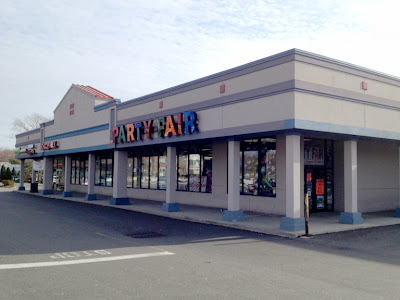 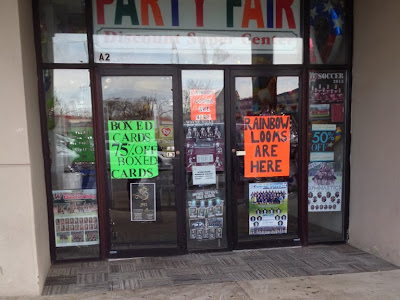 No Acme leftovers around the original entrance. The whole building has been recovered with fiberglass stucco. The delivery door that is seen in the classic photo to the right of the entrance is covered over as well. The interior shows no signs of the Acme. It looks as though the drop ceiling has been lowered. The floor tile and carpet inside appears to be left over from a previous tenant as it doesn't match up with Party Fair's layout at all. 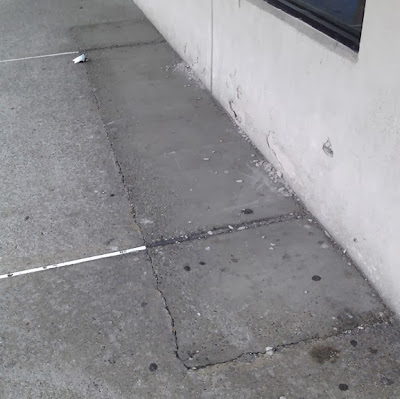 Scar left from the planter which can be seen in the classic photo. Zoomed in view below... 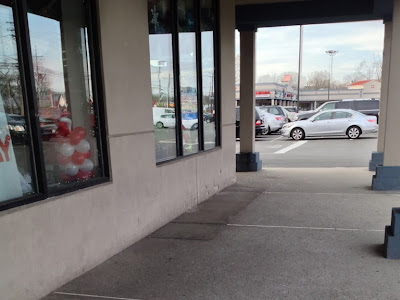 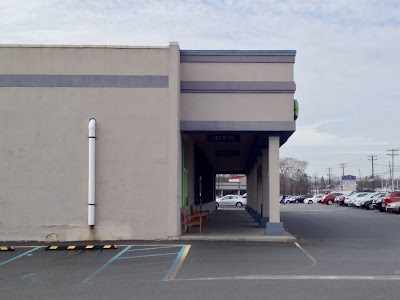 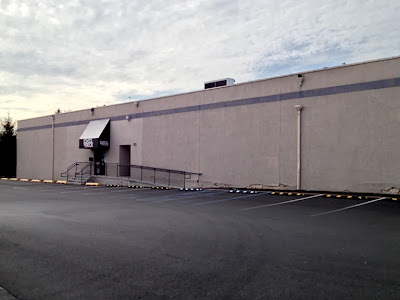 The stucco is breaking off in many places along the base of the walls. 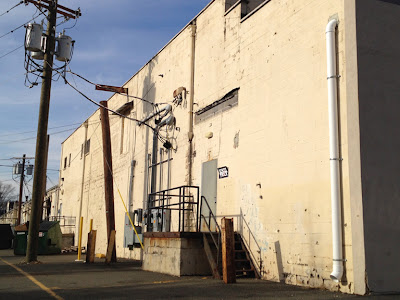 Some Acme elements still to be seen around back! 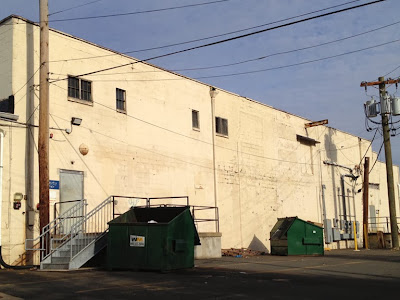 Even the beam for hoisting the compressors to the second floor is still intact... 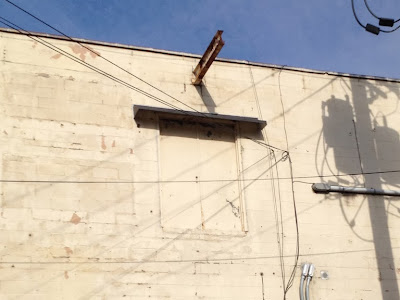 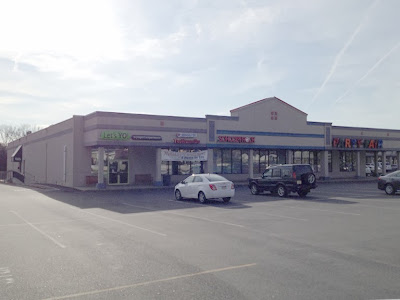 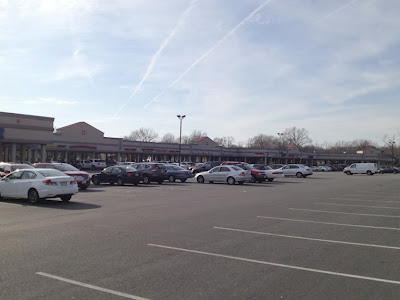 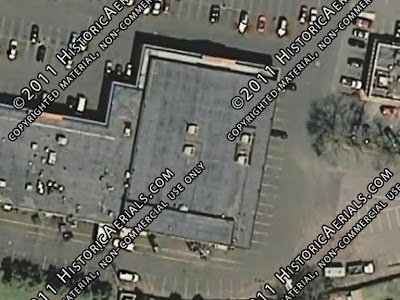 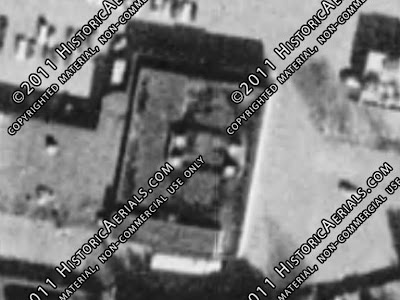 1987
In the 1970 image below, you can clearly see the shadow of the script logo in the parking lot as well as the letters along the awning. Judging from the shadow in the above image, the script logo was removed my 1987 in favor of the square fish-eye sign. 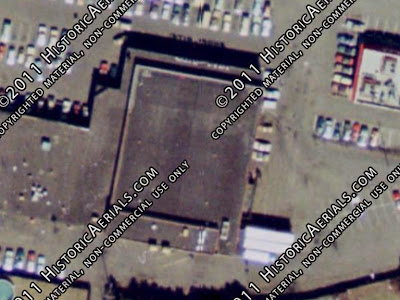 1979
As mentioned above, the script logo is visible from space! 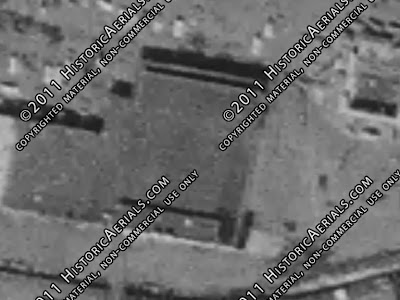 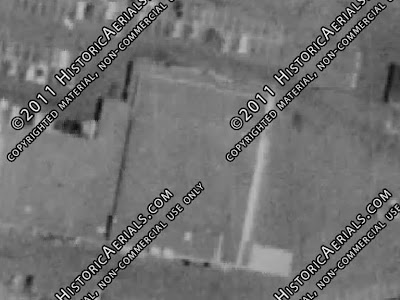 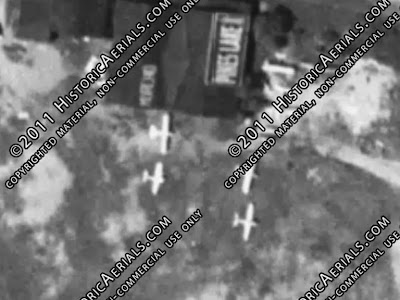 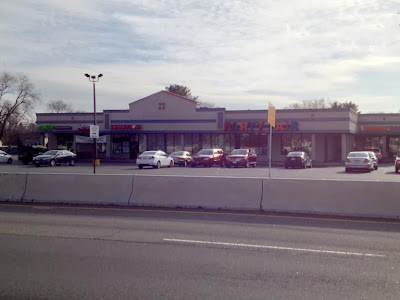