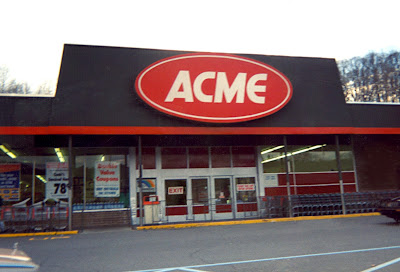 This just in... original pictures of the Clarks Summit Acme! The photos were sent in by Mike of Nanticoke, PA, the day after the Clarks Summit post went up. He traveled around and photographed many of the 45 Acmes that were sold to Penn Traffic. This photo was taken in late '94 between the time the sale was announced and when it was finalized. 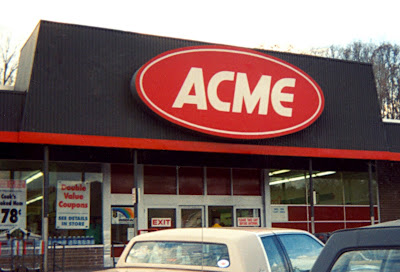 If you look closely, you can see the 80's Floral wall treatment to the right of the entrance. This store did in fact have the 80's remodel until the end. Awesome red oval sign! Most stores received a plastic sheet that slid right into the old fish-eye sign frame. Some stores got this deluxe treatment. You can see holes left over from this sign in the pictures below. Thanks to Mike for sending these in! We'll have to see if he treats us to some other classic pictures in his collection. 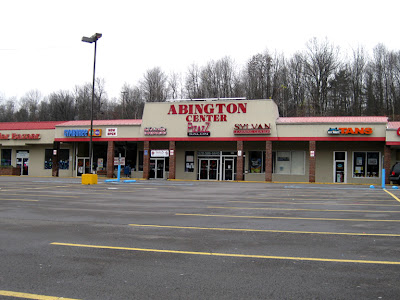 The Abington Center, located on South Street in Clarks Summit PA, is the fomer home of an Acme Market. Closing date: unknown. The one bit of information I do know about this store is that it did receive the 80's remodel. The section seen here appears to be the original Acme building with the section to the left being an expansion added later which nearly doubled the size of the store. 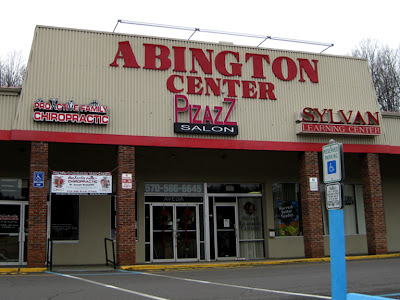 The Acme shopping cart ramp looks to be still in place. The current doors may have been the same placement of the Acme entrance and exit. Now the doors lead to two separate stores. 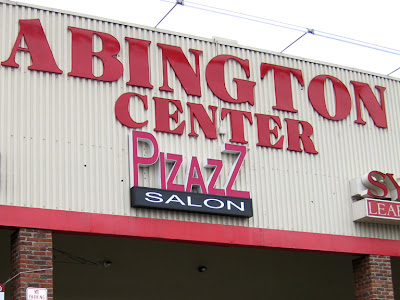 You can see holes along the bottom which appear to be left over from where the red oval sign was mounted to the front of the store. 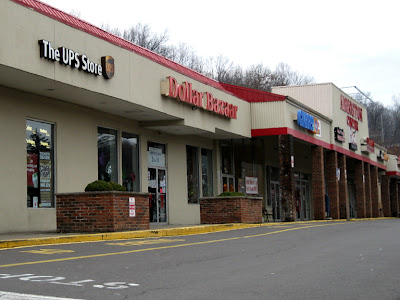 Looks as though this Acme started out as a 60's store and was expanded at a later date. More evidence of this can be seen from the satellite images below. The Dollar Bizarre has a very Acme feeling inside, especially to the rear of the store where it extends into what would have been Acme's backroom area. 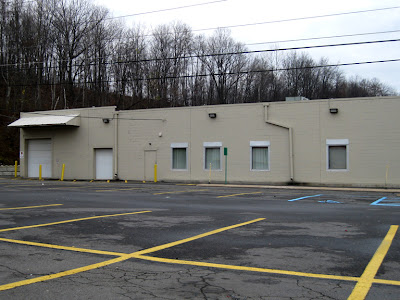 The side of the newer section. The back doors would have been left over from the Acme. A bank now occupies this space. 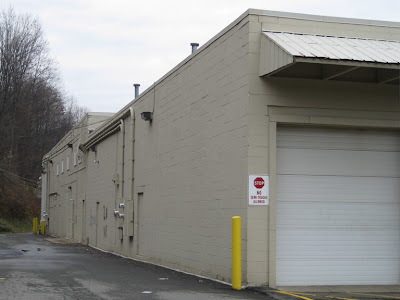 The original section with it's second floor to the rear of the photo. 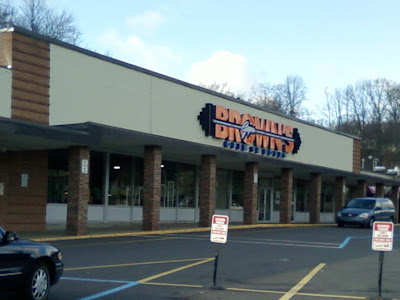 The other large building on the property, now occupied by Brown's Gym, looks as though it could have been a grocery store as well. 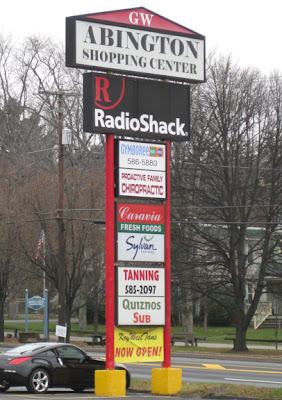 Current shopping center signage above. And if we could turn back time, down below... 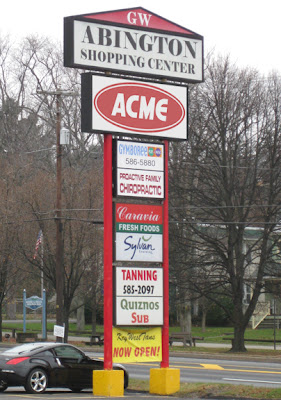 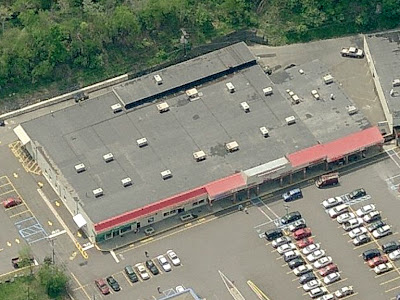 In this aerial shot, you can clearly see the addition that was added. The section sticking up from the rear of the building would have been the second floor of the Acme which housed offices, bathrooms and the break room. 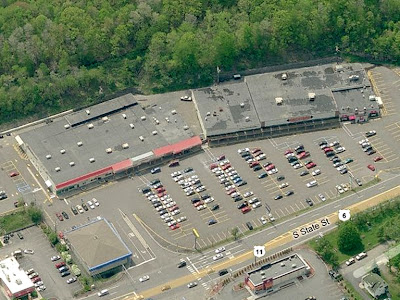 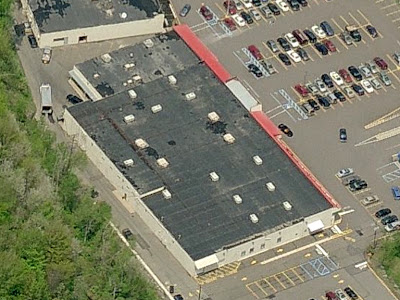 And now to the Weis Market of Clarks Summit... 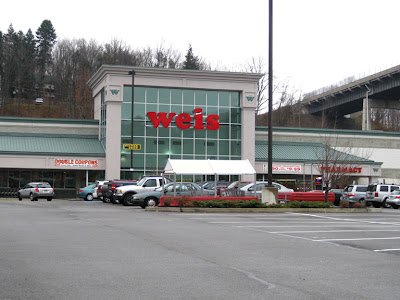 Located just down the street from the former Acme. Not sure if the Weis arrived prior to the Acme closing or after. The two chains often had stores competing with each other throughout Eastern PA. This style of Weis debuted in the mid 90's. The exterior look was a little too similar to Giant's design which was rolled out in the early 90's.

This marks the debut of Weis Markets at Acme Style. I've been planning to feature one as a Bonus Store but haven't gotten to the chosen location to photograph it. Like Acme, Weis still has some small classic locations in business today. 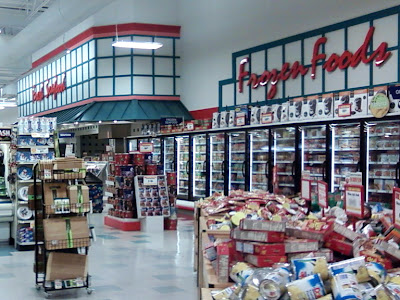 This interior design was rolled out in the 90's to both new stores and remodels. White was the way to go in the 90's. Both Acme and Giant Food went with all white interiors in that decade. Weis kept the look going throughout the 90's but has since moved onto a new decor package which I have yet to see in person. 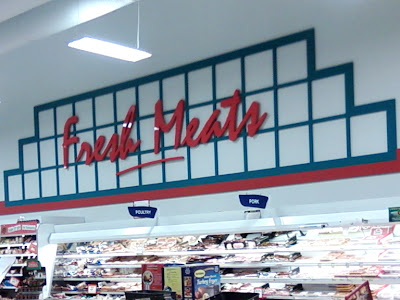 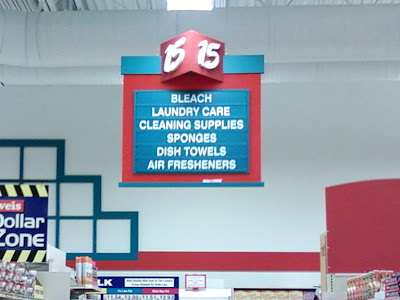 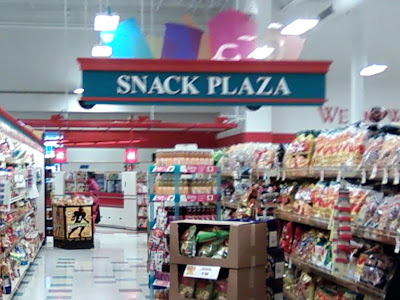 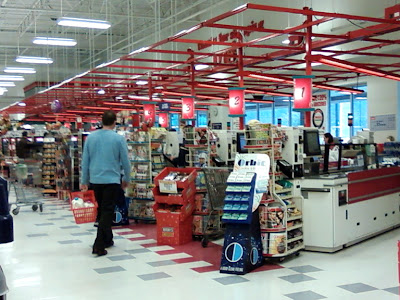 Very interesing front end here. The registers are all angled toward to the Dairy side of the store. Might seem a little a strange in theory but it's seems quite effective in person. 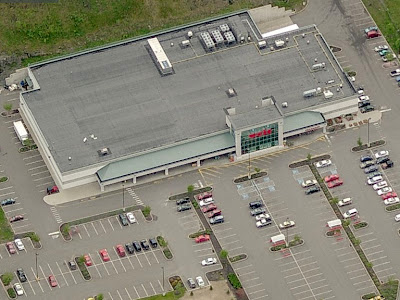 On side note about Weis: I gotta give the company props for taking on ShopRite in Newton and Franklin, New Jersey. Both towns are far removed from Weis' core market area, yet Weis decided to build these stores right next door to long established ShopRites. Not sure how they're surviving these days since Walmart has also opened stores in both towns in close proximity to each Weis store. Now back to Clarks Summit... 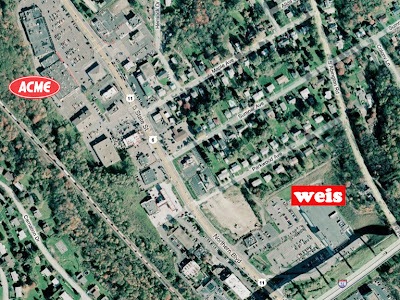 A comparison of where the old Acme and new Weis stores are located. 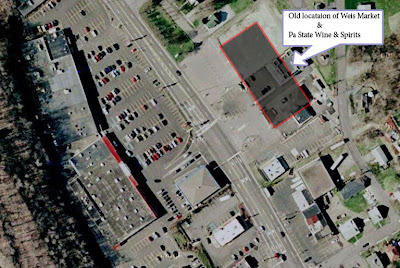 This just in from an Acme Style reader... a very helpful diagram of where the Weis store was originally located before the replacement store was built.