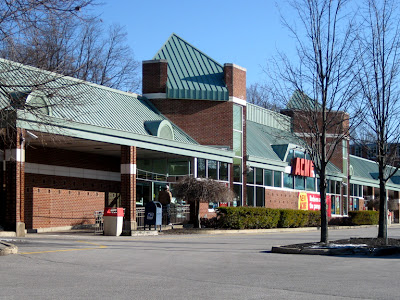 Status: Open for business. There was alot of speculation about this store closing back in 2009. If you Google "Wayne Acme closing", you will see talk of it's demise on several message boards. The store remains open and was looking good and busy upon my visit in January. There are several other Acmes along this stretch of Rt. 30. In fact, there is another Wayne Acme just down the street from here. We'll check out that store down below. Other former Acmes along this stretch of road will be featured in upcoming posts. 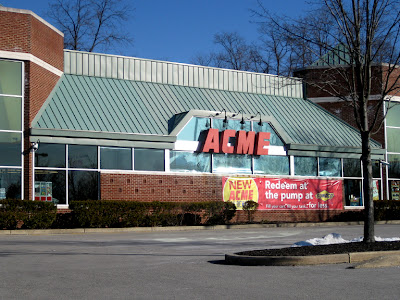 As we'll see in the satellite photos, the original store was built sometime between the late 60's and early 70's. In the 90's, the store expanded into a neighboring building and received the ultra-deluxe pyramid treatment to the exterior. This atrium area is actually located to the right side of the original Acme building. You will be able to see this more clearly in the satellite photos. 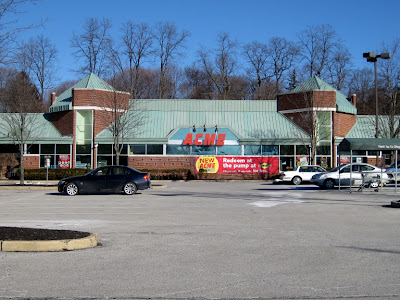 As far as the 90's remodels and expansions went, this location got the royal treatment. The only other store I can think of that got a similar treatment was the Elkton store on Rt. 40 in Maryland. The standard pyramid treatment can be seen on the old Succasunna store. 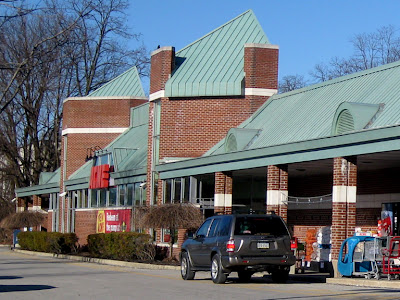 The Acme expanded into the section here on the right. There was also a Rite Aid next to the Acme but that store closed sometime in the past couple of years. I believe it was abandoned when I was here taking pictures. The Acme may be the only store left in this strip. 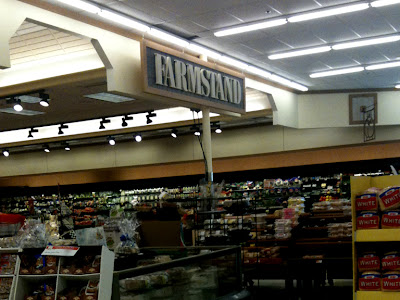 I was in this store a couple of times in the mid 90's. I seem to remember it having the Red/White/Blue decor but I could be wrong. The store now has the Alberton's Marketplace decor package. Sort of the mid-level version. It is far nicer here than what many larger stores received. 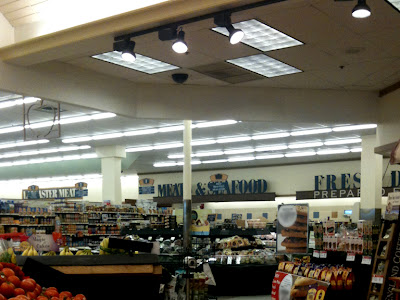 The huge column to the right of "Meat & Seafood" may be the dividing line between the original store and the expanded section. 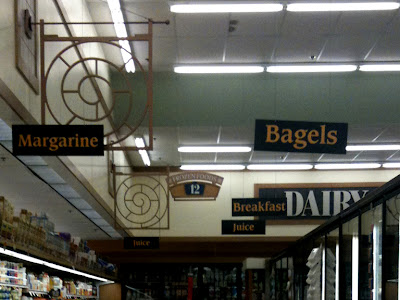 A surprisingly nice store for it's age and for all the online closing rumors. Clearly a very successful location during the 90's and early 2000's to have received such significant upgrades. 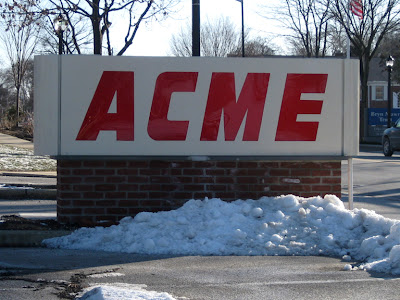 The aerial shots below give us a good look as to how the store was expanded... 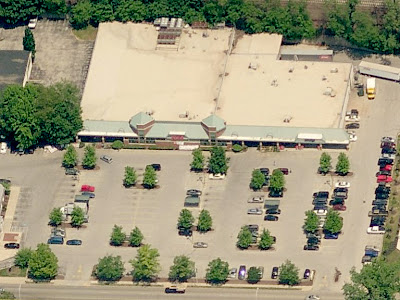 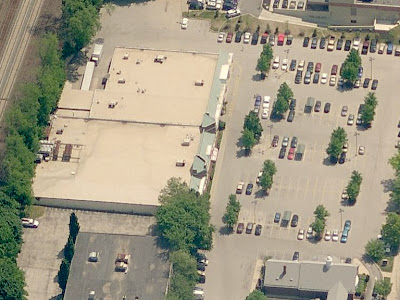 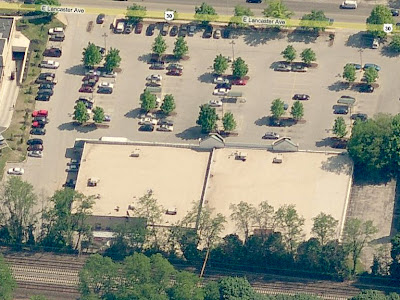 About 2 miles west on East Lancaster Ave is the other Wayne Acme.... also known as the Devon Acme. 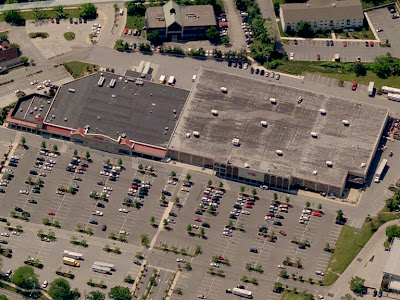 Paired up with a very cool looking Kmart, this Acme had the basic pyramid entrance in the 90's and was expanded and extensively remodeled in the early 2000's. 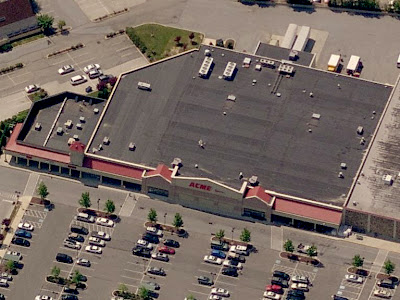 The sections with the angled back wall is the addition to the original store. 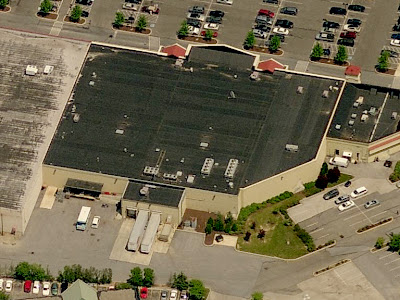 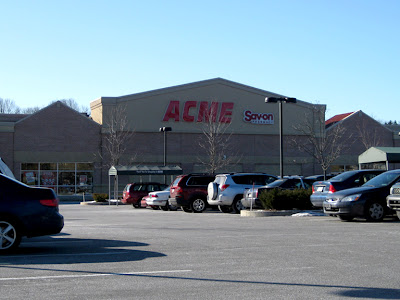 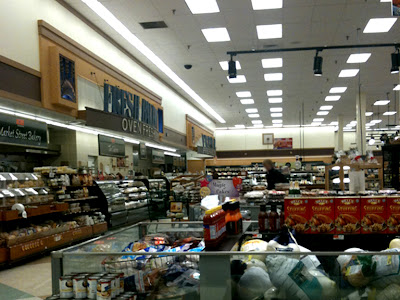 A visual to show how close the two Wayne Acmes are located to each other. There are two other former Acmes not much farther west. They will be coming to Acme Style in the future.

And now a closer look at the Kmart... 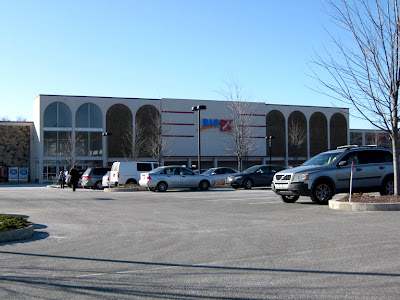 Not sure is this was always a Kmart. The exterior lends itself more towards a 70's higher-end department store. 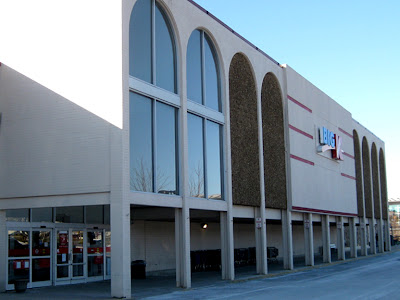 The interior is disappointing after seeing this exterior. It hasn't been updated much since the "Big Kmart" days. 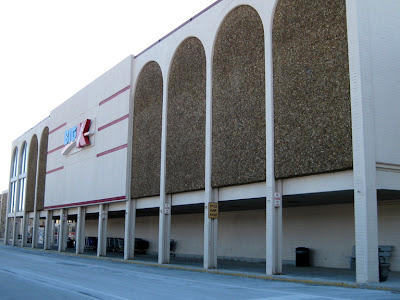 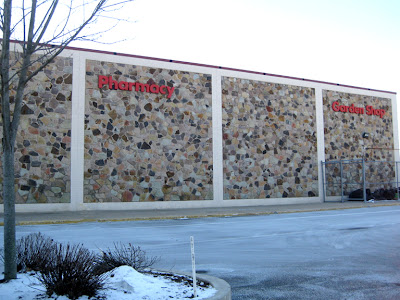 And now back to the Acmes...

Something was torn down to make way for the Acme.

The 700 West Lancaster Ave location had not yet been expanded in 2002.

Contrsuction appears to be underway in 1971.

If you click on this image, you can slide over to the left and see the drive in theater that used to be next door to the shopping center.