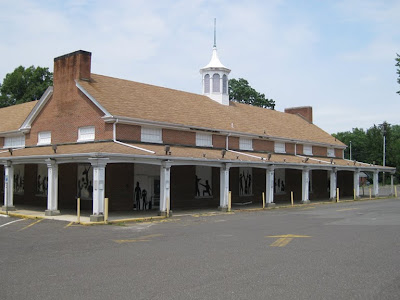 The old Moorestown Acme closed down in February 2006. A massive replacement store was built about a mile out from downtown. Prior to the new store opening, Acme said it intended to keep the old location open as well which pleased residents who were within walking distance to this store. The old location remained opened for several months but was eventually closed. In the end, claimed it did not make sense to keep both stores operating since they were located so close to each other.

Unlike the store in Haddonfield, this Acme was not retrofitted into an existing building. This store was designed and built from the ground up to be an Acme. Moorestown had strict building codes that required new buildings to have the same style as others in town. In order to accomplish this, the company hired a prominent architect from Philadelphia to design the store. I don't know if this same architect worked on the Haddonfield store as well or if the Haddonfield store served as inspiration for the Moorestown store. 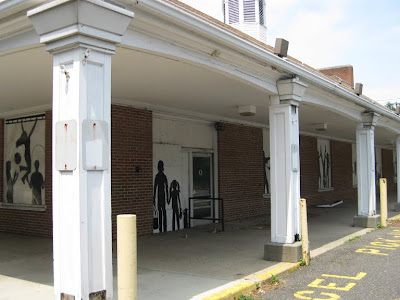 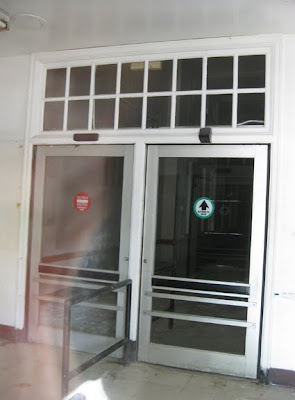 Impossible to get a glimpse inside. The indoors reflect the outer doors. I am about 100% positive this store had the Checkerboard Arch decor. 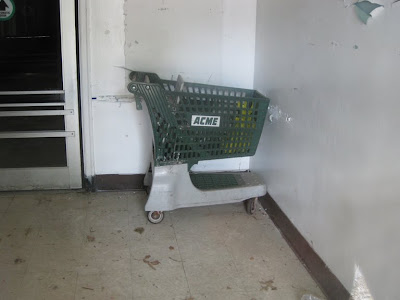 One lonely cart remains. Just about the only concrete proof that this store was an Acme. Wonder what else was left behind inside the store. 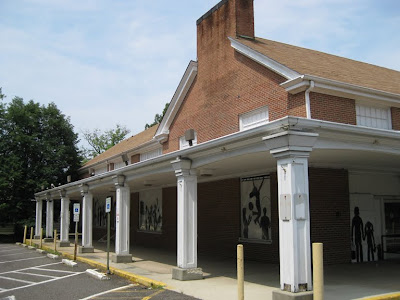 I believe the checkout stands ran along this side wall. 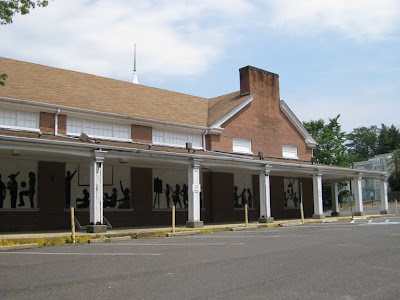 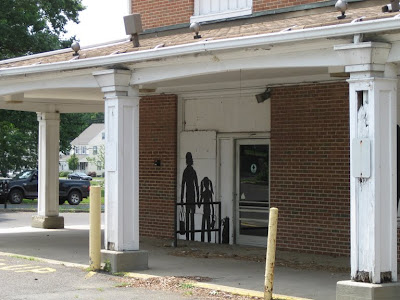 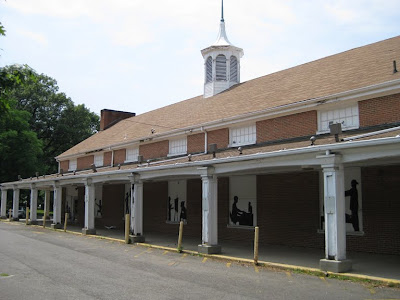 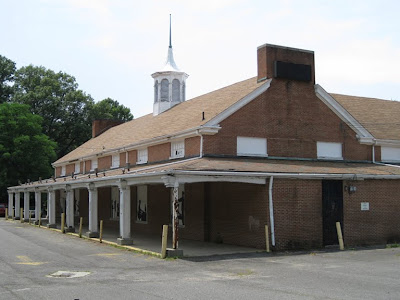 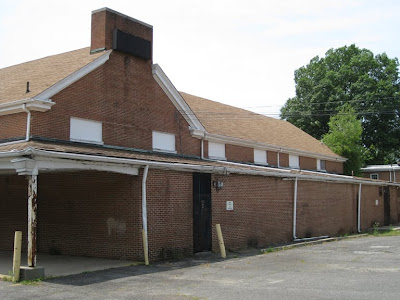 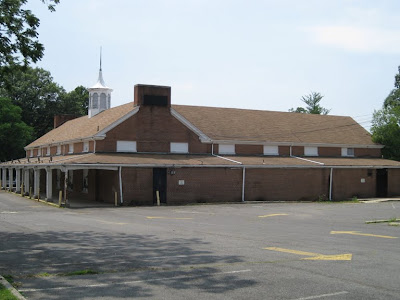 No loading docks. Not even a double-wide door to be found on either side of the building. 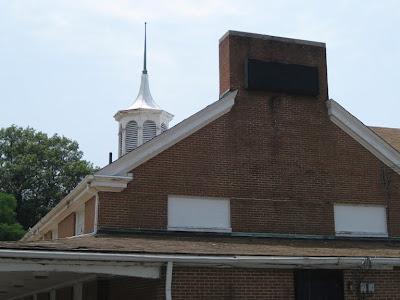 The fish-eye logo sign used to be up at the top. Not sure if this store had an updated logo in it's later years. I do have a picture of this store when it was opened but unfortunately I don't have permission to post it at this time. Maybe the owner would be willing to provide an unwatermarked version and allow me to post it, credited however he wishes? 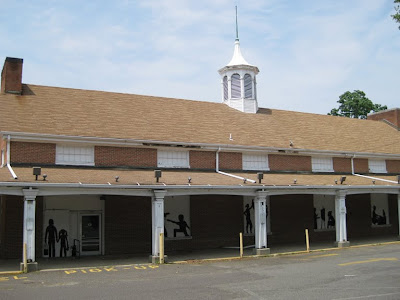 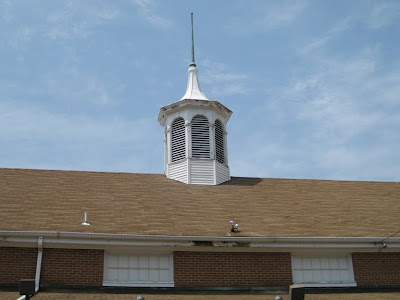 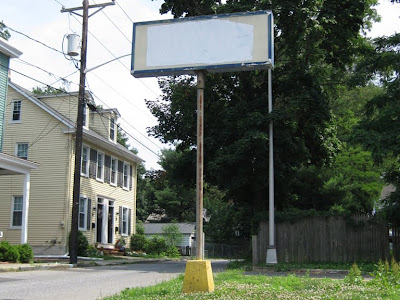 Couldn't see a clue as to what logo was underneath the paint. 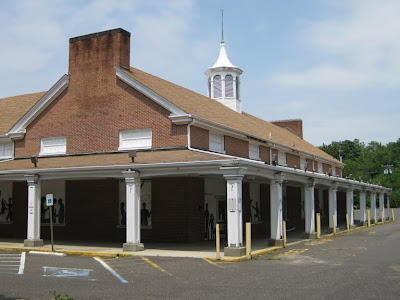 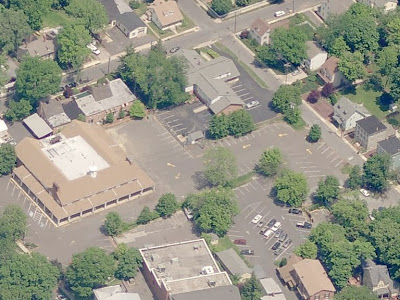 No main parking lot here. Just a bunch of smalls ones located around the property. Would have been a long walk from the rear most parking lot to the front doors. 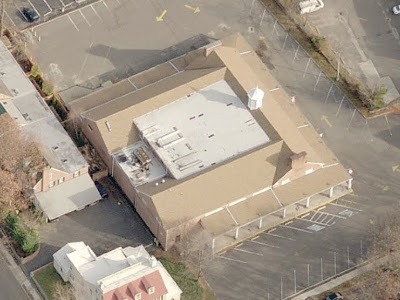 The center section looks to be a second floor were the breakrooms may have been located. 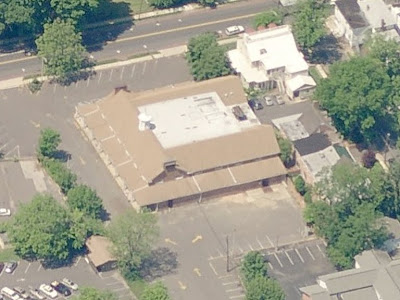 And now for the brand-new Moorestown Acme... 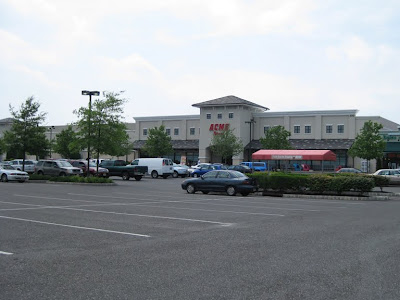 As new Acmes go these days... this one is quite unique too. 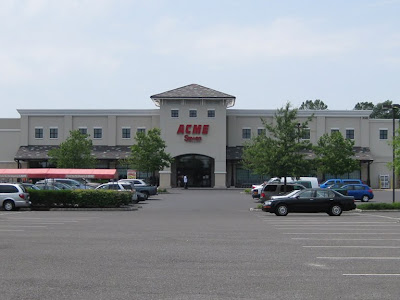 The windows along the top are seen from the inside of the store as well. The decor inside is Albertson's Marketplace. The store is so huge, many aisles are extremely wide. 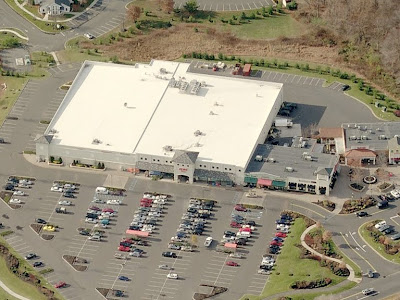 Located at 350 Young Avenue, this Acme must have been a huge success when it first opened. Competition has since opened up nearby. Rumors are this store is not doing very well these days. 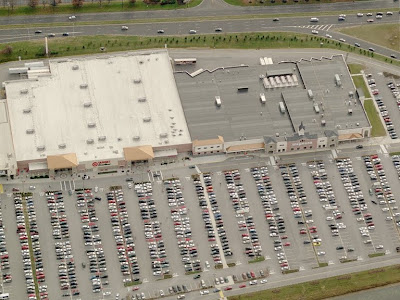 Wegmans and Target opened up just across the street. Check out those crowds. Target with their low grocery prices and Wegmans with it's extensive fresh food offerings leave shoppers with little reason to go to Acme. 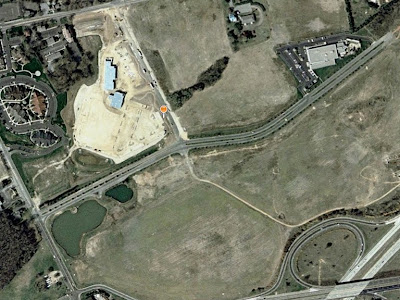 Here's a very outdated aerial shoot. The new Acme is located at the orange dot but had not been built yet when this photo was taken. The Wegmans and Target would be built in the section at the bottom of the image near the ponds. More stores were built all along to lower half of the image along the main road. Today this entire area is jammed with shopping options.