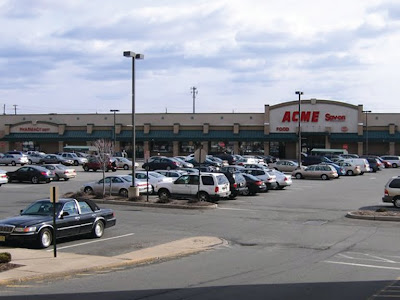 Opened in February 2004. Replaced an old store over on Rt. 46 which opened in 1959. This store has the Albertsons Marketplace decor. The Sav-on Pharmacy closed in March. 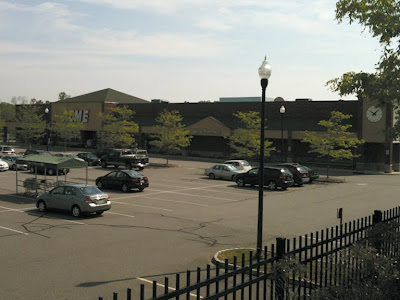 The site of a planed Grand Union, Acme took over when GU went under. Opened in 2002. The store was to have the Acme Theme Park decor but wound up with the Albertsons Marketplace look. Very nice store and appears to be extremely successful. It's loaded with every self-service food bar that Acme has to offer. The Bakery has high-end offerings not commonly seen in Acmes. The store is smaller than it appears here. The aisles are relatively short but the store is quite impressive nonetheless. 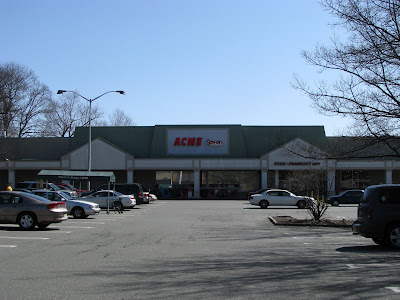 One of the most successful North Jersey Acmes of all time. This store was to be torn down and replaced with a new larger store on the same property. Those plans fell through and the store was remodeled instead. Currently has the Industrial Circus decor.

One of the most classic Acmes still in existence. Checkerboard Arch decor with the original layout still in place. 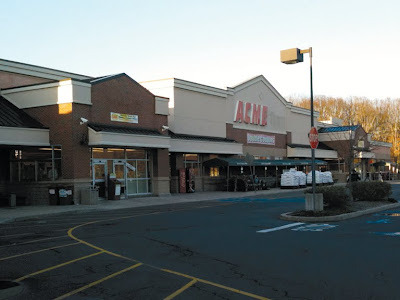 Milltown opened in 2001. You can see the back of the store from the New Jersey Turnpike. Can be tricky to get to. The interior is the Acme Theme Park decor. Sav-on Pharmacy closed in March. 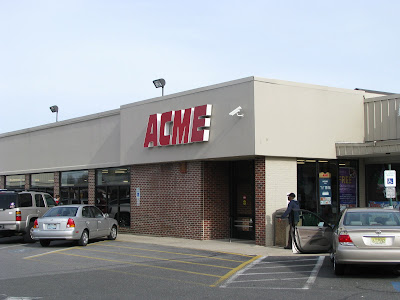 A must-see Acme. Around 15,000 square feet with an entrances in the front and back. Scaled down Albertsons Marketplace decor. Impressive "grand aisle" and in-store bakery for such a small store. This store's decades worth of success is all about location, location, location. No Walmart or Wegmans opening down the street from this one. 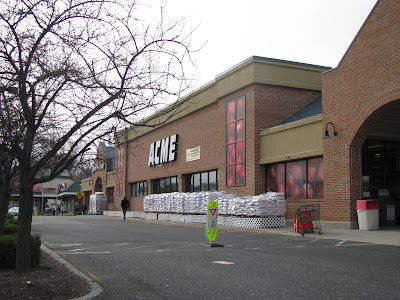 This new store replaced the old Lincroft store in the same location. Premium Fresh and Healthy on the outside, the deluxe Chalkboard Market decor. This store was part of Acme's big push back into North and Central Jersey back in the early 2000's. This store was a big success. Many others were huge failures. 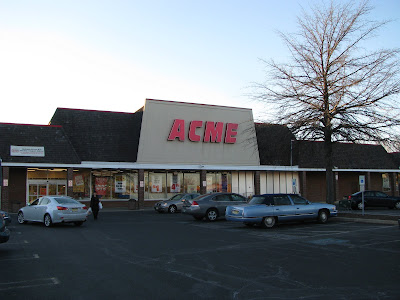 The cut-off point for the North Jersey stores here at Acme Style. This store has the Chalkboard Market look. Looks to do quite well despite a much larger A&P Fresh just down the street.