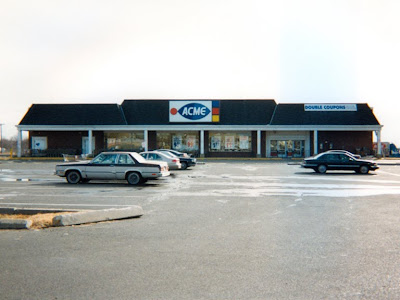 The Port Reading Acme closed in September of 2000. Judging from the building style it opened sometime in the late 60's. From what I can gather, this style came after the pitched-roof concept was retired and was used for only a few years. Larger stores with alot less charm were built throughout the 70's. The only store of this style still intact that I know of is Manasquan NJ. That store is also the only Acme still displaying the fish-eye logo. 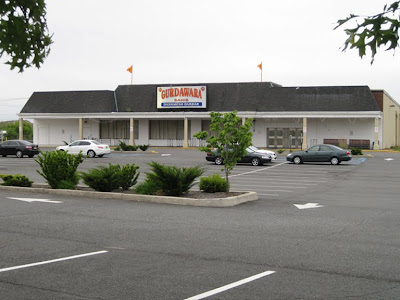 After sitting empty for four years, the Acme wound up becoming the new location of the "Gurudwara Dashmesh Darbar Sahib". Not sure what all of that means but essentially the building has become a church for the Indian religion of Sikhism. There were people coming and going while I was there. I desperately wanted to take a peak inside but didn't want to offend anyone by asking. Kept my distance while taking pictures. Figured I would have a tough time explaining my obsession with Acme as my reason for taking a million pictures. This is not the first former Acme to become a house of worship. The others I know of are former pitched-roof stores which seem to lend themselves better to being converted into churches. 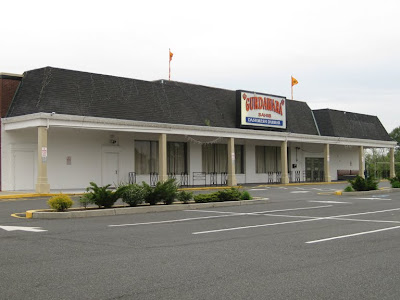 The cart coral gates are still in place along to sidewalk. Look closely and you can see where the Double Coupons sign was hung. 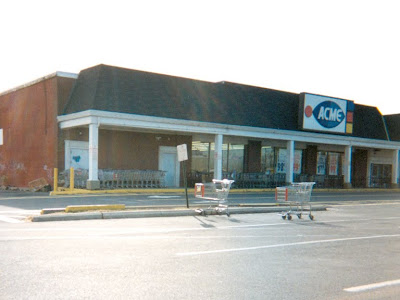 Sad Acme. I'm very curious about the layout here. Judging from the entrance the Produce department was located on the right side of the store yet the Produce receiving doors are on the left side. Can't say I have seen this set up before. This store is the late 60's style but appears to have the layout that became standard in the 70's. The 70's wouldn't have doors here on the left. This corner would be occupied by the in-store Bakery. It also seems as though the backroom area of this store was relatively large compared to the overall size of the building. 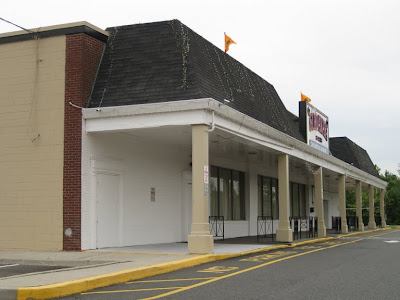 A very tall store. Seems to feel larger than it really is. 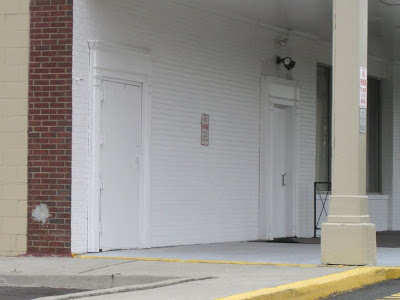 Produce receiving doors with some Colonial touches remaining on the door frames. 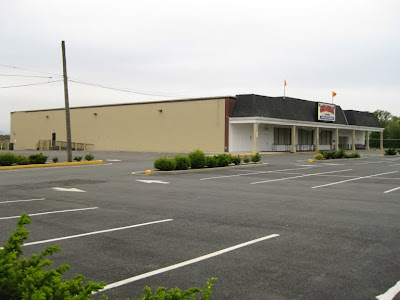 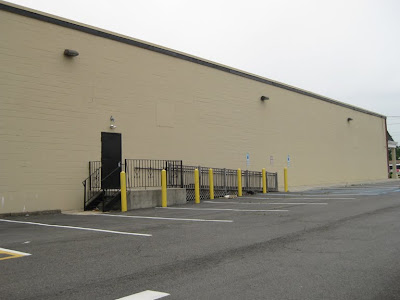 The walls seems massive for this size of store. 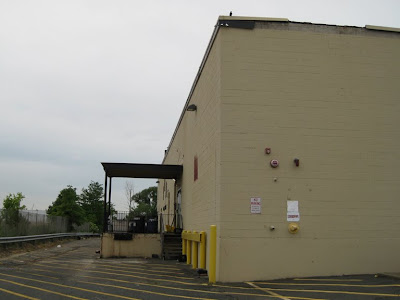 Guessing this was Dairy and Frozen receiving. 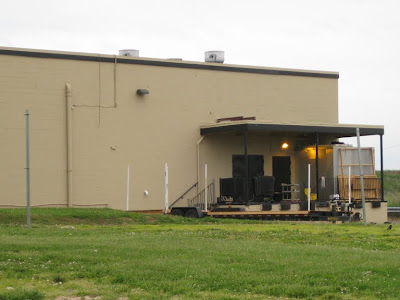 Grocery receiving still relatively intact. I could not find evidence of where the second floor breakroom room and employee bathrooms were located. Probably located along the back. 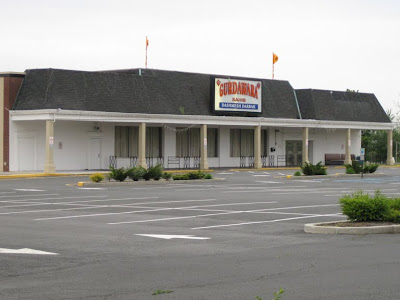 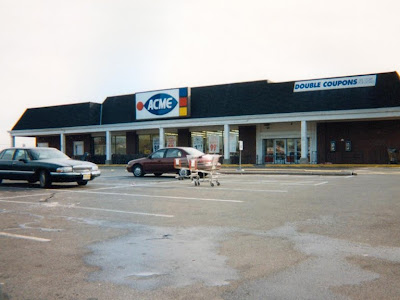 You can see here how it would seem logical that Produce was to the right with Customer Service to the left of the entrance and the registers lining the windows. Exit out behind the Customer Service Department. Standard layout of 70's and 80's Acmes. 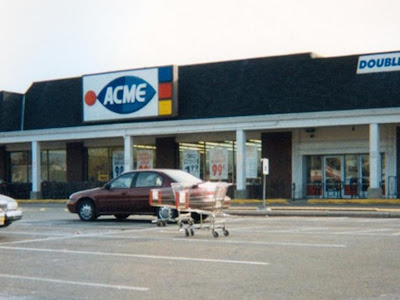 Extreme close up! You can almost see inside. If I had a GPS 10 years ago I could have gotten to so many of the stores that were shuttered the minute Albertsons took over. Tons of classic Acmes sadly met there demise in the very early 2000's. 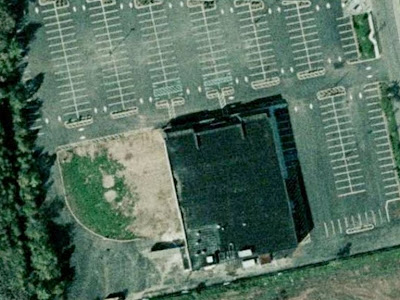 Was there a building next door? The Clayton store has a similar patch of grass in the same exact location. 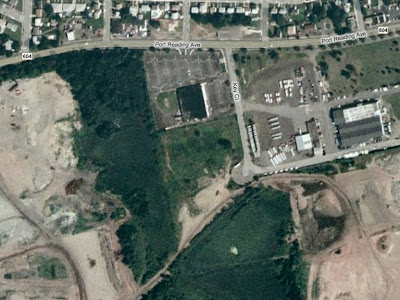 The Port Reading Acme was literally located on the edge of town. Now the Acme Market may be gone, but the Acme Manufacturing Company remains right next door. ACME has all the gates and railings you would ever need. 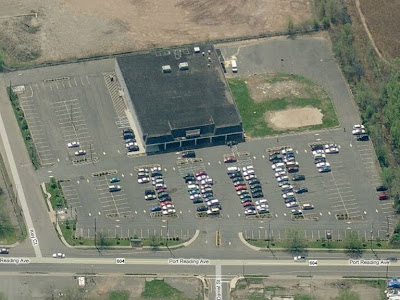 Acme enjoyed providing massive parking lots back in the day when space permitted. Was this parking lot ever half full in the Acme's heyday? I can't imagine it was.