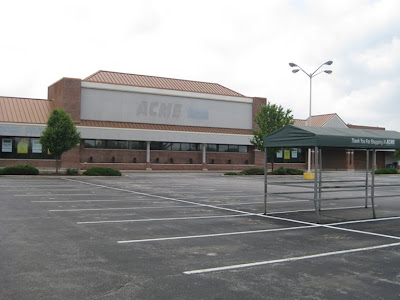 Abandoned yes. Gone forever... maybe not. There are rumors online that Acme may reopen this location. The company still holds the lease here and claims to have shuttered this store due too many other Acmes in the area. Also contributing to the closure may be a new Wegmans opening in October in Collegeville. Acme has a newer store which opened earlier this year about 5 miles away in Limerick. That store is Acme's only new 2009 location. There are other rumors that the Limerick store is not performing as expected and Acme may reclaim the Collegeville location.

ShopRite has been attempting to purchase the lease from Acme and plans to launch a $10 million transformation of this site. Acme would rather not have ShopRite move in as that would impact business at the Limerick store. Acme has been hoping to section off the store so that smaller, non-grocery type stores can move in. Meanwhile, other merchants in the center are furious with Acme holding out on ShopRite's offer. Their businesses have all suffered greatly since Acme left. Some are even trying to get their rents lowered as the shopping center is no longer the draw it once was. 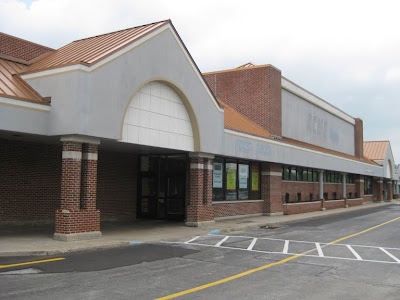 Not sure when this store was built. I would guess it was the late 90's. This style of building has the same layout of the 90's stores with a simplified exterior design that became more common as the 90's wore on. 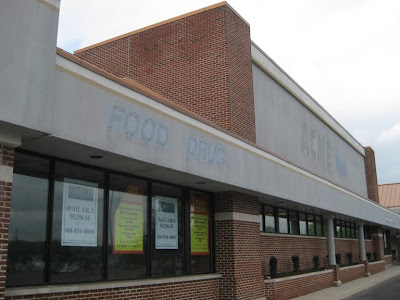 FOOD • DRUG labelscars. It looks like these signs as well as the SavOn sign were taken down prior to the store closing since they appear to have been painted over. The Acme labelscar was not painted over. 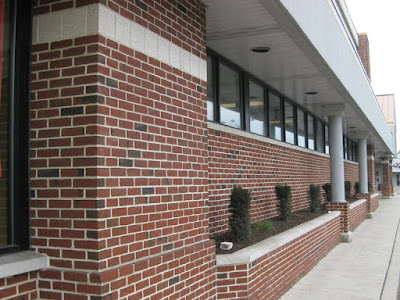 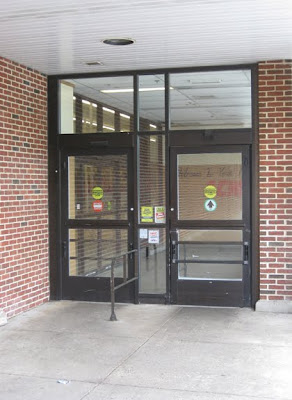 Left side entrance and exit. 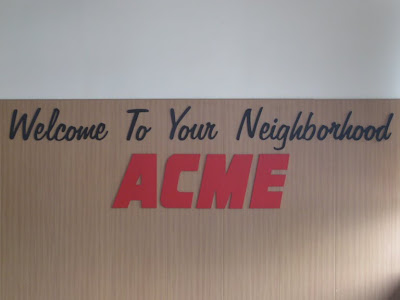 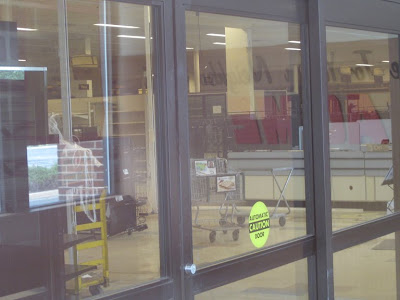 Unfortunately another round of bad interior shots. The reflections on the glass make clear views of the inside nearly impossible. Hoping to return to this location after dark to get better shots. 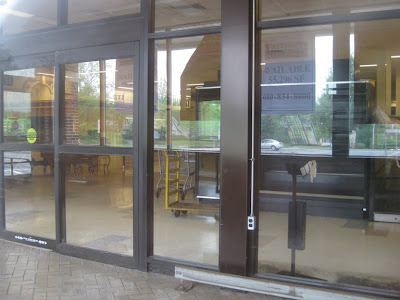 The Produce alcove is over to the left. You can see the arches up near the ceiling. These correspond to the windows that to the back of Produce. When I was here I didn't think to go around the corner and check out the windows although they were mostly likely covered over on the inside with mirrors. It appears that this store started out with the 90's Red/White/Blue decor with a minor remodel done sometime in the last few years which gave the store the watered down "Albertson's" look of the early 2000's. 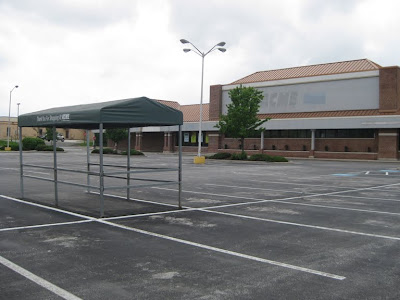 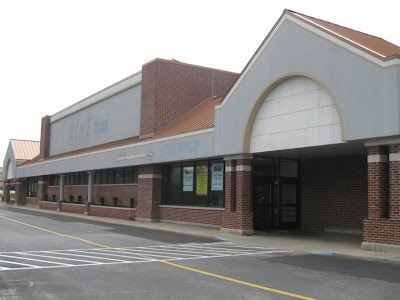 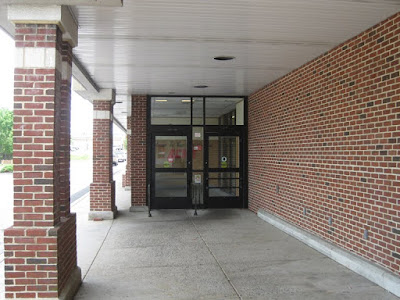 Right side entrance and exit. 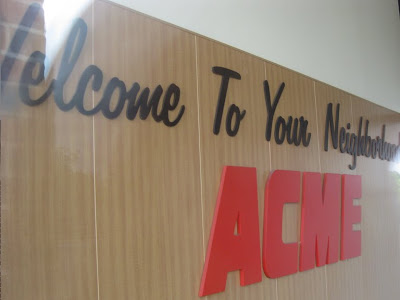 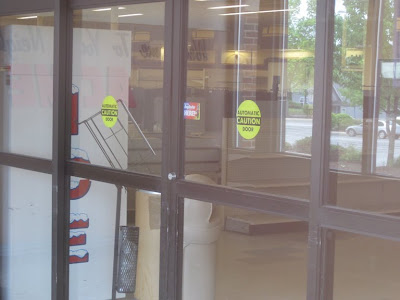 So unusual to see an Acme that hasn't been cleared out months after it closed. Fixtures and cases are usually removed promptly and moved into older stores in need of upgrading. 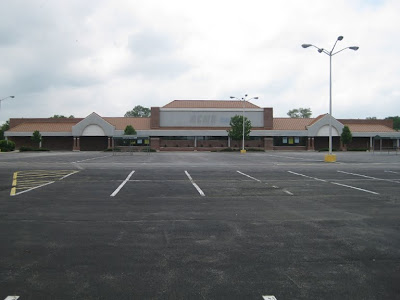 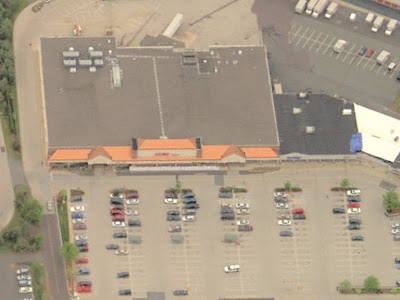 An aerial shot of the Collegeville Acme. The Rite Aid is just next door has closed as well. ShopRite plans are to expand into the Rite Aid space if they manage to acquire the lease from Acme. 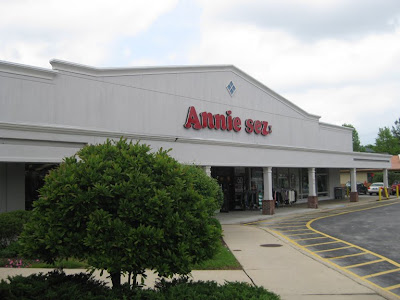 The fomer pitched-roof Collegeville Acme. Located at the other end of the shopping center. The new facade disguises the pitched-roof. A drop ceiling has been added to the interior. 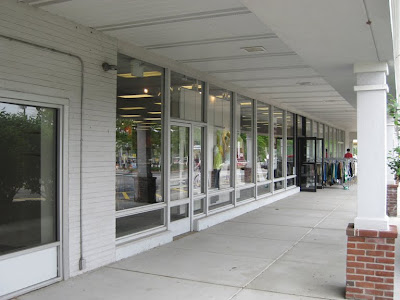 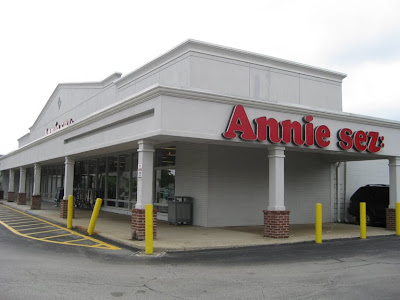 It appears the original awning and support posts were just covered over. 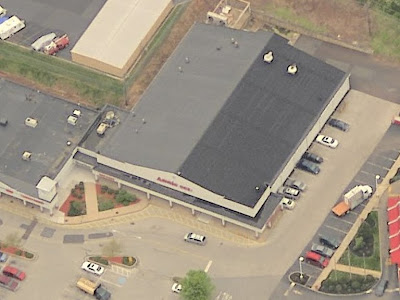 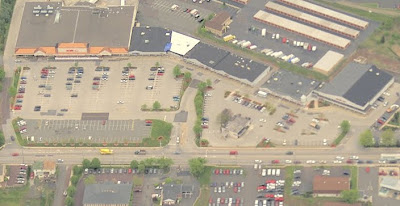 Here is a look at the entire shopping center. Former Acme to the right, abandoned Acme to the left. Now no Acmes in Collegeville.
Posted by Acme Style