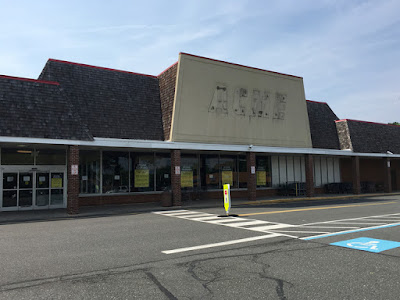 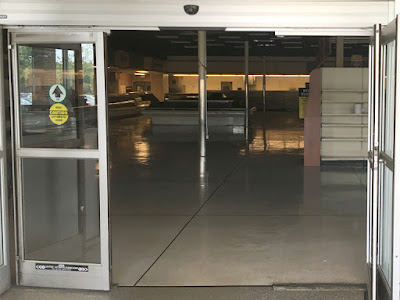 The Shrewsbury Acme is now abandoned and it doesn't look like Acme is in much of a rush to clear it out. The store has been replaced with a former A&P across the street. It would have been nice if the A&P was remodeled as Shrewsbury wound down for Acme to make the replacement more official. Not only has the store not been remodeled, the Tinton Falls store doesn't appear to be run nearly as well as other Acme conversions. I stopped in while I was in the area and was expecting to find the store in top form to win shoppers over to the *new* Acme. Unfortunately, that was not the case. Far too many poorly stocked shelves throughout the store for a Saturday afternoon. I was particularly surprised by the lack of product in the Bakery, as did two other shoppers I noticed who were shopping for a birthday cake. The store did have a decent crowd and plenty of open checkout lanes. Overall, the place just feels like it is not living up to its potential. 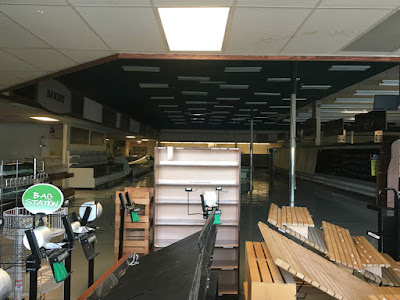 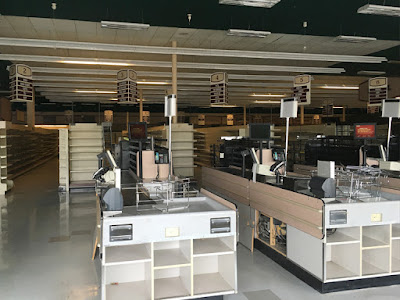 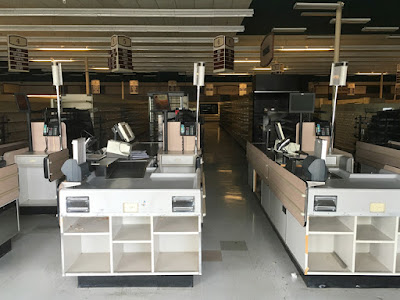 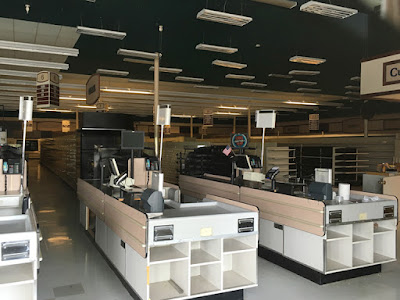 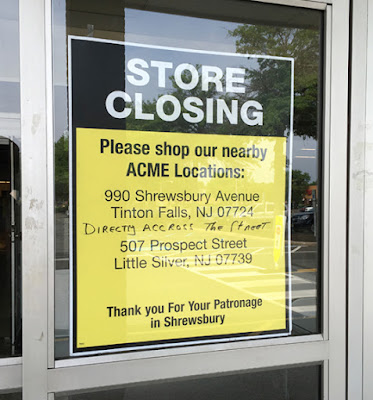 They should have added an arrow pointing to the left. You can't see the new Acme from this area and if you go "directly across the street" you wind up at Trader Joes. 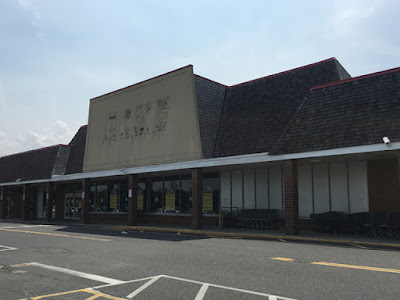 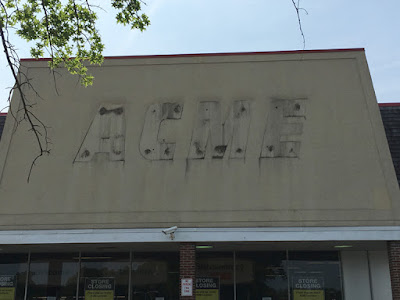 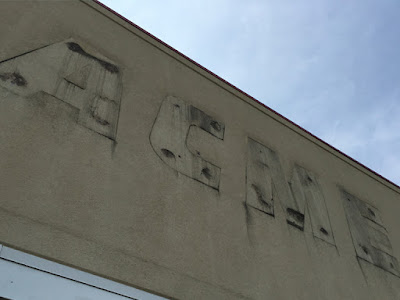 For full coverage of the Shrewsbury and Tinton Falls stores, click here.