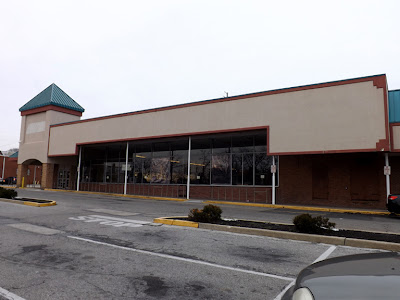 Thanks to Tom for a final look at Sharon Hill as it fades away after 54 years of service. It takes with it the very last 80's Remodel still in existence today. (At an Acme anyway. The 80's decor does live on at this store.) A classic 50's model which remained in it's original form to the very end. No expansion, no major layout changes to the interior. The store outlasted newer models in the area including the 70's era Yeadon stores and the 60's era pitched-roof store in Landsowne. To visit the Sharon Hill store while it was still open,
click here. 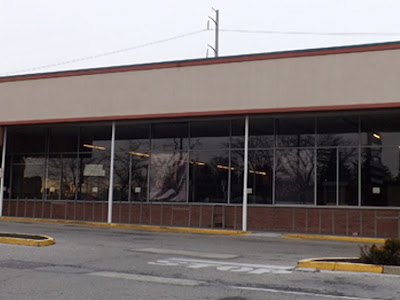 The original form of the store is disguised slightly by an awning upgrade that was done by the landlord. 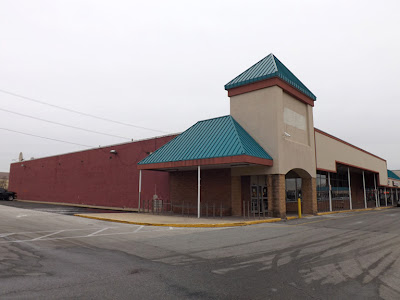 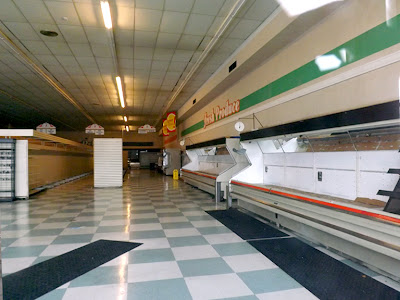 I'm fascinated that they took the decor elements off of the walls but left the department signage. It always seems to go the other way... leave the decor, remove the lettering. You can see an example of that here at the former Newtown store. Obviously there's more cleaning up here to do but it seems strange that if they were already pulling items off the walls, they wouldn't just pull down the department names too. 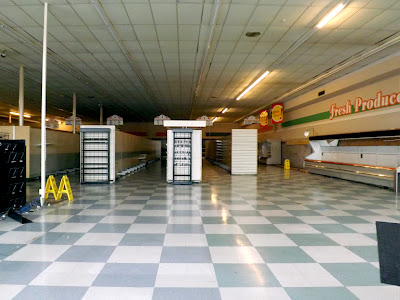 Another register or two would have been where the blue tiles are on the left. The CSR stand may have been here too just after the 80's Remodel. If you enlarge this image you can see that some of the blue tiles do not match the original ones to the far left. 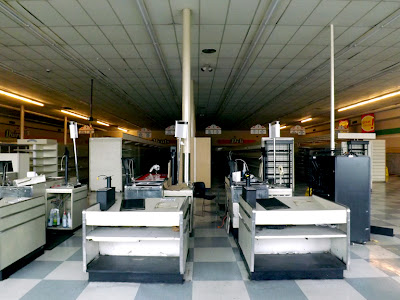 The registers look to be the ones put in back in the 80's. They do match the stands my store received around 1989 when we switched over to scanners. 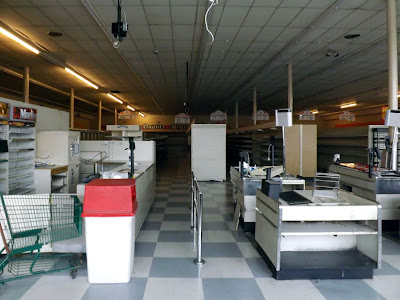 Express Lane and Customer Service to the left. The original office would have been located further to the left, in the front corner. They were often moved in 80's Remodels to make room for the in-store bakery. It appears that this store never had a bakery, just an alcove that has been used for "Great Deals" in the last few years. You can see that area by clicking here. What's interesting though is the the tiles in the alcove do not match the color from the 80's Remodel. (You can see those tiles here.) Perhaps this area was reconfigured sometime later. There is a former bread delivery room in the front which was being used for the manager's office. 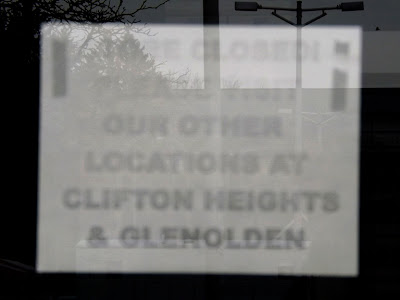 Interesting that they neglect to mention the store at the MacDade Mall in Holmes which is closer than the Glenholden store. 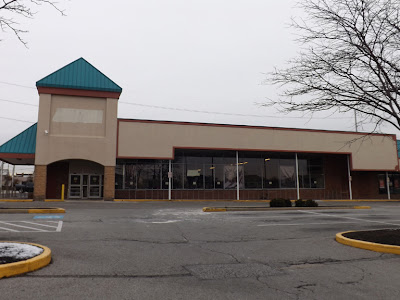 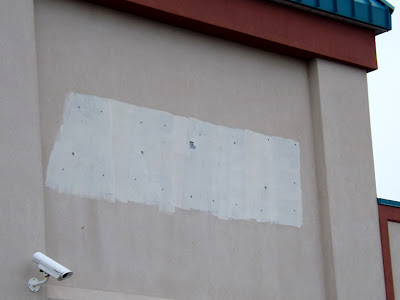 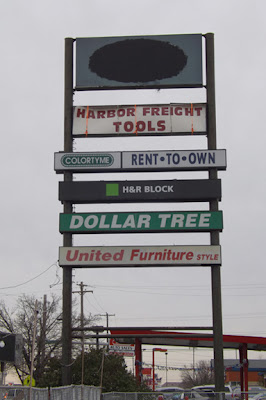 The last of the red oval logo signs... gone. 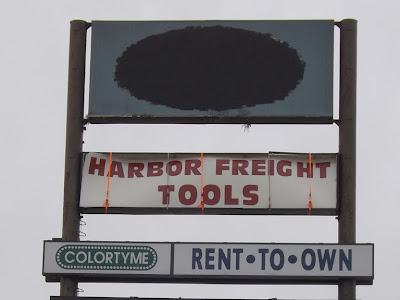 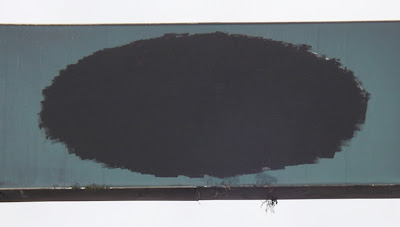 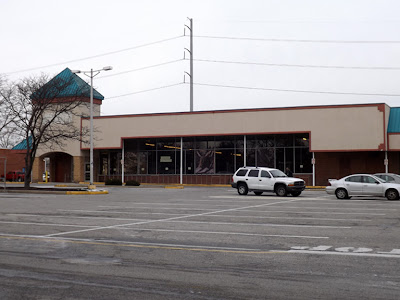 Amelia's Grocery Outlet will be taking over the space. Opening date is planned for May.

UPDATE 6.13.13: Ameila's opened today! Check out the comment left by Trent down below for more details.