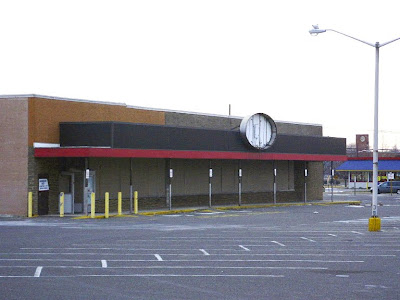 
Last Friday's post of the current Burlington Acme included satellite images of the town's former Acme, the most recent image showing property with the building long gone. Thanks to trex354, we can go back in time and see the old Acme! Abandoned at the time of the photos, the building was a hodgepodge of additions and upgrades. An expansion to the left side of the store can be clearly seen in the photos. The addition appears to have been done between 1963 and 1971 when comparing the satellite images of those years. The brick on the bottom half matches quite well, but the same cannot be said for the top half. The addition here resembles that of the one done to the old Newtown store, even with a slight bump in height along the newer section. Neither store received the "Super Saver" awning when the cursive letter logo was switched out for the fish-eye sign. Stores in Newton and Sparta did receive an awning upgrade when the fish-eye sign was installed. Burlington's awning went the same way the old store in Lincroft did with this rather odd brown box. 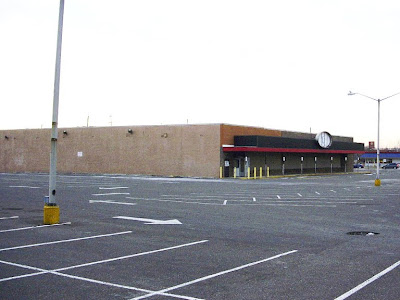 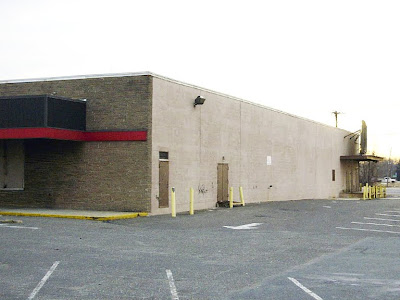 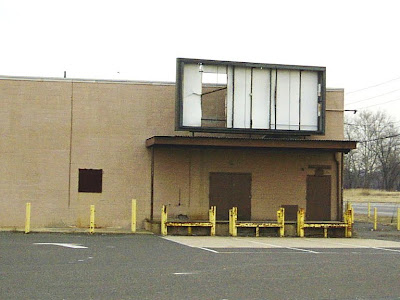 Unfortunately signs here were removed rather than painted over. Delivery doors and trash shut along the side as there is a lack of space at the back of the building. 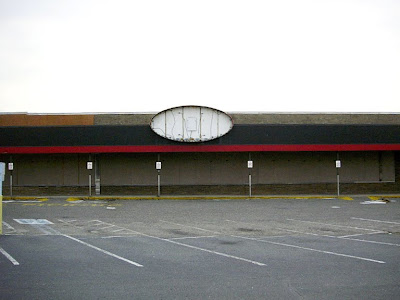 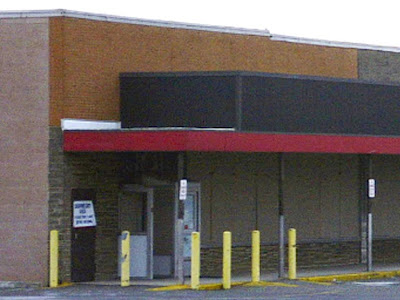 Burlington had the same odd door configuration as Woodstown, possibly due to a lack of a vestibule inside. 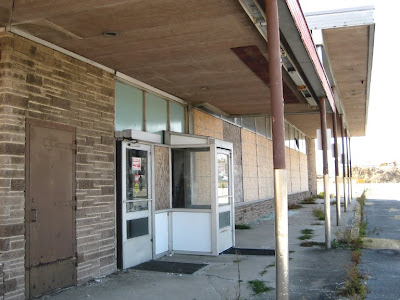 Not sure if the mini-vestibules were original to the buildings or added later. The appear to be somewhat of an after thought. 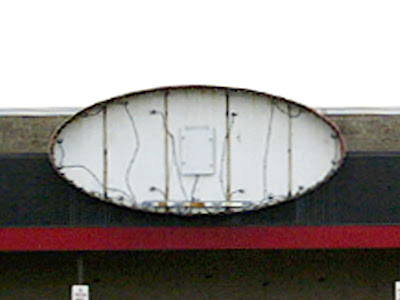 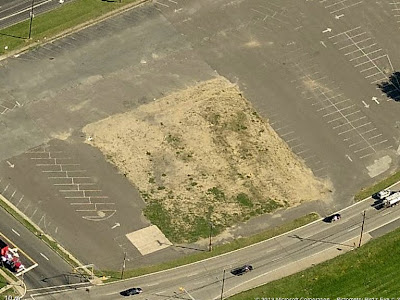 As we learned in the comments section in the current Burlington Acme post, the building remained abandoned until it was torn down in 2006. The property is now home to a Super Wawa.