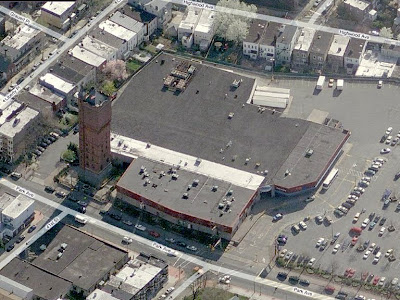 Just 3 days after A&P announced it had exited bankruptcy, the Weekawken Pathmark began celebrating its Grand Re-Opening. When I got word of the re-opening, I assumed the store had undergone a minor refresh. It has been my understanding that when a retail/grocery chain is in bankruptcy, store improvements are to be kept to a minimum. I headed over to Weehawken on Saturday to check things out and was blown away by the floor to ceiling remodel of this store. Absolutely everything has been replaced. The interior is a brand-new look for Pathmark and isn't based on anything A&P is doing at the moment... unlike the D.O.A Sav-a-center interiors which was based loosely on A&P's 3rd incarnation of their "Fresh" stores. While this store has been entirely redone, the layout has not changed. Departments all remain in the same exact spot with the Deli still located in the back corner by Dairy. The biggest improvement was made to the front-end. Looks like a few registers were eliminated to make make more breathing room as well as to add a much needed cart corral. New self-checkouts with "Express Yourself" signage are a huge improvement over the previous ones. The "Bag Your Own" lanes have been removed. The store has been photographed for an upcoming "Bonus Store" post.

Look who's taking over the abandoned
Hillsborugh Pathmark... 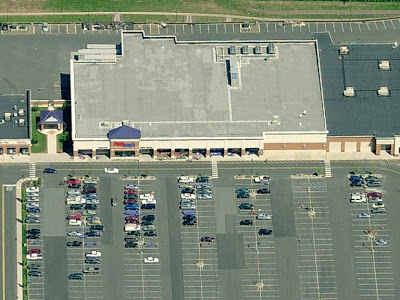 The Hillsborough Pathmark has been sitting empty since April 2011. A victim of A&P's last round of mass closings. The store had opened along with the center in the early 2000's. Apparently competition from ShopRite down the road and 2 nearby Stop and Shops finally proved too much to be too much. The Pathmark was also located far back from 206 which wasn't a help. Signage out along the road is sorely lacking for all of the stores in the complex. With Pathmark gone, the next supermarket to give the location a go is... Weis Markets! Somewhat surprising news since the company doesn't have any other stores in this area of the state. Their three New Jersey locations are up north. You gotta give 'em credit for this... each one was built right next to a ShopRite. A location in Flanders, NJ, not located next to a ShopRite, failed. It's now a ShopRite.

You can read an article about this on Hillsborough Patch. Weis' arrival has not been officially announced yet, but a map of the center on Kimcor Realty's website currently show's the space designated as a Weis Market. 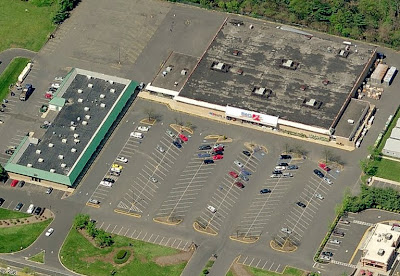 Would you look at this... the unbelievably tiny Big Kmart in Hillsborough is finally going out of business. Signs went up just this week after years of this store managing to hang on after endless rounds of store closings for the chain. The last time I was in this store, the credit card reader asked me if I would recommend the store to friends. I regretfully had to check "no".

And finally, in Acme Style news...

While I am not announcing another break at this time, I can say that I have no idea when the next big post will be going up on the blog. I have several posts well into production but can't seem to get them done for one reason or another. Also being sidelined by a massive "Bonus Store" post which just keeps growing by the day. I do hope to get some smaller posts up in the next few weeks. In the meantime, please check out the AcmeStyleDirectory.com website for assistance in exploring the extensive content on the blog.... 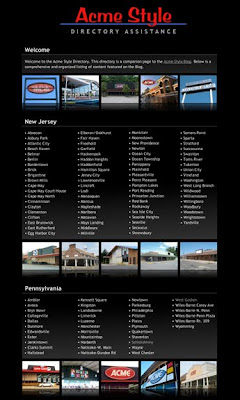