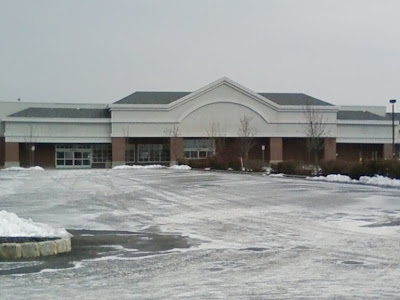 Still wrapping some unfinished business from 2009... I photographed this store last February on a cold and miserable winter day. Haven't put it up yet since it's not the most exciting former Acme out there and the pictures aren't that great. This was one of the first stores I photographed after launching Acme Style. Back then I wasn't as adventurous with the picture taking as I am now.
Located on Rt. 79 in Marlboro, New Jersey, this 2000's styled Acme/Savon closed on November 2, 2006... the same exact day as the Freehold store. (You can check out that store by clicking here.) Marlboro had been opened for all of 5 years but according to reports from the company had never made a profit. The Freehold store closed less than a year and half after opening and it too wasn't able to reach profitability. Both of these stores were built in an effort to reestablish Acme in the Central to North Jersey market area. Unfortunately the efforts were unsuccessful... due in large part to very poor choices of locations. 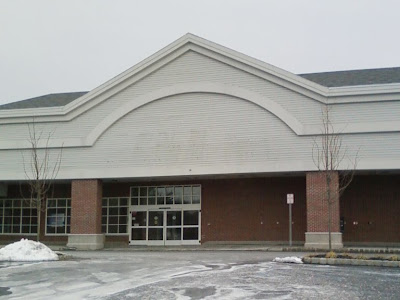 The awning has very similar look to the older A&P/Superfresh facades. Here you can see the Acme/Savon labelscar and the main entrance to the store. 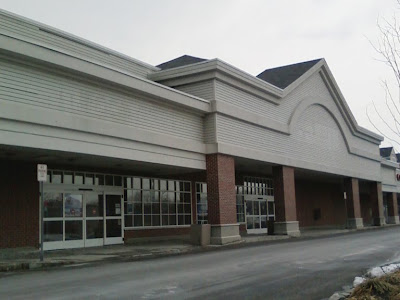 If you look closely here, you can see the older Acme labelscar just under the arch. The sign was moved down when the Savon sign was added to the front of the store. The re-branding of the Acme Pharmacies as Savon began not long before this store closed. 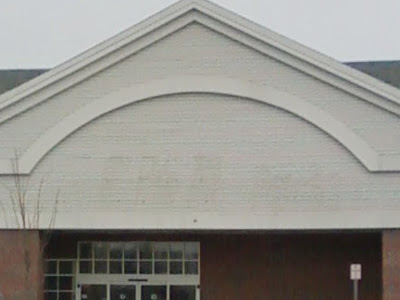 Here you can see the labelscar after "Acme" was moved lower to allow space for "Savon". 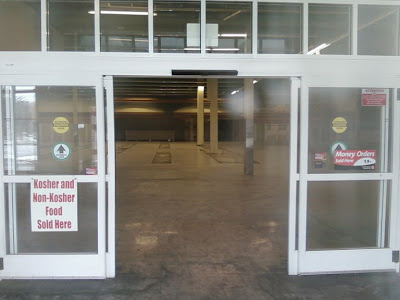 The entrance... with the Blue and Brown Marketplace decor which was standard issue in the early to mid 2000's stores. 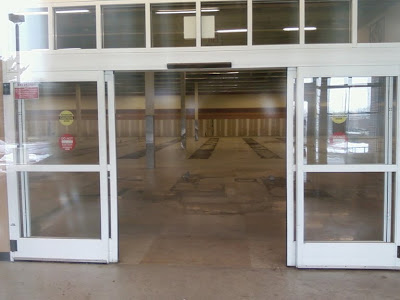 The exit... fortunately the inside doors were open. If they were closed the glare from the parking lot would have made interior shots virtually impossible. 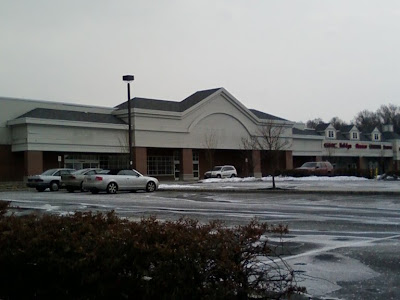 If I hadn't know better, I would have sworn that this was an abandoned A&P. There are a few smaller stores located on either side of the empty Acme building. 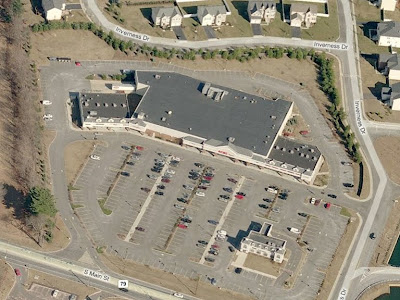 A satellite shot from a sunny day... makes the shopping center look a little more appealing. There is a housing development to the rear but other than that, this shopping center felt like it was in the middle of nowhere.
Posted by Acme Style