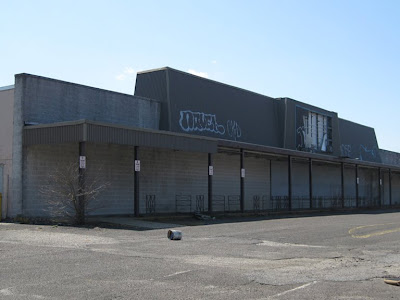 I have been holding off posting this store for months now in hopes of tracking down more information on it. Haven't come up with much. Lots of Acme Style readers emailed about this eerie location in Clemeton New Jersey. I had seen pictures of it online years ago and was lucky to stumble upon it when I was heading to the abandoned Berlin location last spring. 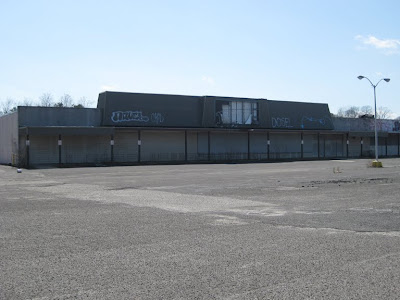 What I do know about this Acme is that is started out as a ShopRite. I saw a picture online with the ShopRite signage once but have never been able to find that picture again. As you will see below, this store is located right next to an abandoned discount department store. That store started out as a WT Grants and may have become a Woolco. Unfortunately I have no dates as to when any of these stores opened or closed. 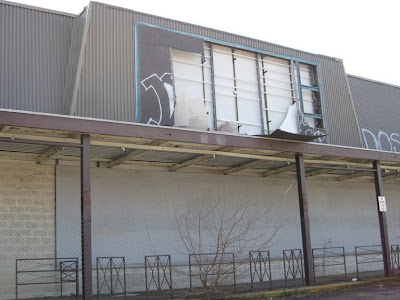 The criss-cross gates along the sidewalk were very common in Acmes of the 70's and 80's. Kept the shopping carts from rolling away. 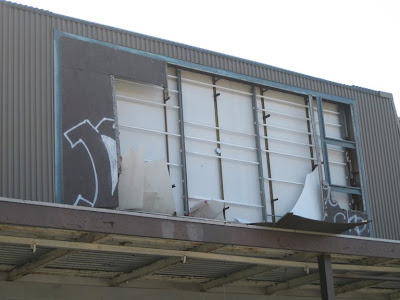 Evidence of the fish-eye sign there to the right with the three boxes. There are pictures on flickr of the sign prior to it being vandalized which indicate that this store had the red oval logo prior to closing. 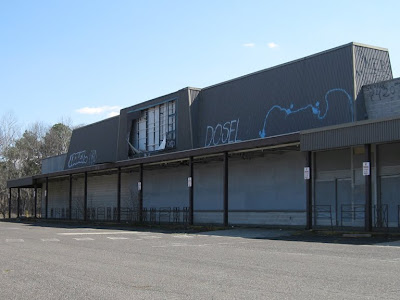 I would say that this was a larger than average Acme when it took over from the ShopRite. 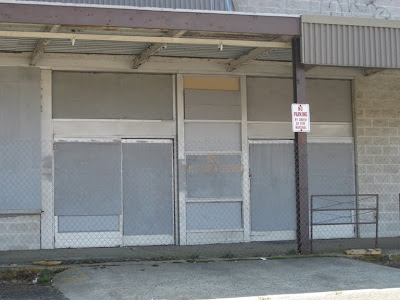 Entrance on the right would have lead into Floral and Produce. Exit to the left which would have been behind Customer Service. The section in the middle looks like it had a window to post the sales circular and other specials. Another common feature in late 70's – early 80's stores. 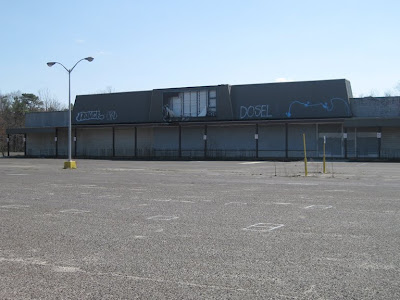 I have several aerial shots below that show the ridiculously huge the parking lot was for this shopping center. 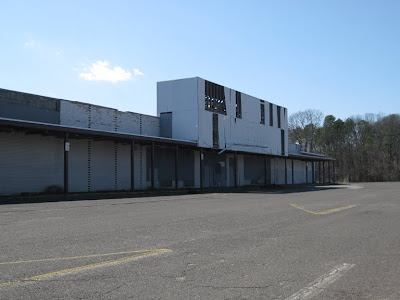 Here is the abandoned WT Grants to the right of the Acme. You will see in the aerial shots below that this store was massive in size. 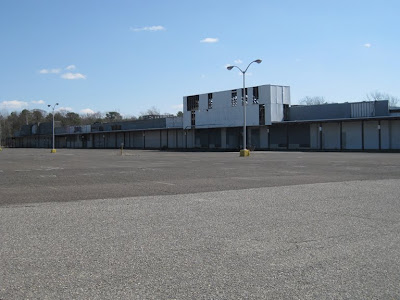 From what little I have read, this shopping center has stood empty for at least 10 years. Efforts to bring new stores in were futile due to various problems with the property which included shoddy construction of these stores and a lack of proper drainage. 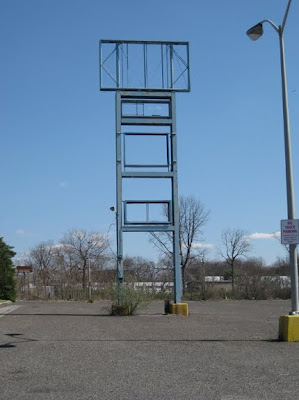 The sign up on White Horse Pike. You could almost miss this shopping center as you drove by with the stores seemingly miles back from the road... 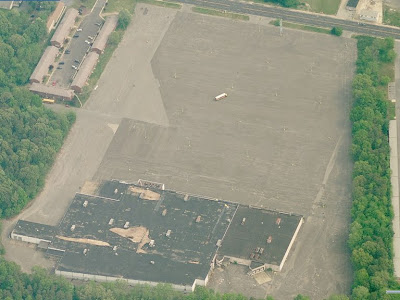 The world's largest parking? Just might be. Even in this shopping center's heyday, would this parking lot even have been half full? 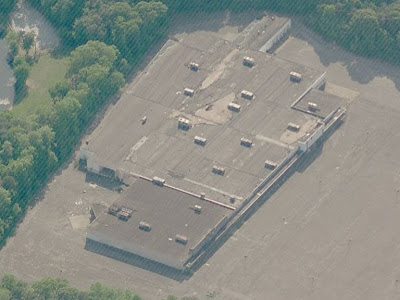 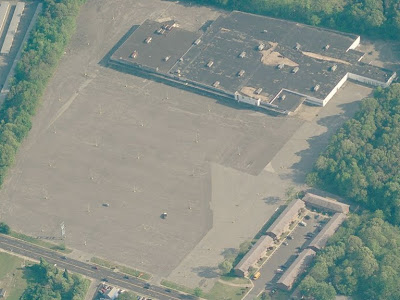 Quite a drive there from the entrance all the way down to the Acme! Hope there are readers out there who can provide more details of this abandoned shopping center.

UPDATE 9.24.10: Thanks to grrrkels, we have some interesting new pictures inside... and on top of... the Grants Department Store... 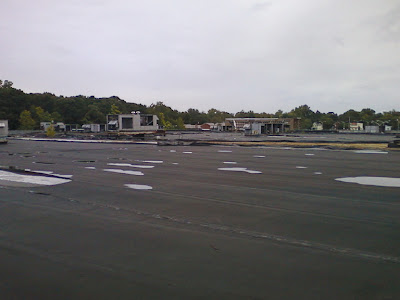 On the roof of the old Grants store. 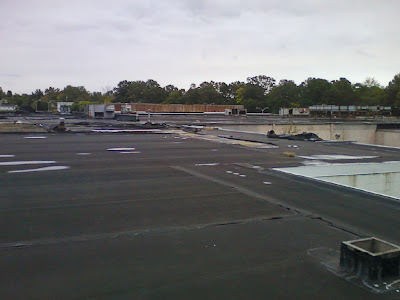 Looking over towards the Acme. 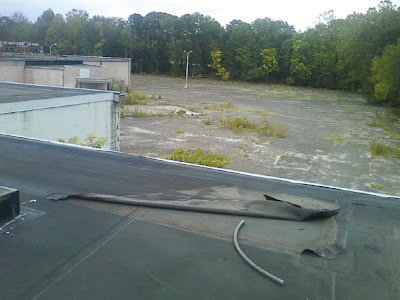 The rear of the Acme in the upper left. 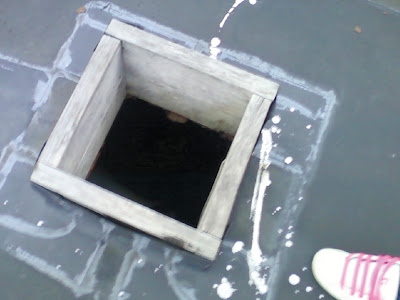 Now down into the Grants... 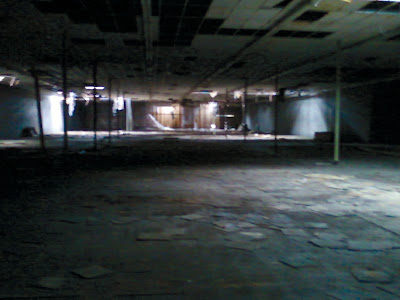 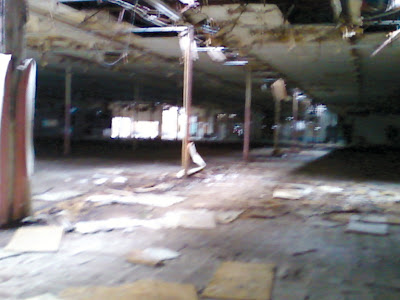 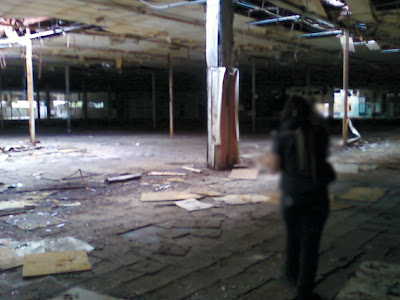 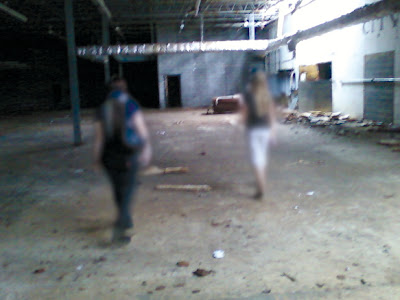 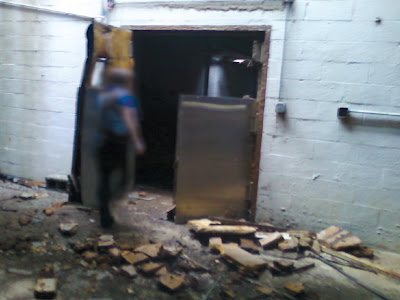 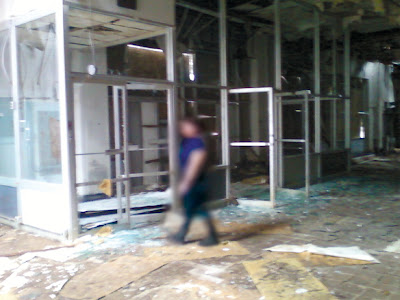 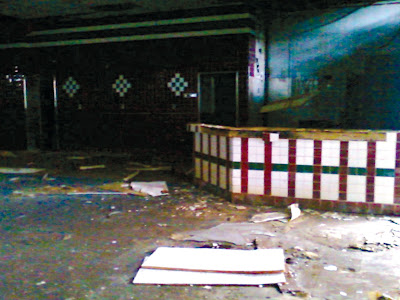 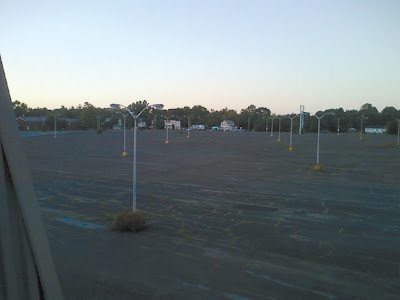 Up behind the Acme awning over looking the huge parking lot.